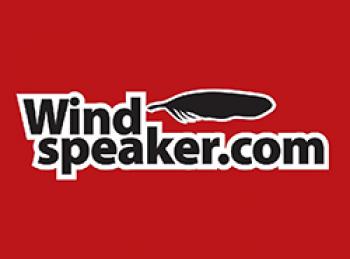 A news conference held in Vancouver by applicant Indigenous Nations, who today with environment groups won a bomb-shell victory in the courts that quashed approval of the Trans Mountain Pipeline Expansion, just wrapped up and their messages sent to Canada were clear.

Indigenous Nations will continue to protect the land and the waters, said Chief Judy Wilson. This should be a turning point for the federal government, said Tsleil-Waututh Chief Maureen Thomas.

The court ruled that the “unjustified failure to assess the effects of project-related shipping under the Canadian Environmental Assessment Act, 2012, and the resulting flawed conclusion about the environmental effects of the Project was critical to the decision” to approve Trans Mountain, but with such a flawed report, by the National Energy Board, the Governor in Council could not legally make the kind of assessment of the Project’s environmental effects and the public interest that the legislation requires.

The court also said Canada did not fulfil its duty to consult with and accommodate the Indigenous applicants.

And now, if Canada should want to proceed with the project, it must re-do its Phase III consultation and only after that is completed and any accommodation made can the project be put forward to make a decision on approval.

Chief Stewart Phillip, president of the Union of BC Indian Chiefs, said he was elated and ecstatic with the decision, but also “taken aback”. He anticipated a loss for the nations, he said; he thought he would have to make a speech to encourage people to carry on with the battle. But not so. The court had agreed with the objections the Indigenous nations and other applicants had made regarding the project, he said.

Chief Robert Chamberlin said the consultation and accommodation process was unilaterally defined, and that was not good enough.

He said Canada must work with Indigenous nations to jointly define and design such processes, so they live up to international commitments and show respect towards Canada’s promises on reconciliation. Only such processes will ensure certainty for any development project in Canada, he said.

Councillor and spokesperson for Squamish Nation, Khelsilem, said Canada had not behaved in good faith or honourably with First Nations on Trans Mountain, and the court had agreed.

And asked by a reporter why the need to battle the project, Chief Thomas talked about her need to live up to responsibilities of the children and those not yet born with a quote from late Chief Dan George:

"Have I done enough to gain the fondness of my grandchild.”