War on opioids ongoing, but Blood Tribe has won many big battles 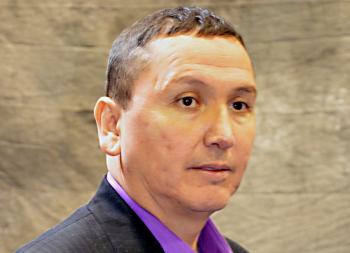 “What we did, I wouldn’t say showed tolerance, (but) we didn’t just blame everybody in our community. (We said), ‘If you’re dealing, if you’re an addict, please come talk to us to get help or we’ll find ways to help you change your lifestyle’…” — Blood Councillor Lance Tailfeathers
By Shari Narine
Windspeaker.com Contributor

It’s just as important for First Nations to hear the success stories as it is the impacts of opioid use on reserve, says Councillor Lance Tailfeathers. He will be talking about the strong work undertaken by the Blood Tribe in southern Alberta when he addresses those in attendance at next month’s First Nations Opioids Conference.

“We always hear the overdoses and what the rates are. So I think it’s good people come together and understand where it’s at today,” Tailfeathers said.

When fentanyl started claiming lives in record numbers on the Blood reserve in 2015, Tailfeathers was chair of the Department of Health. Overdoses were occurring regularly and the tribe lost about 20 members.

Four years later the overdose numbers have come down.

“This is a problem that won’t go away, because there are always trends that happen with every decade, whatever that may be, whatever weapon or drug of choice, but we’ve created the awareness, we’ve had dollars supplemented by the province as well as our own resources. We’ve created outreach, opportunities for our tribal members to look at other things other than addictions,” Tailfeathers explained.

It was a long, hard path, but Blood leadership and community members dug in to make a difference. Measures implemented by the Blood Tribe included setting up a special drugs-phone line to the tribal police and encouraging members to use it; passing a trespass bylaw which allowed tribal police to remove non-members who were staying on reserve and selling drugs; the distribution of Narcan kits, which contain medication that quickly reverse opioid overdose; implementing a social media awareness campaign; enacting safe withdrawal sites for members to get support; and forming a partnership with the federal and provincial governments.

Perhaps the hardest hurdle for the awareness campaign was changing attitudes and starting those conversations, says Tailfeathers, noting that many members were angered and frustrated by those who were selling drugs or taking drugs, not understanding they do so because of the lack of other opportunities.

“What we did, I wouldn’t say showed tolerance, (but) we didn’t just blame everybody in our community. (We said), ‘If you’re dealing, if you’re an addict, please come talk to us to get help or we’ll find ways to help you change your lifestyle.’ That may be more of a First Nations approach from our community,” he said.

Tailfeathers now has the economic portfolio on council and he says that role is also an important one for tackling drugs on the reserve.

“I know creating jobs is another way of keeping our members busy and happy about their lives. That’s where my focus is now,” he said.

While the Blood Tribe has come a long way from the early days, Tailfeathers says he knows it’s an ongoing battle, one faced by First Nations across the country.

Although opioids are a national crisis, First Nations in British Columbia, Alberta, Saskatchewan, the Yukon and Northwest Territories are currently the hardest hit and that is why the First Nations Opioids Conference is taking place in Alberta, a central location, says Rain Bear Stands Last, executive director with Global Indigenous Council, co-sponsor of the event.

“While the opioid crisis has affected every region of Canada, British Columbia tops the four regions hardest hit, with First Nations people facing the brunt of the impacts,” said Chief Judy Wilson, secretary-treasurer of the UBCIC.

Wilson, who is also chairperson of the general council for the Global Indigenous Council, will be speaking at the conference. Also on the agenda are Joann Buffalo of Maskwacis; and Butch Wolfleg and Reuben Breaker, councillors with Siksika Nation.

The conference will also include a session focusing on the legal options for First Nations, which will be led by members of the team that brought the flagship class action lawsuit against Big Pharma for tribes in the United States.

While such legal action “might be premature” for First Nations in Canada, Tailfeathers says he’s willing to listen and learn what steps need to be taken if First Nations here decide to go that route.

The First Nations Opioid Conference, “Opioids: Wiping the Tears. Healing the Pain,” organized by the Global Indigenous Council will be held at the Grey Eagle Resort in Tsuut’ina Territory, Calgary on May 6 and May 7.