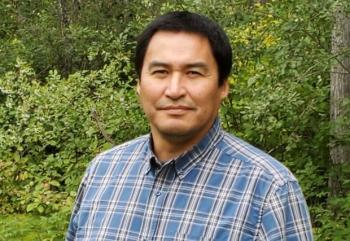 “The court also has the power to hear cases that are moot if it looks like the issue may arise again in the future and because the pandemic is reaching a third wave now, the pandemic isn’t going away anytime soon… The court needs to pronounce a judgement on these elections to create some certainty in a time of uncertainty.” — Rob Louie, president, Band Members Alliance and Advocacy Association of Canada
By Shari Narine
Windspeaker.com Contributor

In a statement released April 8 by Indigenous Services Canada, Minister Marc Miller announced the federal government will appeal the Federal Court’s decision that found invalid section 4 of the prevention of diseases regulations, which allowed band councils under custom codes to postpone their elections.

“We want to ensure that communities continue to have the necessary resources and tools available to them to manage the ongoing public health situation in a way that prioritizes the well-being of their communities,” said Miller.

In statistics released by the government, 65 of the 116 bands which delayed elections under the regulations were under a community or custom process; 36 bands were under the Indian Act and 15 under the First Nations Elections Act.

Floyd Bertrand’s fight against Acho Dene Koe band council’s use of the temporary Prevention of Diseases federal regulations to repeatedly postpone the community’s election has resulted in a federal court ruling that could impact custom code nations Canada-wide.

The regulations, passed April 8, 2020, allowed all First Nations to postpone their band elections and extend the terms of chief and council as a means to prevent the spread of the coronavirus during public gatherings resulting from the election process.

In his 39-page ruling, Grammond pointed out that the Indian Act did not regulate customary elections and therefore ISC had overstepped its jurisdiction by including those First Nations in the regulations. Section 4 of the regulations reads, in part, “The council of a First Nation … chosen according to the custom … may extend the term of office … even if the custom does not provide for such a situation.”

And specifically to the Acho Dene Koe, a band in Fort Liard, N.W.T., Grammond agreed with Bertrand that chief and council did not have the authority to postpone their elections.

“Moreover, Acho Dene Koe’s customary law requires elections to take place every three years and does not authorize the council to extend its own term of office,” wrote Grammond.

However, a notice to members and media released by Chief Gene Hope and council on April 1 stated, in part, that Grammond “declined to invalidate Chief and Council’s decision to postpone the elections.”

Bertrand and other band members have been fighting for an election since chief and council made their first decision to delay.

“We’ve been addressing this election since 2019 and it’s been ongoing…If our voices were heard at the local chief and council level it would have been a different story,” he said.

Bertrand sees this as a big win, which helps offset the disappointment from being on the wrong side of a decision the previous week. Bertrand had also challenged the exclusion of his nomination as chief in the upcoming April 26 band election, asking Grammond to add his name to the ballot. Grammond ruled that Bertrand could appeal the results after the election.

Although the First Nations Election Cancellation and Postponement Regulations expire on April 8, the one-year anniversary of their implementation, Grammond suspended the “declaration of validity” for 60 days from his decision. He said “on First Nations that may have availed themselves of the powers granted by the regulations and will have to hold elections on short notice” he considered a 60-day suspension “will afford sufficient time to all parties affected.”

Bertrand says it never occurred to him that his legal challenge of the issue would have ramifications beyond Acho Dene Koe.

Rob Louie, president of the Band Members Alliance and Advocacy Association of Canada (BMAAAC), which had intervener status in the case, is pleased with the outcome.

“What is extraordinary about this case is that both the federal government and the band council thought they were right but neither were aware of the consequences if they were wrong,” he said.

However, BMAAAC isn’t finished. It is co-applicant with band members in the Saskatchewan First Nations of Ministikwan Lake Cree Nation and Mosquito-Grizzly Bear Head-Lean Man First Nation and the Ontario First Nation of Gull Bay, which are challenging the federal postponement regulations as bands under the Indian Act.  Court dates have not yet been set.

“We need more clarity, for the court to define if this applies to those bands that fall under the Indian Act for their elections. We say the argument is the same,” said Louie.

Louie contends the issue is not moot even though the regulations will expire by the time these three cases are heard.

“The court also has the power to hear cases that are moot if it looks like the issue may arise again in the future and because the pandemic is reaching a third wave now, the pandemic isn’t going away anytime soon… The court needs to pronounce a judgement on these elections to create some certainty in a time of uncertainty,” he said.

In an email statement to Windspeaker.com, Adrienne Vaupshas, spokesperson for ISC Minister Marc Miller's office, said “We are currently reviewing the Court’s decision, and will continue to work with First Nations to support them in all aspects of pandemic prevention and planning. The health and safety of community members remains paramount, particularly as parts of the country contend with a third wave of COVID‑19.”