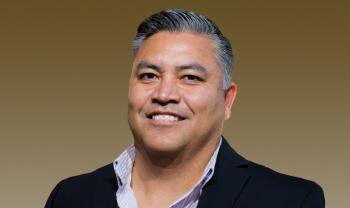 The government of British Columbia has today introduced legislation to recognize and uphold the human rights of Indigenous peoples in the province.

As laws are modified or built, they will be aligned with the UN Declaration. Additional elements of the bill include:

“With this new law, Indigenous peoples will be part of the decisions that affect them, their families and their territories,” said Premier John Horgan.

“Together with Indigenous peoples, we’re going to build a better future with good jobs and opportunities for people, strong environmental protections and healthy communities that include everyone.”

The Act was developed in collaboration with the First Nations Leadership Council at the direction of First Nations. The legislation creates a framework for reconciliation in B.C., in keeping with the Calls to Action of the Truth and Reconciliation Commission.

“First Nations across B.C., Canada and the world are watching the introduction of this historic legislation,” said Regional Chief Terry Teegee, BC Assembly of First Nations.

Cheryl Casimer, First Nations Summit political executive, said “The provincial government has a long history of denying the very existence and rights of Indigenous peoples. We are pleased that this changes today.”

Grand Chief Stewart Phillip, Union of BC Indian Chiefs, said, “Without a doubt, this unifying bill represents an incredible step forward in Crown-Indigenous relations in the Province of British Columbia.”

To support self-determination and self-government, the act will enable the Province to recognize other forms of Indigenous governments in addition to federal Indian Act bands, Treaty Nations and incorporated bodies and societies. This also provides more clarity for businesses and communities about who to engage when working with Indigenous partners.

In 2017, every cabinet minister in the provincial government was tasked with a mandate to implement the UN Declaration and the Truth and Reconciliation Commission’s Calls to Action. A commitment to adopting the UN Declaration in B.C. is a component of the Confidence and Supply Agreement with the BC Green Party caucus.