Trudeau sexist and condescending in his dealings, says chief 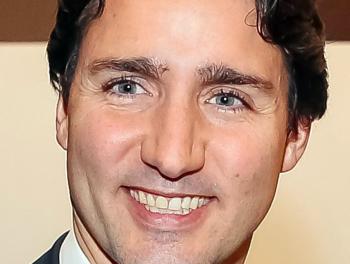 “I consider this a blow to all Indigenous women in Canada, especially those who have ambitions to become involved politically.” —Muriel Stanley-Venne
By Shari Narine
Windspeaker.com Contributor

“It is just so incomprehensible that we would have an intelligent, beautiful woman trying to participate in a government which is hostile to their very existence and this happens,” said Stanley-Venne, founder and president of the Institute for the Advancement of Aboriginal Woman. She is also a recipient of the Order of Canada for the work she undertook on the issue of murdered and missing Indigenous women.

Wilson-Raybould has offered no reason for her resignation as minister of Veteran Affairs and associate minister of National Defence. She held the position for less than a month. Up to that point she had claimed the title of the first Indigenous woman to be appointed Attorney General and Justice Minister, when Trudeau revealed his Cabinet in 2015.

In her resignation letter to Trudeau Tuesday, she said she had retained the legal counsel of former Supreme Court Justice Thomas Cromwell and was “obtaining advice on the topics that I am legally permitted to discuss in this matter.” She believes, that solicitor-client privilege prevents her from offering a statement on specific matters.

The resignation was precipitated by a Globe and Mail article last week that stated she had been pressured by the Prime Minister’s Office to intervene in the corruption and fraud prosecution of SNC-Lavalin, a corporation that is friend and financial contributor to the Liberal Party of Canada. The charge of interference from someone within the PMO has yet to be proven, but may also have played a role in what many viewed as Wilson-Raybould’s demotion in Cabinet in January.

While Stanley-Venne has no inside information as to whether or not Wilson-Raybould had been pressured, she does have her own story of being asked to resign from a federal appointment. In 1985, Stanley-Venne says she was asked by federal Conservative Minister of Small Business Andre Bissonnette to resign her position on the Native Economic Development Board. She says he told her she was “too political.” Not understanding the request to resign was an order, she refused. Shortly after, Bissonnette ran into difficulties in his riding and had to resign from Cabinet.

“Luckily events turned in my favour, but (what happened to Wilson-Raybould) cuts open the wounds again,” said Stanley-Venne.

They’ve also brought back unpleasant memories for Neskonlith Indian Band Chief Judy Wilson. In December, at the Assembly of First Nations Special Chiefs Assembly, Trudeau chided Wilson and repeatedly referred to her as “Judy” instead of “chief” when she called out his government for not living up to its obligations to consult on the Trans Mountain Pipeline. His interactions with her resulted in the Union of British Columbia Indian Chiefs demanding an apology from him. That apology has yet to come.

“A lot of women said that was poor treatment. I think that’s the same thing happening with Minister Jody Wilson-Raybould. People are seeing how she was treated and they’re not happy with it,” said Wilson.

Similarly, Trudeau has referred to the former Cabinet minister and former AFN BC regional chief as “Jody” during public addresses he has made regarding her resignation. At the same time, he has called male ministers by their titles and full names.

“(Trudeau) doesn’t regard women properly… Beside being sexist to me, he was condescending in how he treated us and what he was saying,” said Wilson. “He’s supposed to be in the highest position in the land. He should be conducting himself in that way.”

In an open letter sent to Trudeau on Feb. 12, UBCIC called once more for the Prime Minister to apologize to Wilson and to condemn what they view as “racist and sexist innuendo” leveled against Wilson-Raybould by unnamed sources and reported in a Canadian Press news article.

Those comments have been referred to by the Manitoba Keewatinowi Okimakanak as “character assassination.”

“I consider this a blow to all Indigenous women in Canada, especially those who have ambitions to become involved politically,” said Stanley-Venne.

Wilson points out that last month the United Nations directed Canada to remove the discriminatory sections of the Indian Act that deny First Nations women the same rights to Indian status as the act gives to men.

What the future holds for Wilson-Raybould is unclear.  There has been speculation she may cross the floor or sit as an independent. The House of Commons justice committee convened an emergency meeting, which today began its first day of hearings in Ottawa on the SNC-Lavalin controversy.

Motions to immediately call Wilson-Raybould and top Trudeau advisers to testify were defeated by the Liberal-heavy committee. A motion asking Trudeau to waive solicitor-client privilege and to allow Wilson-Raybould to speak on the matter was also defeated.