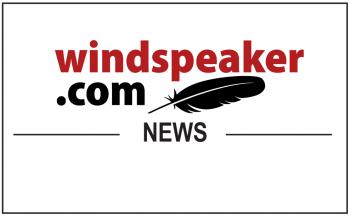 “I saw her look up at me, and trust me when I say I’ve seen this look a million times.” — Selena Drysdale
By Shari Narine
Local Journalism Initiative Reporter
Windspeaker.com

Selena Drysdale is concerned that if she tells Alberta Health Services’ Patients Relations Department that she is a First Nations woman her complaint about how a health worker is contributing to the spread of the coronavirus will not be taken seriously.

“An Alberta Health Services representative, I told her I was COVID positive and her response (after) denying me access to services was that I could take the bus home,” Drysdale alleges.

“It’s no wonder why Edmonton numbers are that high if that’s what’s happening in hospitals. That’s my primary concern is that while Alberta Health Service is saying we have your best interest at heart, at ground level I’m not sure that they do.”

Drysdale, a member of the Mikisew Cree First Nation, is so concerned about the spread of the virus, she is willing to disregard the racism she said she encountered at the hospital this past weekend.

She wants to believe the way she was treated by an admitting nurse at the University of Alberta Hospital (UAH) in Edmonton had to do with the nurse having a bad day and not that the nurse was white and Drysdale First Nation.

“I’m not quick to attribute other people’s bad behaviour to me being a visible minority. I guess I’m naïve that way,” she said.

But, Drysdale said, “I know I’m not the first Indigenous person this has happened to and I know I’m not going to be the last. From what I’ve heard from other Indigenous people, they say they’ve received bad treatment there as well.”

Drysdale’s concerns stem from an incident this past Saturday, Dec. 5. The day began with her checking on her uncle, a senior who lived alone who had been diagnosed with COVID-19. Drysdale had got her own COVID-19 positive diagnosis via text on Thursday morning, Dec. 3.

Her uncle’s failing condition concerned her, so she phoned 811, the province’s Health Link number, to get advice. The nurse on the phone was also concerned with how Drysdale sounded and suggested that she have the paramedics assess her as well as her uncle.

The paramedics, whom she described as professional and caring, recommended that both she and her uncle get physician attention. Her uncle was transported to the Royal Alexandra hospital while she was taken to UAH.

Drysdale sat in the waiting room, masked like everyone else and physically distanced. Being COVID positive, she was surprised not to have been put in a separate area, she said.

A Type 2 diabetic with three hours into waiting, Drysdale wanted her blood sugar level checked. She approached the nurse at the admitting desk. The nurse sent her back to her seat “all the way in the back corner where I was”, only to call Drysdale back through the waiting room a moment later to check her blood sugar.

Before the paramedics brought her to the hospital they had recorded her blood sugar level at 9.7. In just over three hours it had dropped to 5.6. Drysdale needed to eat and voiced her concerns about having to wander around the hospital to find food and potentially spread coronavirus. Drysdale alleges the nurse responded by speaking down and sharply to her.

She decided to leave the hospital to get food and figured if her shortness of breath continued, she would return. She removed her hospital bracelet and dropped it into the garbage can as she left. But she didn’t get far, because she couldn’t catch her breath.

She returned to the hospital after five or so minutes to find her bracelet gone from the garbage. She took her seat again and says she is convinced the nurse saw her return.

Drysdale continued to be concerned about her decreasing blood sugar level, and after 45 minutes returned to speak to the nurse, who was busy with someone else.

“I saw her look up at me, and trust me when I say I’ve seen this look a million times,” said Drysdale.

A product of the Sixties Scoop, Drysdale grew up in foster care and said she is no stranger to racist behaviour.

She waited and finally when the nurse addressed her it was to tell Drysdale she had been discharged because she threw away her bracelet.

“I’m naturally a loud talker. That’s just how it is,” Drysdale said. “I have been accused in the past that I’m yelling when I’m not. I’m also very assertive when it comes to me and I feel that I’m not being listened to. So I felt like I was starting to become assertive about the problem, the issue, but then (the nurse) decided to take the other avenue.

“‘Ma’am you’re going to have to stop yelling at me.’ Meanwhile, the security guard is now interested because, I don’t know if (the nurse is) signaling that now I’m becoming an issue,” said Drysdale, who stands five feet, 10 inches tall. The security guard came over.

“Now it’s two against one. And I know being an Indigenous First Nation woman that I have always had to be very careful about my word choice and tone when I’m dealing with positions of authority because I know as soon as they don’t like what I’m saying or I’m being too assertive it’s going to be misconstrued as being defiant and obstinate,” she said.

At one point in the discussion, Drysdale alleges, the nurse told her to take the bus home, she said, despite public health advice that states travelling on public transit while COVID positive would be dangerous to others. A COVID-19 information bulletin from the provincial government in July clearly states: Passengers with symptoms should not take transit.

Drysdale says she “lost (her) cool.” Said a few angry words and left the hospital.

Eventually, Drysdale called a cab and took it to where her truck was parked when she went to check on her uncle. She considered joining her uncle at the Royal Alex for treatment, but didn’t want to repeat the hospital experience she just had.  So, she drove to her cousin’s home, where she was staying.

When Drysdale finally made it home, she was concerned that her uncle might be discharged from the Royal Alex and sent home on the bus. When she found out he had been admitted, that “he was safe and would be looked after” she was able to finally rest.

Two days after the incident, Drysdale finally had the energy to make her call to the Patients Relations Department. A file for her complaint has been opened. Drysdale says when she gets the call back to provide further details, she still doesn’t know if she will tell them she’s First Nations.

“I’m worried that’s going to lose the validity of my concern,” she said. Those concerns include not being isolated from others in the hospital waiting room despite knowledge she is COVID positive; being unable to get the food she needed to treat her dropping blood sugar levels, having only a choice of moving through the hospital to get food or leaving hospital to get it; and being advised to take public transit to get home once being denied service for her COVID symptoms.

“I feel that I need to just leave (the racism) off for now. I would like to see how they proceed just speaking to me on the phone, because I don’t have an (Native) accent. I don’t have those things. So I’d be interested to know all just for their research purposes, when they go to speak to this nurse, will she be the one to bring it up?”

It’s not only how the complaint will be viewed by the department that troubles Drysdale.

“When I bring it to the public, I’m worried the story will lose its weight once they realize I’m Indigenous and if I bring it forward, (they’ll say), ‘She’s just saying that because whatever,” said Drysdale.

“It sucks that I have to consider how I’m going to be seen, but that’s been the story of my life…. I know how it works for Indigenous people within the system,” she said.

“I’d like to say racism isn’t alive and well, but I know it is.”

Drysdale says she was told it could take three or four days for someone from the Patients Relations Department to get back to her.