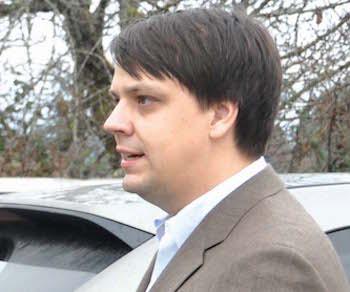 “I had a feeling when I first started thinking about this project that a lot less had been implemented than I thought.” ~ Ian Mosby, Toronto-based historian

It’s been 513 days since the Truth and Reconciliation Commission released its 94 calls to action and only five have been completed.

So says Ian Mosby – with the help of crowd-sourced information.

On Tuesday, Oct. 25, Mosby began to tweet each of the calls to action that had been outlined by the TRC after seven years of meeting with survivors and generational survivors of Indian residential schools.

Mosby used on-line research and corrections presented by groups in the know –lawyers, librarians and archivists– to determine whether the calls to action had been completed, some work undertaken, or it was unclear as to whether there had been progress.

When he completed his recitation of the calls this morning, the tally was disappointing: five complete, 86 incomplete and three uncertain.

“I had a feeling when I first started thinking about this project that a lot less had been implemented than I thought,” said Mosby.

The Toronto-based historian undertook the task in preparation of a talk he is to give at the Canadian Studies Conference at Carleton University in Ottawa this weekend. His topic is the calls to action and Canada’s progress.

But Mosby’s commitment to the calls to action goes beyond scholarly. He has been travelling to First Nations communities and meeting residential school survivors since he published an article in 2013 that showed how the government had conducted nutritional experiments using students in six residential schools.

“I’ve listened to the testimony of dozens and dozens of survivors and I’ve made friends with survivors and it’s affected me pretty profoundly,” he said.

It took Mosby until call to action # 41 to mark a “complete.” And even then, the launch of the national inquiry into murdered and missing Indigenous women and girls has not been met without criticism. Many Indigenous groups are charging lack of progress and lack of communication on the part of the commission members.

“If you look at some of the other ones I’ve marked as completed, they’re completed, but there’s still a lot of work to be done as well,” he said.

“There are definitely grey areas, but I tried to stick to the wording. Has the wording of that specific call to action been met? And in the case of murdered and missing Indigenous women inquiry… there were a few specifics and the government had met that threshold in my opinion.”

Mosby also broke the calls to action down to the groups that needed to undertake the specifics. According to his calculations, the federal government, Crown corporations and non-profit organizations have each completed one call to action, while the churches have completed two.

Mosby says he is surprised to see the lack of progress, however, he does understand that everything cannot be accomplished in 513 days – even though Justin Trudeau put out a news release that same day saying his Liberal government was committed to implementing all 94 calls to action. Trudeau has been in power for just over a year now.

“A lot of the calls to action will take a long time, especially the ones that call for cooperation between multiple levels of governments, multiple groups. So that’s part of it…. They will require years of work,” said Mosby.

But he contends that there are some calls to action that could have been “easily implemented” by now as they require no money and relatively little debate in the House of Commons. He points to the creation of a National Day of Reconciliation.

Mosby’s tweets have been getting quite the reaction, he says, as he’s gaining followers and personal responses and he is being retweeted.

Mosby has registered a website to upload the information once crowd-sourcing and all the correct information has been garnered.

“It’s to keep the government’s foot to the fire, and keep everyone who’s responsible for these calls to action feet to the fire, to actually implement them … so this isn’t another report that gets put on a shelf,” he said. 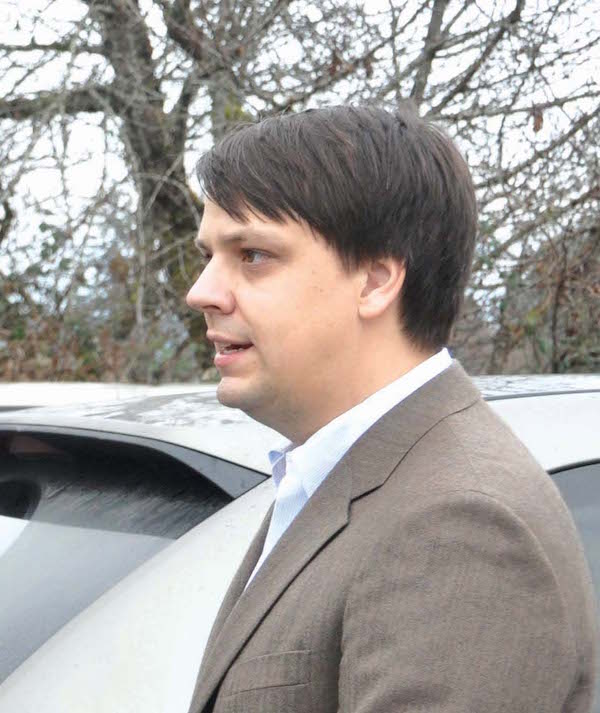 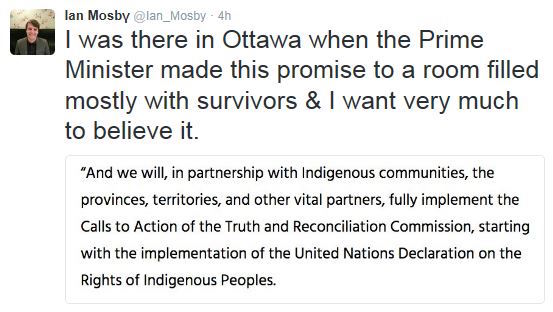