This is personal: Residential school system was genocide, needs a day of reflection 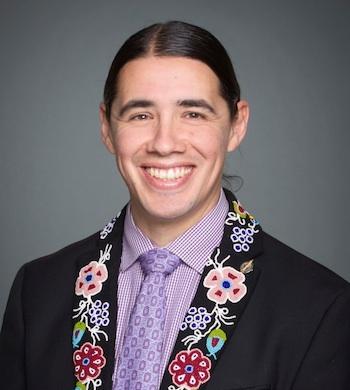 “This has been developed by First Nations people … and now it’s being led by a First Nations male politician for the benefit of the Indigenous communities.” ~ Maeengan Linklater, Aboriginal program coordinator Canadian Museum for Human Rights

MP Robert-Falcon Ouellette says now that he has “put it down on paper what it should look like” he is hopeful that a member of the Trudeau Cabinet – either Indigenous Affairs Minister Carolyn Bennett or Heritage Minister Mélanie Joly – will take his private members bill forward as a piece of legislation, setting June 2 as Indian residential school reconciliation and memorial day.

If the passage of the bill has to depend on him, Ouellette says residential school survivors and their descendants will be waiting at least three years for the first hour of debate on the bill.

“I’m very low down on the list for private members bills itself, so anything I would put forward would take a long time to get debated and then actually be approved,” said the Liberal MP for Winnipeg Centre. “Private members bills often don’t get passed.”

But that didn’t stop Ouellette from introducing the bill Monday for first reading. And he didn’t mince words when he said the Indian residential school system was an act of genocide, as set out under the 1949 United Nations Convention.

Ouellette said support from Parliament for Bill C-318 would “affirm the treaty relationship between Canada, Canadians and Indigenous peoples.”

Ouellette admitted some people will be upset or angered by the term “genocide” but “sometimes you have to call a spade a spade.”

It was the term genocide – or more accurately the decision by the Canadian Museum for Human Rights not to use the word to describe the Indian residential school system – that spurred Maeengan Linklater as the driving force behind Bill C-318.

Linklater was contracted as the Aboriginal program coordinator by CMHR prior to the museum’s opening.

When CMHR decided against using the term “genocide” to describe Canada’s Aboriginal policies, Linklater said he found himself in an “emotionally tough time.”

As the first visible First Nations male to be employed at the museum, he took the brunt of the anger from Winnipeg’s Aboriginal people. That city has Canada’s highest urban Aboriginal population.

Linklater was encouraged to draft something similar to the 2003 legislation that established a Holocaust Memorial Day. He made use of material and expertise from the museum to work on a resolution.

When Linklater’s contract with the museum ran out in January 2015, he began drafting legislation. He approached Ouellette after the federal election to bring a petition forward. Ouellette suggested it be drafted as a private member’s bill. And so the work began with the Parliamentary lawyers.

Linklater says while there may have been more strength in having the bill put forward by Cabinet, he is “honoured” to have had Ouellette present it.

“This has been developed by First Nations people … and now it’s being led by a First Nations male politician for the benefit of the Indigenous communities,” said Linklater.

Now that the bill has been introduced, Ouellette says he will begin lobbying Bennett and Joly to move the bill forward.

“I think it’s important enough that it should come from the government. It shouldn’t have to come from a private member,” he said.

In its 94 calls to action, the TRC included the establishment of a statutory holiday, a National Day for Truth and Reconciliation, to honour survivors, their families, and communities, and “ensure that public commemoration of the history and legacy of residential schools remains a vital component of the reconciliation process.”

Ouellette says this bill isn’t calling for June 2 to be a national holiday, but instead setting it as a day for reflection on that part of Canadian history.

Linklater says the bill isn’t about dwelling on those dark times, but about “actually charting a new position. Let’s focus on the future in terms of building our communities, building our people, continuing our healing and just making sure we’re going to be in a better place and we start looking at the treaties as a means of doing that.”

Ouellette is working on introducing another private member’s bill. This one would see National Aboriginal Day on June 21 set as a national holiday for celebrating the culture and history of Indigenous peoples.

Here is the link to Bill C-318: http://www.parl.gc.ca/HousePublications/Publication.aspx?Language=E&Mode=1&DocId=8557667 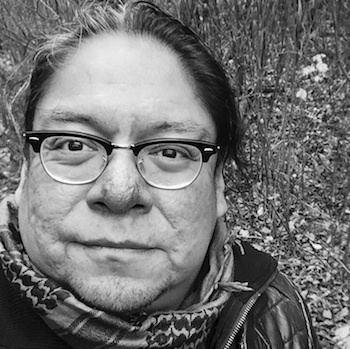