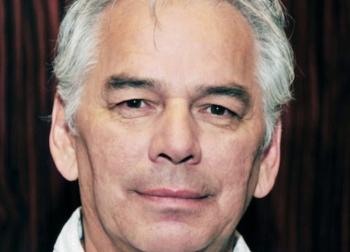 “If we have a premier who denies the existence of systemic racism, we can easily say that the process is biased to start with.” — Ghislain Picard, Assembly of First Nations Quebec-Labrador chief on Quebec’s action group to combat racism in the province
By Shari Narine
Local Journalism Initiative Reporter
Windspeaker.com

The results of a survey on racism and discrimination toward First Nations people in Quebec have Assembly of First Nations Quebec-Labrador Chief Ghislain Picard hopeful.

“I think the fact that we have such a high number of people thinking that, ‘Yes, First Nations are victims of racism and discrimination’, is to me good news in the sense that I feel that the public opinion is more aware of our situation and realities and the kind of challenge that we have,” said Picard at a news conference in Montreal on Aug. 12.

Picard was joined by Sylvain Gauthier, vice-president of communications and public affairs with Léger, the polling firm. They announced the results from an online survey of 1,002 non-Aboriginal Quebecers that took place July 17 to July 23.

The findings are clear: 92 per cent of respondents believe First Nations are subject to racism and discrimination in Quebec. A minority of those responding felt that racism happened at a personal level while 70 per cent believed First Nations were not treated the same as non-Aboriginal Quebecers within social structures.

Those findings contradict Premier François Legault, who stated in June that systemic racism did not exist in his province. However, he did create an action group, consisting entirely of his party members, to create a plan to combat racism.

“If we have a premier who denies the existence of systemic racism, we can easily say that the process is biased to start with,” Picard said. “We see racism and discrimination as a societal issue and to me it should go beyond partisanship. This is not what we see here. We have a government that made a decision, took a decision, designed a process itself and is going to lead it itself alone. To me that’s not very inspiring in terms of those groups that face racism and discrimination. That’s certainly our view.”

In response to Legault’s actions, the AFNQL will be developing its own plan to combat racism against Indigenous peoples, including recommendations. Picard expects that plan to be presented publicly in early fall.

He underscored the importance of working with alliances at the beginning of the press conference, pointing out that Montreal was in the beginning “the gathering place for many of our Nations as well as a place where alliances were forged with the first European immigrants.”

Picard stressed that the work to be undertaken by AFNQL would pull on already existing consultations, reports and inquiries, including relevant Calls to Action outlined by the Truth and Reconciliation Commission in 2015 and the relevant Calls for Justice from the murdered and missing Indigenous women and girls national inquiry.

“It is on these observations that actions against racism and discrimination in all spheres of society must be based,” he said.

Picard noted that a survey undertaken by AFNQL in 2005 had similar results. Many Quebecers back then viewed favourably the issues of self-determination and autonomy for First Nations. That view, he said, remains.

“Even at the height of the crisis that we experienced all of us earlier this year based on the Wet'suwet'en situation on the west coast, even then, I think, the opinion surveyed among Quebecers showed that there is still support for these principles. To me it constitutes a good basis to undertake the work that we have before us,” said Picard.

He pointed out that Quebecers indicated that they considered land rights as a main issue for First Nations. It is an issue, he said, that still remains a struggle with the two levels of government.

“It is our work on a daily basis as AFNQL to try and find ways to engage governments … (and) we’re not really certain they’re really committed to proper political engagement,” said Picard.

Indigenous Services Canada Minister Marc Miller said he was not surprised to learn that the vast majority of Quebecers felt First Nations people suffered from racism and discrimination.

“This is a phenomenon and reality they experience daily whether it’s through (the) health care system or through the police,” he said during a press conference in Ottawa Aug. 12 where he announced an additional $305 million in funding to support COVID-19 measures for Indigenous peoples in both urban and on-reserve settings.

Miller said racism and discrimination were rooted in fear and ignorance and both the federal and provincial governments had a duty to combat the issue and had a role to play in closing the economic gap between Indigenous and non-Indigenous Canadians.

He also called upon Canadians to discuss the issues and that an “openness toward our Indigenous people would go a long way.”

At the time of his comments, Miller said he had not had a chance to review the survey results.