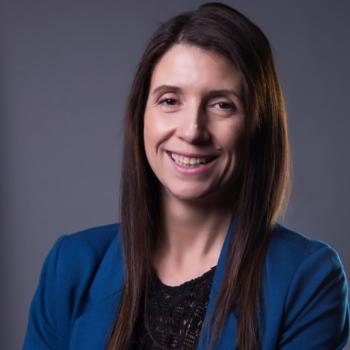 Dr. Pamela Roach is one of six authors of the work titled "Anti-Indigenous bias of medical school applicants: a cross-sectional study."

“It can be a hard subject for a lot of people to engage with but ultimately what we’re hoping to do is improve things for Indigenous patients…” — Dr. Pamela Roach
By Shari Narine
Local Journalism Initiative Reporter
Windspeaker.com

Results of the survey were published in the most recent BMC Medical Education journal. It found that “medical school applicants did not have strong interpersonal explicit or implicit anti-Indigenous bias.”

However, said Dr. Pamela Roach, one of six authors of the study titled Anti-Indigenous bias of medical school applicants: a cross-sectional study, “we know that Indigenous students, Indigenous staff and faculty all experience racism.”

Racism within medical schools has been proven by multiple reports, said Roach, including in the work undertaken by the Indigenous Physicians Association of Canada.

“As an Indigenous educator in medical school, I see it and it definitely exists,” said Roach.

This is the first time a survey has been undertaken of medical school applicants. Applicants were not mandated to participate in the survey, which measured both explicit and implicit anti-Indigenous bias. Close to one-third of applicants took part.

“We call (this response to the survey) a social desirability bias. People want to give the right answer. Especially for something when students are trying to get into medical school, which is very competitive. They will try to answer the question in the right way,” she said.

Still, she adds, there were participants who answered in what “appeared to be an honest way…

“Many people did actually say that they were biased against Indigenous people. Knowing that’s an underestimate, we know that there is lots of work to do. I think what we are trying to do here is just flag that there is a problem.”

The results of the medical school survey, which was conducted on applicants for the 2020-2021 admissions cycle, were not examined until after the decision had been made regarding which students to accept.

What was “really, really interesting,” said Roach, is that those who exhibited an anti-Indigenous bias in the survey results were weeded out through other parts in the application process and denied entry to medical school.

“What that tells us is that there’s something in our process when people are applying that is screening them out. What is that? What are we doing right as well? So that becomes really important information to share with other medical schools,” she said.

Medical school candidates fill out application forms and are also interviewed. Interview questions include setting up scenarios, more subtle than blatant, around racism and seeing how candidates respond. Roach expects interview questions to shift over time to improve the screening process.

Roach firmly believes that there are aspects of anti-Indigenous bias that can be “myth-bust(ed) essentially. Sometimes talking about the things and actually digging into them…you can actually get people through that.”

The bottom line, she says, is to produce people in the medical field who are unbiased.

“It can be a hard subject for a lot of people to engage with but ultimately what we’re hoping to do is improve things for Indigenous patients and people in the community and make the health care a bit safer and the system work in better ways,” said Roach.

There is much work left to do to make that happen, she admits, especially considering a similar survey undertaken in late 2020 of practicing physicians in Alberta indicated anti-Indigenous bias.

“We still hear a lot about people’s experiences going to get help…I often say for every headline that makes the news there will be dozens of stories that don’t,” said Roach. “The goal is that (these stories) do, eventually, over time, become less and less because it’s just awful.”