Supports for at-risk youth hard to come by at best of times; COVID made things worse—child advocate 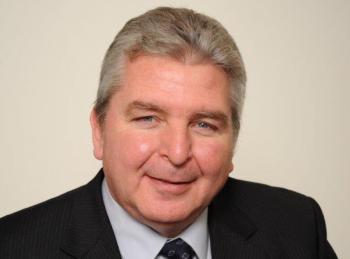 “We have had a significant increase in calls over time to our office and that tells me the difficulties that young people are facing aren’t being resolved as the pandemic goes on. In fact, they may be getting worse.” — Alberta’s Child and Youth Advocate Del Graff
By Shari Narine
Windspeaker.com Contributor

“This was a significant period of vulnerability that contributed to Libby’s sense of loss and loneliness,” states Alberta’s Child and Youth Advocate Del Graff in his most recent Mandatory Reviews into Child Deaths report.

Libby (not her real name) took her own life.

“It’s hard to suggest that one measure, like the pandemic, contributes to the other kind of result. What I can say is that we see repeatedly that the young people that we reviewed would somehow have limitations placed on the supports that were either available to them or that they were seeking, and that impacted in their choices and the way that they could access supports. We did see that during this review period and that’s because of the timeframe,” Graff told Windspeaker.com.

The report, which was released late last month, covers April 1 to Sept. 30, 2020, when measures to combat COVID-19 were rolled out. Many reserves in Alberta – and across the country – implemented full lockdowns to combat the first wave of the pandemic.

“Often our First Nations and Métis young people are so connected to extended family that the pandemic has an impact when they don’t have the same access they had before the pandemic restrictions were put into place. Those kinds of things are realities and they show themselves when we look at the circumstances that we receive around these tragedies,” said Graff.

The report examines the deaths of 10 young people (one prior to the six-month time-frame), six who were identified as children in need of intervention at the time of their deaths and four who had been similarly identified within two years of their passing. Eight of the 10 were First Nation youth.

“We have seen over the course of a number of years a growing disproportionate number of Indigenous people in our review reports,” said Graff.

While this report specifies COVID-19 restrictions in relation to four deaths, neither of the two recommendations in the report addresses pandemic measures.

“Our concern had to do with how can we be specific in determining what those actual impacts are in relation to the pandemic,” said Graff.

To that end in relation to Libby’s death, the Office of the Child and Youth Advocate (OCYA) recommended that the ministries of Health and Children’s Services focus on the province’s five-year youth suicide prevention plan by hosting a forum for relevant stakeholders to examine actions and results achieved and how goals will be accomplished in the final two years of the plan.

Building Strength, Inspiring Hope: A Provincial Youth Action Plan for Youth Suicide Prevention was developed by the former NDP government and set a course for action for 2019-2024.

As for the impacts of the pandemic, Graff says, measures to control the spread made it difficult for youth to access support services. For Violet, 14, who passed away of drug toxicity, COVID-19 closed her school and limited her access to support and services. For Wiley, 19, who also passed away from drug toxicity, COVID-19 prevented his service providers from seeing him in person. For Felix, 16, a victim of homicide, COVID-19 caused the suspension of his in-person services.

“Where they may have some difficulty with having sufficient support structures in their lives in the best of times, in the pandemic times, it’s worse,” said Graff.

He anticipates those struggles will appear in his next report as well.

“We have had a significant increase in calls over time to our office and that tells me the difficulties that young people are facing aren’t being resolved as the pandemic goes on. In fact, they may be getting worse,” he said.

While many of those calls for resources don’t fall within the OCYA’s mandate, Graff says they have been referring callers, both young people and those who support young people, to other service providers.

Graff says his office is participating in ongoing research that is looking at how the pandemic is impacting the lives of young people.

Along with the high number of First Nations youth in this report, Graff is also concerned with the number of youth who lost their lives due to drug toxicity.

At the end of April, the OCYA will be releasing a follow-up report to its 2018 report, Into Focus: Calling Attention to Youth Opioid Use in Alberta.

“We haven’t fully articulated (the new recommendations) yet, but they won’t be inconsistent with some of the things that we’ve been saying all along. This is not rocket science in terms of how to make a difference for young people,” said Graff, who expresses his disappointment that the government has yet to develop a comprehensive youth strategy around opioids.

The impact opioids are having on young people is being magnified by the pandemic, he adds, but is an issue beyond the pandemic.

“It’s going to take significant collective will for it to change,” said Graff. “I would like to really, really see some intentional activity related to this. It’s such a tragic thing to hear so many young people having such a struggle.”

As First Nations and Métis communities in the province begin to implement federal legislation which gives them jurisdiction over their own child, youth and family services, Graff is hopeful he will see significant differences.

He points out that a number of years ago, OCYA made recommendations in the areas of governance, resources, services, and accountability for child welfare for Indigenous children and their families.

“I’m hopeful that the federal legislation, if it’s implemented in a way that actually does provide First Nations, Métis communities with the authority to govern and to make decisions that are based on their way of life, and on their parenting ways and on their cultural practises and on their sense of how young people belong and that there’s the supports around that, I’m hopeful that can result (in changes),” he said.

What role his office will play in a new system of child welfare is unclear, but Graff says his office is having “conversations now … with whoever contacts us and we’ve made ourselves available to anyone who wants those conversations.”

Graff would not identify who his office was speaking with, saying there were “some sensitivities” to the discussions.