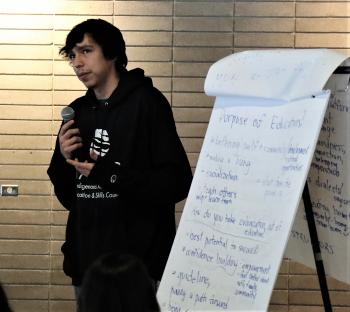 “I know how to speak Ojibwe a little bit, but I’m going to school so that I can speak well enough to understand more when I am able to speak to our Elders.” —Jeremy Andy of Seven Generations Education Institute

Students representing Indigenous educational institutes across Ontario are meeting for a second day at the Our Community, Our Choice conference in North York, Ont.

It is the first such gathering held to gain input from students to set standards that the Indigenous Advanced Education and Skills Council will use during the accreditation process moving forward. The council (IAESC), a not-for-profit corporation, was created through provincial legislation. It is the accreditation organization for Indigenous institutes to grant certificates, diplomas and degrees.

The goal of the first-ever gathering is to learn from students what an “ideal” post-secondary experience must include. What they value. What they need to fulfill their role in making their families and community the best they can be.

Jeremy Andy, 25, of Seven Generations Education Institute, lives in Fort Frances and is a member of Couchiching First Nation. He’s studying Anishinaabemowin in the hope of understanding the deeper meaning beyond the linguistics to learn his culture.

“I know how to speak Ojibwe a little bit, but I’m going to school so that I can speak well enough to understand more when I am able to speak to our Elders,” Andy said. “This will help me understand more about myself, where my ancestors came from and that will give me a deeper connection to our culture.”

A traditional ceremony opened the conference yesterday afternoon, and a dinner was held with Lt. Gov. Elizabeth Dowdeswell.

Laurie Robinson, chair and executive director of the council, said the insight and perspective of Indigenous institute students was vital to shaping the standards for the council’s quality assurance and accreditation process.

“We are at a new time in Indigenous post-secondary education and training in Ontario,” Robinson said. “We have never been here before and the students themselves are vital to the building process.”

The closing ceremonies and dinner will feature DJ NDN, (Ian Campeau, co-founder of the Juno Award-winning A Tribe Called Red. He is of Nipissing First Nation). Lisa Charleyboy, Tsilhgot’in from Tsi Deldel First Nation, is emcee.

Social media accounts are being used to connect with students at institutes who are not attending in person with Instagram @ouriaesc, Twitter @IAESC1 and Facebook IAESC, while updates will also be posted at the council’s website www.iaesc.ca

The conference is dedicated to the late Delbert Horton, a founding board member of IAESC, one of the many important contributions of his during a life-time of leadership, focused on making communities stronger through education, reads a press statement. 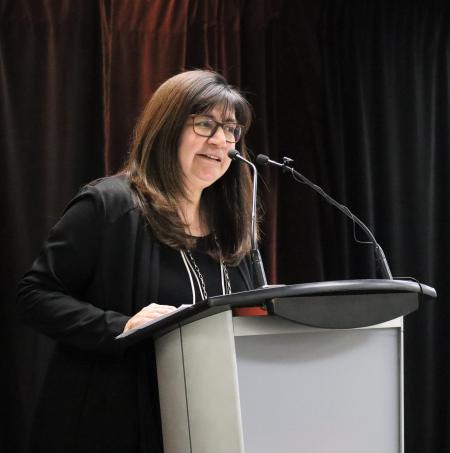 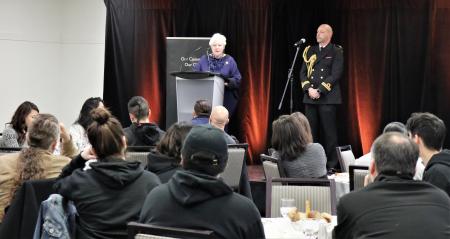 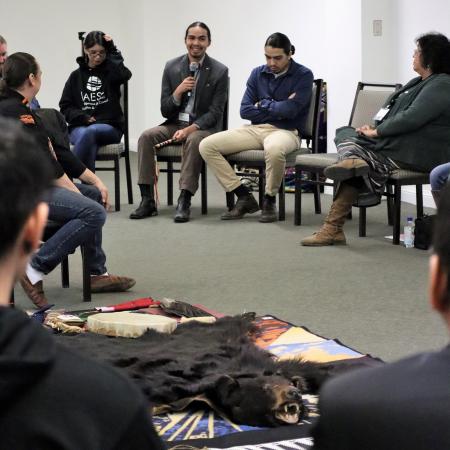