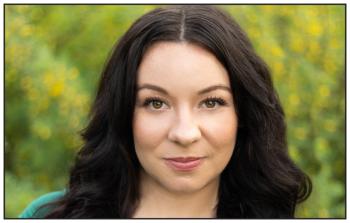 Tai Amy Grauman is excited to bring her highly anticipated play You used to call me Marie to stages and fields across western Canada starting on July 16.

“The love story is about two star people who have come back to earth to their bodies at multiple different points in history… and all the stories are about them remembering each other,” and sometimes not, said Grauman.

The character Marie is based on one of her ancestors.

For the past five years Grauman has been working on the play, which she said encompasses several different love stories all from her own family’s history.

“All the stories came from my body. I didn’t ask anyone for a love story,” she explained, adding some of the stories are about her parents and grandparents.

Grauman is Métis, Cree and Haudenosaunee. She is originally from Ardrossan, Alta. but now lives in Edmonton.

Throughout her career she has worked on various productions and received numerous awards, including the Métis Nation of Alberta’s award for Outstanding Youth of 2020 and the Jessie Richardson Theatre Award for most promising newcomer in 2018.

She is thrilled to be spending the summer bringing You used to call me Marie to audiences.

The time periods during which these love stories take place will bring viewers on a trip through major historical milestones, including creation, the fur trade, the Northwest Resistance, and the Great Depression.

“It’s kind of my comment on how we aren’t able to see anymore because of everything that happened.”

In her own experiences she sees first-hand how men from within her community aren’t as in-tune to true love as they once were, she said.

“I would really like to create a life and a home for myself that re-centres what Métis love should be and has been, and I think I tell love stories because I feel like love and relations with our men, Métis and Cree men, have just become so fraught and I’m looking for what they were because I want that back.”

But that is not the only reason she feels driven to write love stories. Grauman said she also finds many historical Métis stories centred around male forces without any real recognition for the women who stood beside them.

“I know Métis women were actually the people running the ship from behind closed doors,” she said, referencing a few of the historical events in her play.

“It’s something I talk about in this show, that Métis women’s stories have been so buried underneath their husbands’.”

Grauman plays Iskwewo in the show alongside Joel Montgrand, who stars as Napew, and the two are supported by dancers Madelaine McCallum and Jeanette Kotowich and fiddler Kathleen Nisbet.

“It is a play but there is so much dance and music in it and language. It took about five years for everything to come together,” Grauman said.

One of the unique aspects of the locations for the performances is how some will be on stages and in arenas, while others will be performed on the banks of the North Saskatchewan River.

“This is a dream come true,” she said. “What this tour is actually doing that I’m really happy about is the goal was always to take Marie… to take her home. For me to play Marie on the bank of the north Saskatchewan River feels quite tremendous because that’s where she would have been… It’s really to take Marie back to the places she would have been. And those places aren’t theatres. They’re fields and they’re riverbanks.”