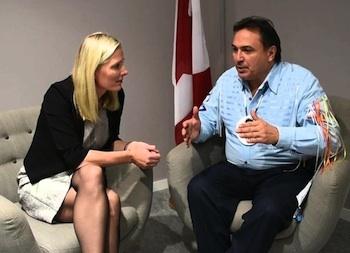 Frustration bleeds through Perry Bellegarde’s voice when he talks about resources that were allocated in last March’s federal budget but have yet to reach First Nations. “It’s walking that fine balance between lifting up the Liberal government and lifting up the Prime Minister in a positive way,” said the national chief of the Assembly of First Nations.
They are saying the right things on one hand, and then on the other hand saying, ‘Great to say these things, but let’s really make it happen.’ There’s an issue about implementing it now. There’s an issue about giving it effect on the ground,”

Frustration bleeds through Perry Bellegarde’s voice when he talks about resources that were allocated in last March’s federal budget but have yet to reach First Nations.

“It’s walking that fine balance between lifting up the Liberal government and lifting up the Prime Minister in a positive way,” said the national chief of the Assembly of First Nations.

And Prime Minister Justin Trudeau continues to say the right things. Following the Cabinet retreat at Laurentian University in Sudbury earlier this week, Trudeau listed Indigenous peoples as one of three “key relationships” for his government.

“One thing we agreed on this weekend is that the relationship between Canada and Indigenous peoples is so important, and the trust that we need to have in each other so essential to our shared success, that we must continue to make this relationship a priority moving forward,” said Trudeau.

Bellegarde said he was pleased to hear that, but action is needed to strengthen that relationship, including a roll out of the $8.4 billion allocated to Indigenous peoples in the Liberal government’s first budget.

“It’s got to have real meaningful impact on the ground. So you have to get that out to the communities.”

Bellegarde said it’s unclear to him why there’s a hold-up. He says he’s willing to work with the government on any issues –operational, organizational or capacity – that are causing the delays.

“There are so many questions and the answers aren’t quite forthcoming yet, so we’ve got to keep putting pressure on the department to get these answers out,” he said.

There is “distress” around the delay, he said. What will happen to the dollars allocated this fiscal year if they aren’t used?

“Is it lapsed? Is it turned over? Is it forgotten? Is it not able to be accessed next fiscal year? That’s why you’re hearing the distress in my voice,” he said.

He also points out that Indigenous and Northern Affairs Minister Carolyn Bennett, along with other ministers, will have difficulty making a case for new funding for Indigenous peoples if the funds already allocated haven’t been used.

The lobbying strategy for the next fiscal budget is already underway for the AFN, he says.

Bellegarde isn’t ready to give the government a failing grade, nor is he ready to call Trudeau all words and no action. He said it’s unrealistic to expect the issues that have faced First Nations for decades to be dealt with in the 10 months the Trudeau government has been in power. Yet, Bellegarde admits to frustration.

“It’s 10 months. That’s why you’re hearing the sense of slowness in getting it out. There is that. That’s true. There’s no question on that,” he said.

He’s also disappointed that recent health talks between the federal government and provinces didn’t include Indigenous peoples at the table. He says First Nations need to be included in all areas, including economy, environment and education.

“It affects our rights. It affects our peoples. It just makes common sense to get our voices around the table. You’re going to get better decisions, better polices, better legislation when our voices are at those decision-making tables,” said Bellegarde.

There is no doubt that Indigenous peoples are enjoying a better relationship with the Trudeau government than they ever did with the Conservatives, Bellegarde said. But there is room for improvement, he believes, and vows to keep pressure on the government until it delivers on the resources allocated in the 2016-17 budget.