Response to COVID-19 wide ranging from Indigenous groups and sectors 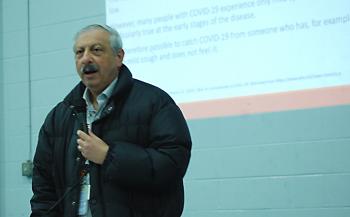 Response from chiefs and councils runs “the whole spectrum. People who are taking it rightly, taking it in a reasonable way and there are people who are overreacting in the communities.” — Wadieh Yacoub, Alberta senior medical officer of health with Indigenous Services Canada
By Shari Narine
Windspeaker.com Contributor

Just as Nurse-in-Charge Dorothy Janetzki was telling Enoch Cree Nation members on Thursday that this would be the last public gathering of its size that would be held in a while, the Alberta government was issuing a public health restriction asking organizers to cancel events of more than 250 people.

Enoch members came together on March 12 at the community hall on the First Nation west of Edmonton to learn about the novel coronavirus (COVID-19). Just the day before, the World Health Organization had characterized the virus as a global pandemic.

COVID-19 has infected more than 128,000 people and killed more than 4,700 and spread to more than 120 countries. Numbers are expected to rise despite preventive measures, including restrictions on international travel, that have been put in place worldwide.

As of yet there are no presumptive or confirmed cases of COVID-19 in any First Nation in Alberta, said Wadieh Yacoub, Alberta senior medical officer of health with Indigenous Services Canada in the First Nations and Inuit Health Branch (FNIHB). As far as he knows, that’s the case for all First Nations across Canada.

Yacoub has been meeting with First Nations leadership and health workers in person, as in Enoch, or through telehealth sessions over the past two weeks. FNIHB is also producing up-to-date news bulletins that are being distributed to the First Nations.

Yacoub said the response from chiefs and councils runs “the whole spectrum. People who are taking it rightly, taking it in a reasonable way and there are people who are overreacting in the communities.”

Colleen McDonald, external executive director with Enoch Health, said keeping members informed is one way to keep the panic down.

“It’s about educating yourself realistically. I’ve been saying this, and I can’t stress it enough. It’s not the health centre’s responsibility to ensure that everybody has information. You have a responsibility to yourself and your family… If you know of elderly that live alone, check on them,” she said.

Enoch Cree Nation has appointed someone to work on communications, with notices to be posted at physical locations on the reserve, on social media sites, and the band’s website. Links to reliable websites have also been provided. Teleconference and videoconferencing lines will be set up to allow chief, council and the health authorities to be kept up-to-date.

“We’re hitting the ground running. I just want to make sure our people are informed,” said McDonald.

Along with finding out that there was no vaccine yet for COVID-19, community members were also told how to battle the virus.

It all comes down to basic hygiene and keeping a safe distance from one another, said Janetzki, something that goes against a culture of community, powwows and round dances. However, she said, it needs to be done.

Janetzki stressed the importance of constant and proper handwashing, proper sterilization of hard surfaces, not shaking hands or hugging, keeping a two-metre distance from each other, and staying home if you’re sick.

Speaking after the presentation with Windspeaker.com, Yacoub admitted that keeping the two-metre distance was difficult in some situations, especially where housing shortages forced multiple families into a single dwelling.

“With overcrowding people are interacting closer to each other and so all the more important to use the public health measures,” he said.  “Respiratory illnesses are always a challenge every year and other viral infections. So it’s the same approach in these places.”

“I’m thinking that would be necessarily likely for nursing stations in isolated areas and when it comes to a situation where there are so many cases … and there are no hospital beds. As the situation progresses and if the resources are being short, access to acute care beds and other things, I believe that would be the context,” said Yacoub.

He also anticipates such tents and field hospitals could be used for isolation purposes when houses are overcrowded.

Ottawa’s announcement to employ such measures met with sharp criticism from Timmins-James Bay NDP MP Charlie Angus in the House of Commons March 12.

“Two months into this crisis, isolated First Nations are waiting for the basics like hand sanitizers and gloves and masks, let alone ventilators.  If COVID-19 hits a community like Bearskin Lake or Kashechewan, we’re in a nightmare scenario. Because how do you self-isolate in a home of 21 people full of mould? So the minister’s plan is to bring in tents? James Bay in March? Tents aren’t going to cut it. When are we going to see a sense of urgency to protect the lives of First Nations people?” asked Angus.

In a March 13 letter addressed to Miller and his department, 26 physicians from northwestern Ontario beseeched the minister to “address a critical shortage in nursing resources” and to act immediately. The physicians said the letter had been contemplated before COVID-19 hit and in light of the virus, “staffing shortages render our northern Indigenous patients disproportionately vulnerable to COVID-19 as compared to other Canadians.”

The Inuit Tapiriit Kanatami is also drawing attention to the vulnerability of the Inuit as a “special, high-risk group” as families, unable to stock up on basic goods, are more vulnerable to disease.

In a March 12 news release, the ITK implored Ottawa to “ensure that the unique vulnerabilities of Inuit and potential severe negative outcomes from both illness and services disruption in Inuit communities are addressed in federal response planning and implementation.”

The ITK is also calling for Miller to be added to the eight-member COVID-19 Cabinet committee struck by Prime Minister Justin Trudeau.

“The Métis National Council is taking proactive preventative measures to minimize risks to Métis citizens and communities,” said MNC vice-president David Chartrand, in announcing that the upcoming Métis Guardians and Indigenous Protected and Conserved Areas gathering, planned for March 17 and March 18 in Vancouver, had been postponed.

“For the time being, the MNC will proceed only with essential meetings. It will continue to assess public health risks and take appropriate actions for gatherings on a case-by-case basis,” said Chartrand.

Gathering Our Voices, also to be held in B.C. on March 16 to March 19 on Secwepemc traditional territory, hosted by the BC Association of Aboriginal Friendship Centres, has been cancelled.

Hockey tournaments, including the Little Native Hockey League hosted by Nipissing First Nation in Mississauga, Ont., have been cancelled, and the Alberta Treaty Hockey Championship has been postponed.

The Federation of Sovereign Indigenous Nations announced that as there were confirmed cases of COVID-19 in Saskatoon, all FSIN-related sporting events, gatherings, conferences and forums were cancelled until further notice.

Earlier this week, Trudeau committed $1 billion toward dealing with the pandemic, which included $150 million in funding for Indigenous Services Canada. The particulars of that allocation are yet unclear.

For a look at the Statements, Notices, Cancellations and Postponements related to COVID-19 go to https://windspeaker.com/gallery/covid-19-statements-notices-postponements

We are adding materials as we get them. 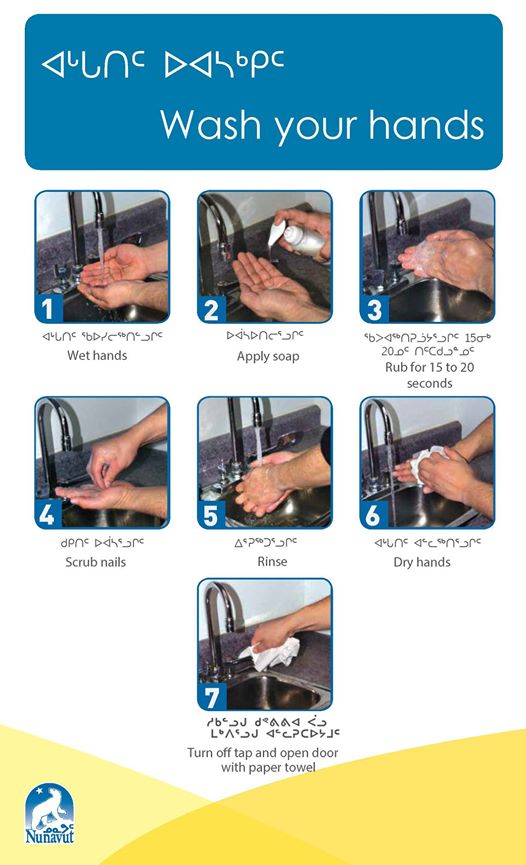