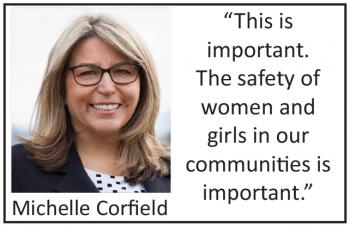 On June 18, the Liberal government gave the go-ahead for the Trans Mountain Pipeline expansion.

For Indigenous communities, both those along the 1,150-km pipeline route that runs from Edmonton to Burnaby, B.C., and those that will see increased resource development to provide crude oil for the pipeline, the announcement is a double-edged sword.

Three Indigenous-led groups–Project Reconciliation, the Iron Coalition, and the Western Indigenous Pipeline Group–have expressed interest in buying into the pipeline from 51 per cent to full ownership.  All are expounding the economic value of such an investment.

However, earlier in June, the National Inquiry on Murdered and Missing Indigenous Women and Girls released its final report, which contained a “deeper dive” into how resource extraction projects can “exacerbate the problems of violence against women and girls,” both at the hands of non-Indigenous men who live in nearby work camps and Indigenous men within the community.

The four-member panel listened to witnesses and drew on other reports that have studied the subject extensively. Those reports, said the panel “all point to the same conclusion: federal, provincial, territorial and Indigenous governments, as well as mining and oil and gas companies, should do a more thorough job of considering the safety of Indigenous women and children when making decisions about resource extraction on or near Indigenous territories.”

The issues are multifaceted, according to the MMIWG panel’s findings. Women do not benefit economically from the influx of work in the same way as their male counterparts. The influx of workers to the Indigenous community, often rural and remote, stresses an already limited social infrastructure and the flood of work-camp money creates a “boom town”, which increases the cost of living and makes it difficult for women to make ends meet. If women do get jobs at the work camps, which are isolated, they often face racism, sexual harassment and violence.

“Industries that create ‘boom town’ and ‘man camp’ environments are implicated in the increased rates of drug- and alcohol-related offences, sexual offences, domestic violence and gang violence, as well as sex industry activities in the host communities,” reads the MMIWG final report.

The solutions to the issues are also multifaceted.

Not only must the culture of the resource extraction industry change from the top down, but Indigenous communities must be made aware of the impact sudden economic development can have on their women and children, said Michelle Corfield, who serves as marine and environmental advisor to Project Reconciliation.

“Potential owners who want to buy, they know this is one of the issues that needs to be addressed and they’re actually making plans to ensure that there is a way to address these issues within the foundational documents, so that these become real policies that are implemented on the ground,” said Corfield. She is Nuu-chah-nulth from Ucluelet First Nation and ran unsuccessfully as the Liberal candidate for the Nanaimo-Ladysmith, BC-riding in the May federal by-election.

“And when you, as an owner, as an Indigenous owner, are defining your expectations, that’s a shift.”

Project Reconciliation, headed by Delbert Wapass, former chief of the Thunderchild First Nation, and Shane Gottfriedson, a former chief of the Tk’emlups te Secwepemc, has members from Indigenous communities and organizations in Saskatchewan, Alberta and British Columbia.

While the majority of those CEOs—including the three Indigenous partnerships looking to purchase the Trans Mountain pipeline project—are men, Corfield isn’t concerned, pointing to the Moosehide Campaign as a tangible example of how mindsets are changing. The Moosehide Campaign is a grassroots movement by men to stand with women and children against violence.

“But I believe it’s up to the women leaders to make sure (the men) know it’s a concern, to actually shed light onto this issue. This needs to be one of the fundamental things that people in positions of power speak to and address and create safety within their workplace for everybody,” she said.

Another way to combat the violence against women and girls, said Corfield, is to ensure “adequate engagement” with remote Indigenous communities so they understand the impact man-camps can have.

She also says non-Indigenous workers should be encouraged to “add value” to the nearby Indigenous community through volunteer work, such as building a playground or park.

“There are lots of ways the company, the contractor, can work with the community to create a reciprocal relationship. And I think these are the things we need to talk about on a go-forward. I think once we start having these conversations about how companies can work with communities to help or support or learn from, it changes the dynamic,” said Corfield.

Corfield did not offer any specific policies or procedures that Project Reconciliation may be considering.

“I can be certain most indigenous people want to implement any if not all the recommendations that have come forward out of various reports in respect to work camps. When you own it, you get to determine how things roll out and what becomes important. This is important. The safety of women and girls in our communities is important,” she said.

That’s a statement backed up by Manitoba Keewatinowi Okimakanak Inc. Grand Chief Garrison Settee, who understands too well the impact development projects have had in northern Manitoba.

In fact, one of the MMIWG panel’s 231 Calls for Justice (13.4) states, in part, “At a minimum, we support the call of Indigenous women and leaders for a public inquiry into the sexual violence and racism at hydroelectric projects in northern Manitoba.”

“We must work together to address racism, harassment, discrimination, and sexual violence experienced by Indigenous peoples, and in particular Indigenous women, in northern hydroelectric development,” said Settee.

In August 2018, the Clean Environment Commission released a report highlighting the negative impacts of hydro development in Northern Manitoba. Since then, First Nations leaders in Manitoba have continued to demand a public inquiry.

Call 13.4 also says all levels of government need to fund further inquiries and studies to gain a better understanding of the “relationship” between resource extraction and other development projects and violence against Indigenous women and girls.

Corfield believes the tide is turning and believes that Indigenous ownership of the Trans Mountain pipeline and expansion can go a long way in shifting outcomes.

“When you have Indigenous ownership trying to step forward, it’s a way things can be done differently. It’s a way that decisions that are made can be influenced by the belief and values that are important, specifically, to Indigenous groups,” she said.

“I believe now that we’re talking about this openly and publicly, change is occurring. There is a shift. Women and children will be valued.”

The Iron Coalition did not respond to numerous requests from Windspeaker.com for an interview.  The Western Indigenous Pipeline Group could not be reached for comment.