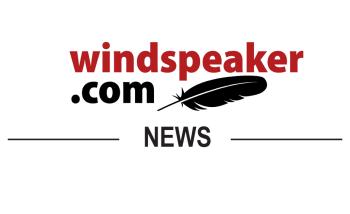 Two resolutions that passed unanimously at the Métis Nation of Alberta’s annual general assembly this past Saturday gives the organization permission to pursue legal action if necessary.

The MNA hopes to move forward in talks with the province for recognition of harvesting rights in southern Alberta, and with the federal government in establishing a process for negotiating a settlement for Métis scrip abuses within Alberta. If neither happens, litigation will ensue.

“For me and Region 3, we’ve had a lot of discussions about what hasn’t happened around harvesting, so I’m glad that we have that resolution and we’ll be able to move on it,” said MNA President Audrey Poitras, who introduced the resolution on harvesting rights in southern Alberta.

A 2010 Alberta Provincial Court decision, upheld by the Court of Appeal in 2011, ruled that Garry Hirsekorn did not have constitutional rights as a Métis to hunt mule deer out of season and without a license in southern Alberta. Hirsekorn asserted, unsuccessfully, and backed by the Métis National Council, that he had an Aboriginal right to hunt for food and the Alberta Wildlife Act unjustifiably infringed that right.

However, the issue was the geographic area in which Hirsekorn was hunting. Evidence presented at the time of the trial did not support an established Métis community in southern Alberta and failed to show Métis had effective control of the area prior to 1874 with the arrival of the Northwest Mounted Police.

But since then, reads the resolution, decisions by courts, including the Supreme Court of Canada, have contradicted the site-specific approach to Métis harvesting rights taken in the Hirsekorn decision. As well, says the resolution, there has been additional research to prove Métis presence and harvesting in southern Alberta.

The resolution also takes aim at the provincial government which committed to discussing Métis harvesting rights in the south, but has failed to do so.

The resolution commits to “raising this issue in the ongoing UCP leadership race.”

With the resignation of United Conservative Party leader and premier Jason Kenney in May, seven people are vying to replace him. Voting for the new leader will begin on Sept. 2 with mail-in ballots, while in-person voting will take place on Oct. 6.

The resolution concludes with allowing the MNA to initiate litigation, in consultation with the Region 3 regional and local councils. Region 3 is the area from Calgary and south to the United States border. Such action would be taken in order to “secure a recognition of Métis harvesting rights in southern Alberta.”

No timeframe as to when this work would get underway was offered.

The resolution calling for action on Métis scrip emphasizes that “redress for the injustices of the Métis scrip system is fundamental to meaningful reconciliation between the Crown and the Métis Nation within Alberta.”

In the 1800s, as European settlers were moving into the west, the federal government devised a system of providing Métis families scrip, or promissory notes, that could be used toward the purchase of land or redeemed for money. Many Métis were defrauded of their scrip by land speculators, or the process of redeeming the note for land was purposely made legally complex, personally expensive to Métis to travel to land offices, and lands to be made available to Métis were severely restricted, favouring settler claims to lands.

The resolution points to the framework agreement signed between Canada and the MNA in 2017, which included a “commitment to explore with a view to settling the outstanding claims of the Métis within Alberta against the federal Crown” which includes Métis scrip.

Despite that commitment and the MNA’s “persistent efforts,” no substantive process has been put in place by Canada to address or negotiate the issue of scrip, reads the resolution.

The resolution also references litigation “initiated by a few unauthorized individuals and so-called community associations” through the Durocher land claim.

In October 2019, 17 Alberta Métis plaintiffs from northern Alberta joined with northwestern Métis individual and organization plaintiffs in Saskatchewan to lay claim to 120,000 square-kilometres of land spanning northern parts of both provinces. They asserted that this area was promised to the Métis through scrip notes and then was fraudulently taken from them.

This past June, the Alberta Métis plaintiffs withdrew from the litigation.

Now, the MNA is pushing for Canada to establish a process to negotiate a settlement for scrip. If that doesn’t happen, the MNA has been given the go-ahead to initiate litigation on behalf of Alberta Métis.

No timelines were attached to this action either.

Neither resolution included anticipated costs for legal action to be taken by the MNA.