Resilience, experience, tradition: Privilege to be turned on its head in fight against COVID-19 in Indigenous communities 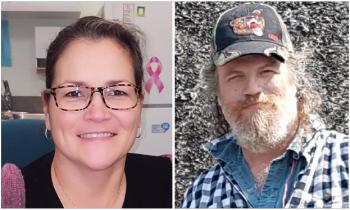 “The title of our project was given to us by two Cree Elders on the advisory council. Mithwayawin (is) the idea of wellness and health, but kitatipithitamak mithwayawin is ownership or control over…” — Dr. Stephane McLachlan
By Shari Narine
Windspeaker.com Contributor

As the first presumptive case of COVID-19 was identified in a First Nation, Cree R.N. Gail Braun had two opposite reactions.

Concern was her primary response as the news broke yesterday that the Peter Ballantyne Cree Nation in northern Saskatchewan was dealing with a presumptive case.

However, Braun said the case also provided an opportunity to track what will happen to combat COVID-19 in real time. She is collaborating on a project that hopes to affect change in pandemic response, as well as health and health care in First Nations.

“The intent (of the study) is to watch (COVID-19) evolve in Indigenous communities and see what services are being made available, how quickly is the response from the federal government. It’s just watching to see how that happens and if there’s delays in response, perhaps. Developing recommendations, should this happen again, these recommendations would be followed more precisely, because we’re doing this as it progresses.”

Braun is a member of the Nisichawayasihk Cree Nation and has worked on the front lines in numerous Manitoba First Nations over the past 24 years.

The project she is part of—kitatipithitamak mithwayawin: Indigenous-Led Planning and Responses to Coronavirus (COVID-19) and other Pandemics Then, Now, and Into the Future­—is one of two University of Manitoba Indigenous-related projects to split $1 million. The projects will be funded over two years as part of the COVID-19 Rapid Response Program, with funding provided by the Canadian Institutes of Health Research.

Kitatipithitamak mithwayawin is led by Dr. Stephane McLachlan, in the environment and geography department.

McLachlan’s team, which sees researchers, Indigenous collaborators, and an Indigenous advisory council working together, will liaise with health directors with First Nations primarily in Manitoba, as well as Saskatchewan and northwestern Ontario, and in a more limited fashion with those from Alberta, British Columbia and Quebec.

“The title of our project was given to us by two Cree Elders on the advisory council. Mithwayawin (is) the idea of wellness and health, but kitatipithitamak mithwayawin is ownership or control over, is something across both cultures, Indigenous and Western society, and control over healthcare,” said McLachlan.

In Braun’s time in healthcare, she has seen little control or emphasis placed on healthcare by the federal government when it comes to working with Indigenous communities.

She references the SARS outbreak in 2003 and H1N1 in 2009. She points to the fact that Indigenous Services Canada is identifying field hospitals and isolation tents for Indigenous communities as a means to deal with COVID-19. She says, this proves that little has changed in the last 17 years since SARS.

While the rest of Canada is being proactive in its response to COVID-19, many First Nations are stuck with being reactive. Responding to basic safety protocols like proper handwashing and two-metre distance between people are problematic because of the reality of life in many communities.

“The general (direction of) avoiding people and washing your hands, all that stuff is for the general population, assuming they have access to clean water and proper housing... It really doesn’t apply to Indigenous communities because we’re at higher risk for all of those reasons,” said Braun.

“…. Part of it is actually translating what we’ve developed into the context of those communities and the realities. What does social distancing actually mean in a very different context?... that’s the kind of work that’s underway right now and we need to really accelerate it,” said Tam.

She also acknowledged that some communities are considering isolation—closing their own borders—as a protective measure because they don’t believe they have the ability to cope with COVID-19.

“I think many are thinking we just can’t afford to let the virus enter. So as a result many might be taking those kinds of decisions. It’s an individual community decision as well,” said Tam.

Braun says she’s “frustrated and angry” that Indigenous communities have to go to that length to stay safe.

“I don’t know why things haven’t changed, but they haven’t,” she said.

Still, Indigenous communities carry on and this resilience is going to be part of McLachlan’s study.

“We’re not just going to be looking at and finding gaps and inadequacies, but lots of strengths and resilience. The idea is there’s a lot of effective strategies, especially at the community level, that no one has documented, no one has promoted, no one has shared broadly,” said McLachlan.

Braun says she has seen a return to traditional medicine and ceremony and that makes her hopeful.

As McLachlan’s project studies COVID-19 in real-time, he’s hoping to share best-practises and other successes with a wider audience.

“We’re putting a lot of focus on communication and trying to make what we’re doing visible and accessible and as inclusive as possible so that any organization, in any community, regardless of where they’re located, can plug in and work with us around this,” he said.

McLachlan adds that it’s important that Indigenous communities have their voices heard in these situations.

McLachlan is working to get more funding to allow him to increase his reach to First Nations health directors in all 10 provinces.

Her team will focus on how the general public, including special targeted populations like the Métis, understand public health communication efforts about how they can protect themselves and their families.