For the record, Tŝilhqot’in Nation tells the story of ‘a very bad disease’ with COVID-19 report 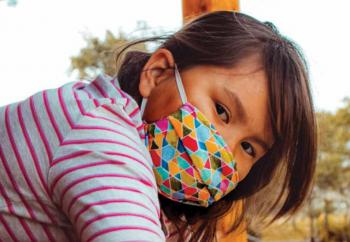 Photo from the front cover of Dada Nentsen Gha Yatastig; Tŝilhqot’in in the Time of COVID: Strengthening Tŝilhqot’in Ways to Protect Our People

“If there’s a future emergency, they can pull it off a shelf and use it as a guide. Also, it’s important to show government where we’re at. It certainly signals out all the areas we are lacking in governance.” — Tŝilhqot’in Nation Chief Joe Alphonse
By Sam Laskaris
Local Journalism Initiative Reporter
Windspeaker.com

The Tŝilhqot’in Nation has released a comprehensive COVID-19 report, including Calls to Action, many of which made up part of a wildfire report the Nation released two years ago.

The latest report, made public Thursday, March 18, is titled Dada Nentsen Gha Yatastig; Tŝilhqot’in in the Time of COVID: Strengthening Tŝilhqot’in Ways to Protect Our People.

The first four words of the report are in the Tŝilhqot’in language. Translated into English they mean: “I am going to tell you about a very bad disease.”

The 138-page report was written in partnership with researchers from the University of British Columbia.

The report includes the Nation’s experiences, achievements and lessons learned from the pandemic. It also includes 40 action items.

Tŝilhqot’in Nation Chief Joe Alphonse said many of those 40 items are the same as those that were called for in the report called Tŝilhqot’in Wildfire Report, The Fires Awakened Us. That 2019 report had been published following wildfires in Tŝilhqot’in territory in both 2017 and 2018.

Alphonse said he is generally pleased with the content of the latest report.

“Over-all I’m happy with the report,” he said. “If there’s a future emergency, they can pull it off a shelf and use it as a guide. Also, it’s important to show government where we’re at. It certainly signals out all the areas we are lacking in governance.”

The report’s Calls to Action demonstrate an ongoing need for the following:

“I feel it’s important for us to document our experiences,” Alphonse said.

He also believes it is vital to have written documentation. This differs from previous generations when many members of the Tŝilhqot’in Nation suffered from the 19th century smallpox pandemic and the early 20th century Spanish flu pandemic.

“Those stories are passed down orally,” Alphonse said.

But with last week’s published report, there will be a lasting written record of COVID-19.

Jenny Philbrick, the executive director of the Tŝilhqot’in National Government, is pleased the report has been released.

“It really brings to light the successes we’ve had as a Nation in emergency response,” she said.

These successes include getting food to residents in all six of the Nation’s communities, setting up an emergency operations centre and creating checkpoints coming into Tŝilhqot’in communities.

Alphonse said the need that his Nation become self-governing was proven early on in the pandemic. When Tŝilhqot’in Nation officials approached the RCMP to assist with lockdown enforcement, they were told assistance would not be forthcoming as the lockdown measures were provincial policy and not law.

“To me that makes it very clear that the RCMP is not an extension of our government,” Alphonse said.

Alphonse added Tŝilhqot’in officials have defied RCMP evacuation orders in recent years during wildfires, with residents managing to save homes in the community by fending for themselves instead of on outside assistance.

Philbrick said the Nation has had a challenging year because of the pandemic.

“We faced systemic racism, I think, above and beyond a lot of other communities,” she said. “We struggled with funding and mental health and isolation.”

Philbrick is hoping plenty of good will come from the Nation’s report.

“We’re really hoping that this report, and hoping that our partners, move forward with the calls to action to ensure that we have better outcomes in the future,” she said.

Philbrick also said she’s looking for partners to commit to UNDRIP and to understand that Indigenous communities need to be governing themselves and have a need to be in control of emergency preparedness.

Mike Farnworth, B.C.’s minister of Public Safety and Solicitor General, believes better days are not too far in the future of the pandemic.

“But that doesn’t dismiss the difficulties this past year brought, particularly to Indigenous communities who we know have been disproportionately impacted,” he said.

Farnworth is also glad of the release of last week’s report.

“There’s a lot of valuable detailed information in this report and it will help us better understand the ongoing challenges the Tŝilhqot’in Nation has faced trying to cope with the crises of this pandemic,” he said.

Marc Miller, the federal minister of Indigenous Services, said his government is also willing to lend a hand.

“We will be looking at ways to strengthen our partnership and to see how we can support your emergency management needs moving forward,” Miller said in a video released by the Nation.