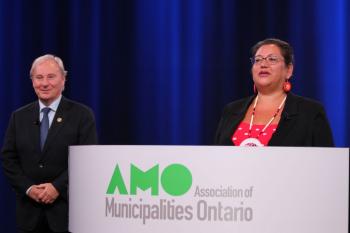 “The friendship centre has been there since the ‘70s. But we looked at it and said let’s step up our game.” — Doug Lawrence, mayor of Sioux Lookout, Ont.
By Sam Laskaris
Local Journalism Initiative Reporter
Windspeaker.com 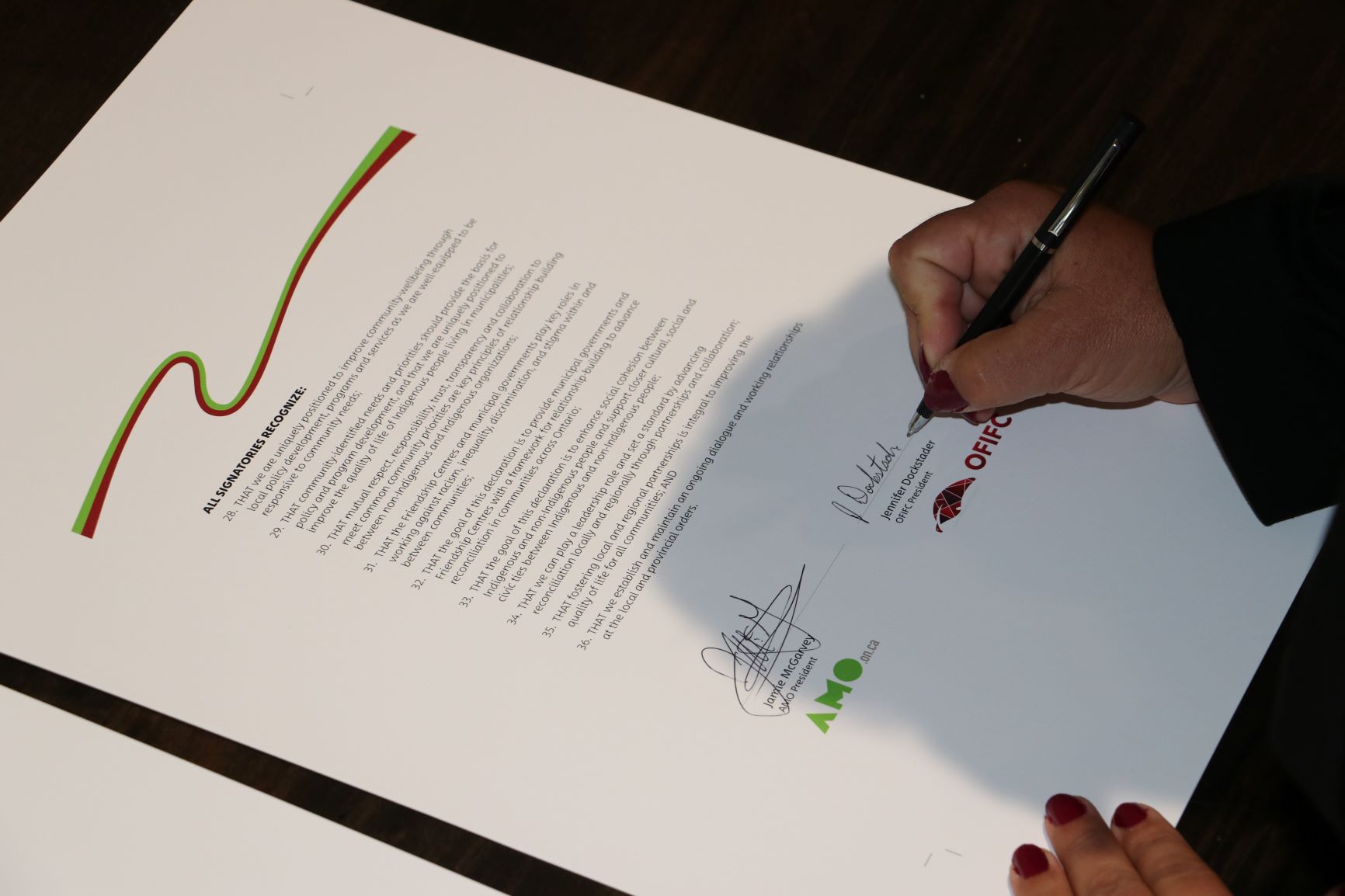 Indigenous and municipal officials in Ontario are praising an agreement they have signed that takes steps towards reconciliation.

The agreement between the Ontario Federation of Indigenous Friendship Centres (OFIFC) and the Association of Municipalities of Ontario (AMO) was publicly announced Wednesday, Aug. 19.

The agreement is titled the “Declaration of Mutual Commitment and Friendship: Improving The Quality of Life of Indigenous People across Ontario’s Municipalities.”

Officials from seven municipal governments, as well as their local friendship centres, signed the agreement.

“It is super exciting,” OFIFC President Jennifer Dockstader said of the signed deal.

“It’s an acknowledgement from the municipalities that 85 per cent of our Indigenous people (in Ontario) live in urban and rural communities.”

Dockstader believes friendship centres in the province have had good relationships with their municipalities.

“This formalizes and makes it broader,” she said of the agreement, which was developed following discussions that have been taking place for the past year.

The declaration mentions the work that has already been done to improve the lives of Indigenous people in the province.

But it also emphasizes the need for friendship centre leaders and municipal governments to increase their dialogue and partnerships in order to improve services and support for Indigenous people.

Doug Lawrence, the mayor of Sioux Lookout in northern Ontario, said his town has had a lengthy and productive relationship with its local friendship centre.

“We’ve had a lot of engagement with them,” he said. “The friendship centre has been there since the ‘70s. But we looked at it and said let’s step up our game.”

He said having a positive relationship is especially vital in Sioux Lookout.

“Our in-town population is probably 50 per cent Indigenous,” Lawrence said.

Sioux Lookout is also a hub community, which services 30 First Nations in the northern parts, with 25 of those being remote, fly-in only communities.

Realizing the importance Indigenous peoples are to his community, Lawrence, who is in his sixth year of serving as mayor for the town, added his administration has been focusing more and more lately on Indigenous relationship building.

“We’ve been working more closely with the friendship centre in recent years,” he said.

Though an agreement is now in place, Dockstader believes plenty of work still needs to be done to achieve the goals of the declaration, which include:

“The AMO and the OFIFC will continue to work together,” she said. “We will be building momentum and reporting back to each other.”

Wendy Landry, the Indigenous mayor for the Municipality of Shuniah in northwestern Ontario and the chair of AMO’s Indigenous Task Force, is not sure when there will be a public reporting of how the declaration is working.

“It’s not something you can put a timeline on,” said Landry, who is also an AMO board member and the president of the Northwestern Ontario Municipal Association. “It’s a question of building relationships.”

Landry said it has become increasingly difficult these days to plan things and why any sort of timeline for future updates on the agreement are tough to pin down.

“It’s hard to say with COVID,” she said. “That’s interfering with everything.”

Landry would be thrilled if officials from all 29 of those centres, as well as their municipal officials, end up signing on to the agreement.

“That would be an ideal situation for us,” she said. “We’ve had a lot of interest and a lot of communities come forward. With this accord we are offering a framework to develop that. We are hoping this deal will heighten the awareness for our municipalities.”

Among those others that have expressed some interest in the declaration are the towns of Red Lake and Fort Frances and the cities of Ottawa, North Bay and Dryden.

Dryden is of note considering the animosity of many in the city towards their hometown Canadian Senator Lynn Beyak, who has made numerous statements and published letters derogatory to Indigenous people in recent years.

Earlier this year, a Dryden councillor tabled a resolution calling for Beyak’s resignation from the Senate. Dryden’s council voted against the resolution, primarily as it was believed to be a federal and not a municipal issue.

Dockstader said Dryden city officials and those from its local friendship centre have a great relationship.

Landry echoed this sentiment and does not believe Beyak’s actions will be taken into consideration when Dryden and its friendship centre consider whether to sign the agreement.

“We felt her views were not representative of those in this region,” Landry said. “But the Senator Beyak issue is a separate issue.”