As PEI First Nations get own regional chief, composition of AFN brought into question 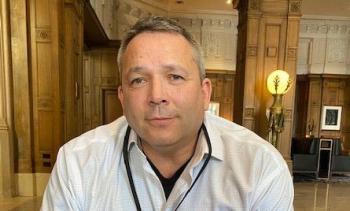 “I’ve been part of this assembly for about two decades now and we talk, talk, talk. We talk about going down the nationhood path and we have to get to the action end of things.” —Six Nations Councillor Nathan Wright
By Shari Narine
Local Journalism Initiative Reporter
Windspeaker.com

First Nations from Prince Edward Island will now have their own voice at the Assembly of First Nations executive table.

Chiefs voted in favour of the move July 6 on the first day of the AFN’s annual general assembly to support an amendment to the charter to see PEI nations split from New Brunswick nations to get their own regional chief.

Gull Bay First Nation Chief Wilfred King, however, said that while he supported the resolution in principle, this particular change in composition of the executive is not the direction he wants AFN to be headed.

“When we looked at the AFN renewal, I was always under the assumption that we were going to look at true nationhood. And how we’re structured at the AFN is through provincial boundaries and perhaps that’s the only way we can organize ourselves at this stage, because of Confederation. But I don’t agree with that,” said King.

He pointed out that Gull Bay was an Anishinaabek Nation and the Anishinaabek people occupied territory through Ontario, Manitoba, Saskatchewan and parts of Alberta, Quebec, Minnesota, Wisconsin and Michigan.

While he said there may be “problems with having representation of the Anishinaabek Nation at that level,” they are also broken down into different treaty areas, which could serve as sub-groups within the Nation.

“We signed international agreements with the British Crown. We are sovereign nations and yet we seem to capitulate to the sovereignty of Canada, and by doing so, we’re doing it, I guess, inadvertently through provincial boundaries,” said King.

Councillor Nathan Wright, who held the proxy for the Iroquois nation of Six Nations in Ontario, agreed with King, although he, too, supported the resolution in principle.

“As we go further down the path of restructuring we’ll get to that nation discussion, because I think that’s so fundamentally important,” said Wright.

“I’ve been part of this assembly for about two decades now and we talk, talk, talk. We talk about going down the nationhood path and we have to get to the action end of things,” he said.

He pointed to the Iroquois caucus which had developed its own process and said that was the approach he wanted to see as seats are established at the executive table.

Gould said that being included with New Brunswick at the AFN table had its challenges, including getting adequate funding for education from Indigenous Services Canada.

He noted that during COVID-19, he and Bernard were in Ottawa advocating for PEI First Nations.

“We have the provincial representation. We just don’t have the executive representation at the Assembly of First Nations. It makes no sense to me,” he said.

“As a province we have a lot of value to add to the national voice,” said Bernard.

“Is this resolution speaking about equal representation? In B.C. we have over 204 nations and we only have one regional chief. So if you’re talking about equality, how do we do that?” said Wilson. “How does it create more solidarity?”

Gould said that moving forward, the charter renewal would be addressing this “complicated issue of representation,” but at this point, the charter’s constitution sets up the executive based on provinces.

“The executive… is short our representation. I think that’s all we’re asking for is fair and equal representation. I will be an advocate for the proper change to the inclusion of a change down the road as it comes. All we’re asking is that Prince Edward Island be at the table and given the respect and included in that decision-making process,” he said.

PEI was given a seat at the executive table with support from about 70 per cent (unofficially) of the chiefs.