Online voting could give power back to community in First Nations 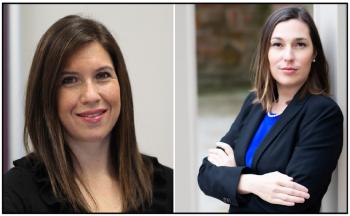 “Even if we say online voting is a solution, you have to sort out the digital literacy and digital access piece first, which is going to be a challenge. I think if COVID has shown us anything, this is a challenge we need to work on overcoming.” — Nicole Goodman
By Shari Narine
Windspeaker.com Contributor

The authors of a report on online voting for First Nations, released May 3, say the federal government must prioritize amendments to the Indian Act and First Nations Elections Act to allow full participation by band members.

Permitting online voting for referenda and elections would support self-determination for communities that do not have custom election codes, says Nicole Goodman, co-author of “Indigenous Experiences with Online Voting.”

“The act of implementing the online voting on their own and the increase in participation and how that supported the community could help the community take their power back,” said Goodman.

Online voting, says co-author Chelsea Gabel, allows off-reserve members to be engaged, and it serves as a tool against such barriers as distance and time.

According to the report, the national average of First Nation members living off-reserve stands at 65.7 per cent.

“Initially our focus was on how online voting engaged off-reserve members, but many on reserve members told us they wanted this, too, and it did encourage their participation,” said Goodman.

Gabel believes the ability for First Nations to choose online voting is underscored “especially now that we’re in the situation we’re in with COVID-19.”

However, that was not—and is still not—the avenue chosen by Indigenous Services Canada (ISC). Minister Marc Miller implemented the First Nations Election Cancellation and Postponement Regulations in April 2020 at the onset of the coronavirus pandemic which allowed chief and council to lengthen their terms by two consecutive six-month periods because of disease control. Parts of the regulations were struck down in federal court in April 2021. The federal government announced it would appeal the decision and followed up in last month’s budget by pledging to introduce legislation to ensure the regulations.

The first of eight recommendations in the “Indigenous Experiences with Online Voting” report calls for the federal government to modify legislation that governs referenda and elections.

“Amending the regulations that govern voting would allow First Nations to make their own choices about the types of voting methods that work for their unique communities. The wording of this change should be broader than “online ballots” to provide for the use of alternative voting methods, which could include online, electronic, telephone voting and other options. The specific language of this change should be established with First Nations,” states the first recommendation.

Beyond legislation, other limitations include poor Internet connectivity and high costs.

“Even if we say online voting is a solution, you have to sort out the digital literacy and digital access piece first, which is going to be a challenge. I think if COVID has shown us anything, this is a challenge we need to work on overcoming,” said Goodman.

The 2021 budget has committed $6 billion over five years to meet infrastructure needs in Indigenous communities.

“When they say infrastructure, it’s not really clear what that all entails,” said Gabel.

Gabel adds that shortly after she and Goodman began working on this project in 2017 Indigenous and Northern Affairs Canada was split into two separate departments. It only became clear one-and-a-half years ago that online voting was the responsibility of ISC and not Crown-Indigenous Relations and Northern Affairs.

Moving forward, Goodman and Gabel say they would like to see ISC take action. They say they consulted with the department throughout the process and presented ISC with an advanced copy of the report. Neither author wants to see the report sit on a shelf and be forgotten.

“We would encourage the … federal government to do meaningful consultation with communities … to discuss the report and to prioritize the recommendations and make a plan forward to see these being fruitfully implemented so they can benefit communities,” said Goodman.

“What we heard from communities is that they should have the choice to be able to decide,” she said.

Although the report features three First Nations, which undertook online voting—Nipissing and Wasauksing in Ontario, and Tsuut’ina in Alberta—community engagement was also held with other First Nations. Gabel is confident that Inuit and Métis communities and organizations can also learn from the best practises outlined in the report.

Find the report at http://www.digitalimpactfn.com/