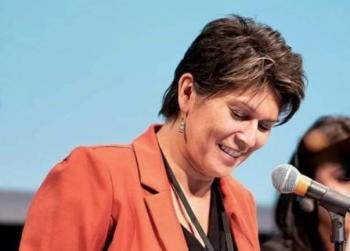 “… it’s time to give a voice to Indigenous women in Quebec as well and take the time to listen to them. We’ve ignored them for too long.” — Professor Suzy Basile
By Shari Narine
Local Journalism Initiative Reporter
Windspeaker.com

There are no statistics. There is no time frame. And she has yet to collect names. But Professor Suzy Basile, Canada’s Research Chair on Indigenous Women’s Issues at the Université du Québec en Abitibi-Témiscamingue (UQAT), knows that First Nations and Inuit women in her home province suffered forced sterilization.

“It has been well documented out West, I would say. Not here yet. This is what I’m trying to do; to fill that gap. If these sterilizations happened in all the provinces and territories in Canada, how could we say it didn’t happen in Quebec? This is why we thought and developed this research project,” said Basile.

UQAT has joined with seven Indigenous and non-Indigenous organizations in the province and Senator Yvonne Boyer, a member of the Métis Nation of Ontario, to research a subject that has no provincial data. Boyer has led the charge in the Senate of Canada to end the practise of forced sterilization.

This research project is being undertaken two years after the Quebec government refused to participate in the federal working group on forced sterilization of Indigenous women in Canada.

In an open letter to the province published in February 2019 by Radio-Canada, Basile and six other Indigenous professionals called out Quebec for “perpetuating a colonial attitude… (and) closing their eyes and ears to crucial issues in Indigenous health, wellness and fundamental rights….”

Basile also calls out the “research world” for not paying attention to Indigenous women in the past.

“Things are changing now,” she said, noting that attention has been drawn to allegations of abuse made by Indigenous women against the police in Val d’Or in 2015 and because of the death of Joyce Echaquan in the Joliette hospital last year.

“Quebec (is) realizing that maybe something is going on and we should look at and listen to these women. This is a new thing here and it’s just starting and I’m one of the only researchers that works on these issues.”

Basile, from the Atikamekw community of Wemotaci, also points to the low number of Indigenous scholars in the province compared to other parts of Canada.

“We are far behind here and I’m working on that, but it’s a lot of work,” she said.

For now, her attention is fixed on reaching Inuit and First Nations women who believe they have been sterilized without their consent or who have suffered obstetric violence and asking them to tell their stories. A wide variety of communication efforts have been or will be engaged, including social media, postcards sent to every home in an Indigenous community, a memo to every Indigenous community, as well as a bilingual video.

Information will be collected in two phases, says Basile. First, a retired bilingual nurse will talk to the women and get their accounts, and then the women who agree to a second interview will talk to Basile’s Indigenous Studies doctoral student Patricia Bouchard, who will “go deeper into how this event affects the life of these women.”

There is so little information available on the topic that Basile says grandmothers may come forward with personal accounts and there may be a “very recent story of a young woman who just gave birth…. This is one of the weird things with this research project. We have no idea. But we know there are cases, but where and how, and how many, we don’t know.”

Basile understands that telling their stories won’t be easy for the women or their family members. She says months were taken to set up a “security net” for participants, by reaching out to the health departments in each of the Indigenous communities and working with the urban friendship centres.

As difficult as it will be, though, Basile feels it is necessary for the women to speak their truths.

“It’s very important because it’s time to give a voice to Indigenous women in Quebec as well and take the time to listen to them. We’ve ignored them for too long. In the past, people were doubting their words about their stories. We hope that by … the professionalism of all the organizations that are involved in this research, the findings of this research will be taken seriously,” she said.

Interviews will take place from now until the end of August. By next spring, Basile expects the final report to be completed. That report will go to the partners in the project, who could choose to share the report elsewhere. The findings will also be the subject of Bouchard’s thesis.

Basile adds that while it is not the intention of the project to lead to a class action lawsuit, like what is happening in other parts of the country, she says it is a possibility.

“We have lawyers working with us and on our team and if these women are asking more questions about that and would like to go further, we hope, we wish to be able to help them. But it’s not the ultimate goal, but it could be one of the benefits of the research,” said Basile.