New structures being added to Anishinaabe camp at National Park 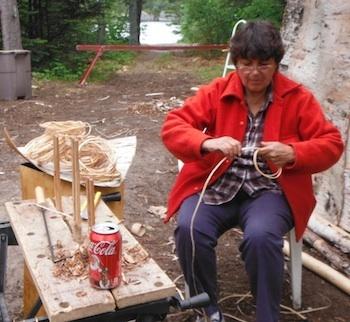 Visitors to Canada’s Pukaskwa National Park are getting a special treat right now. The traditional Anishinaabe camp there is being is being relocated and two new structures are being created.

Park staff commissioned an entire family of artisans from the Biigtigong First Nation—whose territory the park sits on in part—to build a traditional wiigwaam, and a cook-tent called a jiibaakwewgamig. Visitors have had the luxury of watching the artisans work during guided tours.

“Pukaskwa had its first Anishinaabe camp up by 2002, and it was inspired by some of the Ojibwe Elders in the area… This is a rebuilding of the camp that was here previously,” said Eva Couchie, one of the four artists tasked with creating the wiigwaam and cook-tent.

“It doesn’t mean we’re repairing the old structures. The old structures lived their lives here in the park, they were torn down, and we started in a new location,” she said.

Eva, her husband Dan, her daughter Bonnie, and Bonnie’s husband Gord, are all working together on the projects. They’ve been officially at it since June 22, and are scheduled to finish within the first week of July.

Eva’s motivation to work on the project was her desire to share the culture with others, and she says Elders in the community share the same pride.

“Some of the Elders were very emotional about seeing the structures being put up. They were talking about how important it was to them to see our culture being recognized and acknowledged, and how grateful they were that young people and other visitors would have the opportunity to see real, traditional structures,” she said.

According to Dan Couchie, it’s gratifying, but tough work, and the family had to start long before June. Making the traditional wiigwaam and cook tent required the harvesting of certain natural materials they had to scout for in spring, such as trees and sapling poles that were just the right size. And it also required serious prep work.

“For the cook shelter, it’s black spruce poles. They have to be peeled and de-limbed and all those little sharp branch ends pulled off. Then the birchbark is a big component of it,” he said, adding that the wiigwaam uses primarily white birch sapling poles, and he and his wife gathered 55 of them.

“And we used spruce roots for lacing the bark. Then rawhide cut into long strips for tying off real critical areas,” he said.

The only store-bought substance was jute, said Dan. Jute is a plant fibre spun into twine. The family used it to fasten the poles of the wiigwaam frame because it’s significantly stronger than the rawhide twine they’d been using to tie pieces together in other places.

“We’re taking a two-week time frame to do it, and putting in very long days. Way back when people were living in them on a daily basis, they put them together a lot quicker. We’re taking a lot of care to ensure it’s very sturdy,” said Dan.

The relocation piece, for this year’s revamping of the park and the Anishinaabe camp, is the result of advice from Elders and knowledge keepers of the Biigtigong First Nation, said Sharon Hayes, Pukaskwa Park Manager.

The old location and the new location aren’t that far apart, she said, but the new location enhances the park’s mandate in sharing real, true Anishinaabe culture with people, and giving them a heavy dose of nature at the same time.

“Where it’s moved is a better view-scape of what we call the Hattie Cove area. It’s what we were hearing from staff who worked closely with Biigtigong First Nation Elders, and it seemed to be a more fitting spot where you could see a little bit out onto the water,” said Hayes.

“A big part of what people are seeking is that true wilderness environment… We hope that when people leave they have a broadened understanding of what Indigenous culture is and what it means to this landscape,” she said. 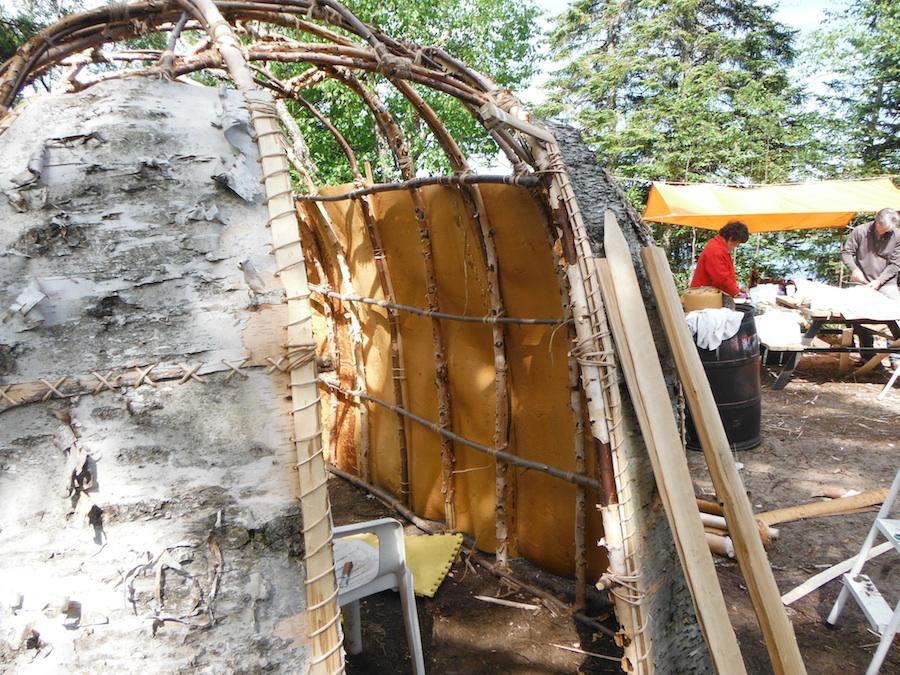 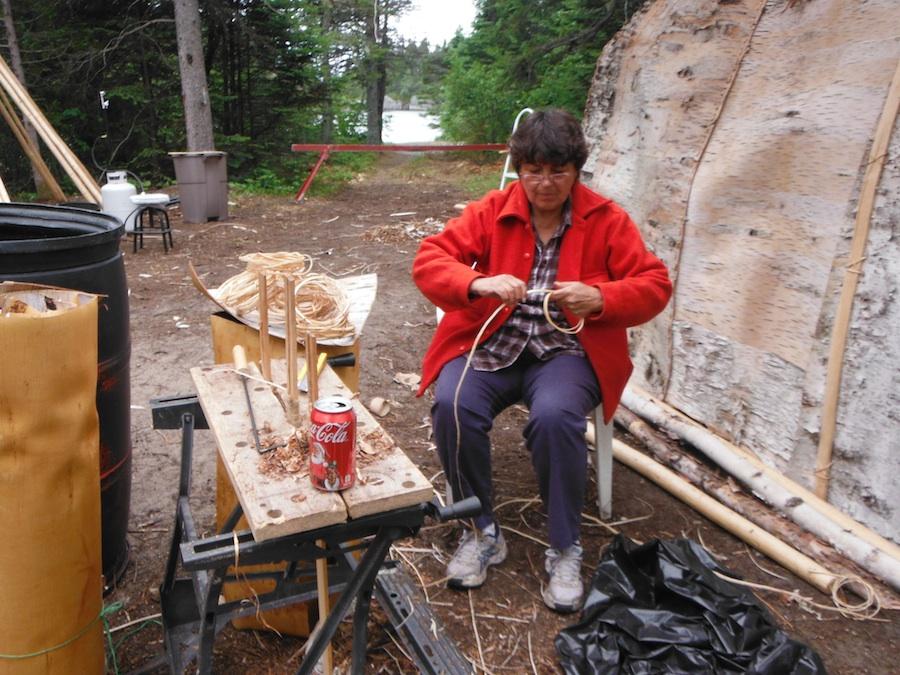