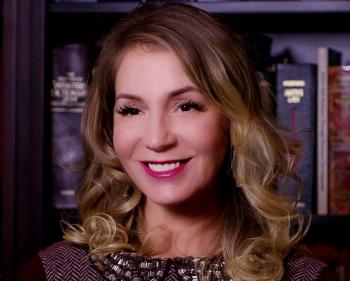 “I’m just so thrilled judges with so much influence volunteered their time to do this.” — Geena Jackson
By Sam Laskaris
Local Journalism Initiative Reporter
Windspeaker.com

Geena Jackson is the founder and executive producer of Bears’ Lair TV, a reality series that will see Indigenous entrepreneurs pitch their business ideas in the hopes of winning money.

A call for contestants from across Canada is currently underway. The plan for the initial season of the series, which will feature nine episodes, is to start filming in Vancouver in March.

Episodes will then begin airing nationally on the Aboriginal Peoples Television Network (APTN) this fall.

Bears’ Lair TV will have some similar concepts to Dragons’ Den, the popular TV show that has been airing in Canada since 2006.

“I’ve thought for literally 10 years why is there no show with Indigenous entrepreneurs and with Indigenous judges,” said Jackson, a member of Sechelt First Nation in British Columbia.

The first season of Bears’ Lair TV will feature 18 contestants, who will seek a share of $180,000. Various sponsors, who are advocates of Indigenous economic development, have collectively joined forces to provide the show’s prize money.

Three entrepreneurs will be featured in each of the first six episodes. The winner of each of those episodes will be awarded $10,000 and advance to the semi-final round.

The semi-final round will be broadcast over two episodes, each featuring three contestants. Just one participant will be eliminated following each of the semi-final shows.

And that will leave four finalists for the ninth and final episode. The overall winner will be awarded $100,000.

“It’s all going to be positive feedback,” Jackson said. “Nobody is going to be belittled.”

Jackson will be one of the four main judges. She will be joined by Tabatha Bull, Dave Tuccaro and Trent Fequet.

“I’m just so thrilled judges with so much influence volunteered their time to do this,” said Jackson, who is from the Frog clan and whose traditional name is Tsetasiya.

Guest judges, who have yet to be announced, will also be brought on to episodes to offer their insights.

The contestant application to appear on Bears’ Lair TV is currently open and available here:

Contestant applications will be accepted until Jan. 31.

Jackson has spent a total of 18 years helping out Indigenous entrepreneurs, including 13 years as a project administrator for the Squamish Nation in British Columbia, assisting about 500 individuals who ended up starting their own businesses.

For the last two years Jackson has worked for Snuneymuxw First Nation, also in B.C., assisting with entrepreneurial grant processing.

Through her work experiences, Jackson said some Indigenous entrepreneurs don’t get a fair shake, compared to some non-Indigenous business owners.

“I realized there’s a lot of barriers with receiving funding,” she said. “And a lot of them don’t know the funding that exists.”

“They need somebody to believe in them,” she said.

Jackson said it will be a win-win situation for all contestants on Bears’ Lair TV, even those who don’t advance to other episodes.

“Even if they don’t win, they still win,” she said. “They will still be on our website with all of their business information.”

Unlike Dragons’ Den, those who appear on Bears’ Lair TV will not be pitching to judges who will agree to provide funding based on taking an ownership percentage of one’s business.

Since secured sponsorship money is already in place, contestants will receive all of their winnings.

The first six episodes of Bears’ Lair TV will be taped in Vancouver on March 5 and March 6. The semi-finals and concluding episode will be filmed March 11 and March 12.

“We’re hoping to have future seasons for sure,” Jackson said. “We think this is a great project and a great idea.”