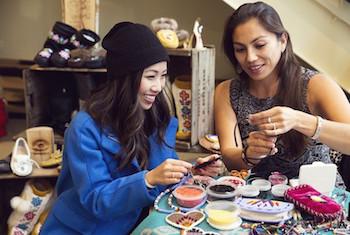 Artists in Toronto will now have a chance to try their hand at making Manitobah Mukluks. The popular Indigenous moccasin and boot brand is opening a school as part of the Storyboot Project at the Bata Shoe Museum in the city in September.

The company already runs a school for artisans in Winnipeg, but a recent grant from the TreadRight Foundation is helping them expand into Toronto as well.

“Honestly, for us as Canadians, it was a no-brainer. It was something we felt good about and something that would really support the Indigenous population, culture and heritage. That was a logical step for us. There aren’t often projects like that you are able to support in North America,” said Shannon Guihan, program director for Treadright.

TreadRight awarded Storyboot a grant as part of their Heritage Initiative, which they actually award internationally. The interesting piece of this part of the Storyboot project puzzle is that not only will Manitobah Mukluks host a school, but the school will also be a ground for educating tourists connected through TreadRight.

Treadright is a partner with a variety of travel companies that see clientele from as far as Europe, and they work specifically within the tour bus industry.

“It was also important to us that we bring guests through Toronto, and be able to showcase something like that in an urban environment,” said Guihan. “For us, if we can’t integrate it into our tours, it’s not as great of an impact, because we’re not able to educate our guests. It allows us to create a meaningful experience,” she said.

Tara Barnes is the director of brand and marketing for Manitoba Mukluks. She said the new school will open in September, and her team is working hard to accommodate the needs of Treadright, while balancing it with Manitobah’s main goal, ensuring Indigenous culture is continued.

“We’ve had the Storyboot Project in existence for almost five years now. It’s kind of how we give back to the community as a fashion brand. Our give-back… we define as Indigenous made pieces, which are based on knowledge from the past being brought forward to future generations,” said Barnes.

“The intention of the grant is to keep the art of Mukluk making alive. We’re using the Treadright grant to bring local connection to Toronto by making a semi-permanent school at the Bata Shoe museum,” she said.

In the past, Storyboot has partnered with universities such as McGill and Carlton to bring classes on mukluk making to a larger audience, said Barnes. The structure in Toronto will be primarily the same, except in Toronto there will be busloads of tourists rolling through.

Each student will be in class around 20 hours in total, and at home creating and making for up to 30 hours extra on their own.

It’s a lot of work for students, but Storyboot has had a lot of success in helping moccasin and mukluk makers showcase their talent, and even come to make a living off of what they’re doing, said Barnes.

“Storyboot has an entire store, featuring all of the artists that make mukluks. We don’t make money off of it, so it’s truly a marketplace for them… Fifty years ago you could get a pair of moccasins made by Indigenous artists for way less than the cost of materials, but we’re trying to make sure artists make real living wages,” she said.

Sarah Brazauskas is the project coordinator for the Winnipeg Storyboot Project. Through her own experience with the project, she’s seen what the school can do for the artisans, and she’s looking forward to the new territory they’ll be covering with the Toronto project. And she’s particularly enthusiastic about the new job description for the instructor they have yet to hire.

“They’ll also be kind of managing a small boutique… a small display of our Storyboot products from Storyboot artisans. They’ll also be guiding tour groups through some of the history and some of the step by step details of what the students are working on,” said Brazauskas.

“I’m excited for this partnership with Bata… This will be really interesting to see how it works out,” she said. 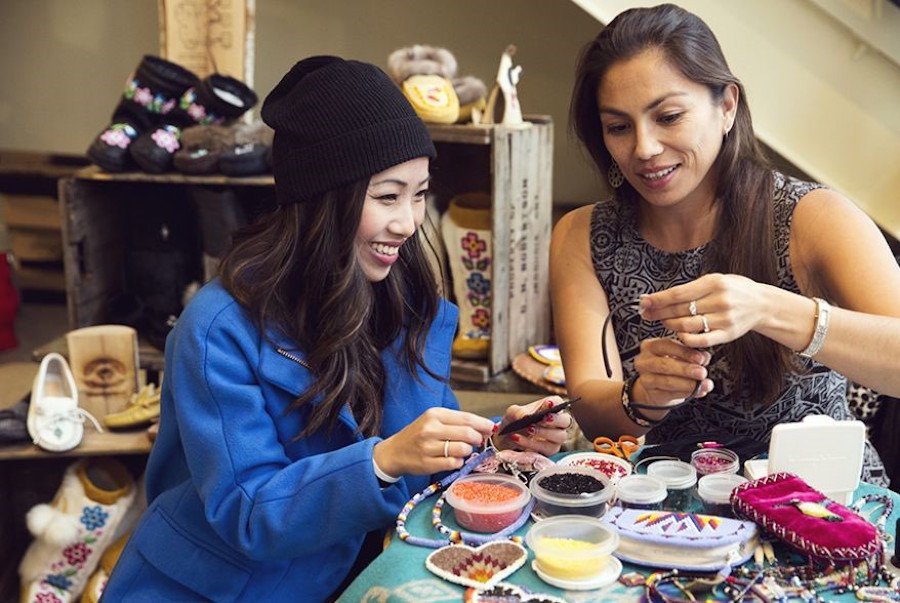