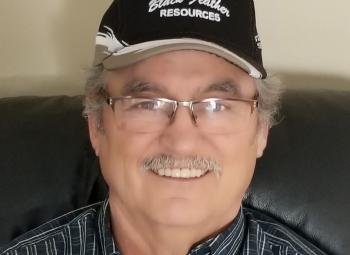 “In the event that the court agrees entirely with the applicant and grants his remedies, it would not be appropriate to order a new election for the 2018 election… Any ruling of this court should be implemented on a go-forward basis.” — Keltie Lambert, legal counsel for Sucker Creek First Nation
By Shari Narine
Local Journalism Initiative Reporter
Windspeaker.com

With Sucker Creek First Nation members slated to go to the polls next month for their band election, a decision has yet to be made on the results of the 2018 election for chief.

A judicial review for the case was heard virtually in federal court on Oct. 13. Documents for the action were filed in January 2019 at which time it went to case management.

Wayne Cunningham, a band member who lives in Joussard, Alta., five kilometres from the reserve, is contesting the ruling of the band’s elections appeal committee, which upheld the Custom Election Regulations that state only those living on reserve are eligible to seek a seat as chief or councillor.

The chief electoral officer for the 2018 election rejected Cunningham’s nomination for chief because he lived off-reserve. Cunningham says those residency requirements are “unlawful and unconstitutional.”

When Cunningham filed his court papers on May 12 — a package totalling 2,303 pages that outlined the actions taken under case management — he was asking that a new election for chief be held and his name be allowed on the ballot.

At yesterday’s hearing, Justice Cecily Strickland asked Cunningham’s legal counsel Allyson Jeffs what she was looking for at this stage of the proceedings with another election for the Nation on the horizon.

“I don’t know. It complicates the matter,” said Jeffs.

She suggested that a declaration may be given to allow Cunningham to run or that another election be held after the “intervening election.”

“In the event that the court agrees entirely with the applicant and grants his remedies, it would not be appropriate to order a new election for the 2018 election… Any ruling of this court should be implemented on a go-forward basis. There’s nothing that can be achieved by redoing the 2018 election,” said Lambert.

“There will be an election this year in November. It may or may not be impacted by this court’s decision in this ruling,” she said.

Cunningham claims that Sucker Creek’s Custom Election Regulations breach Sect. 15 of the Charter of Rights and Freedoms. That section states, in part, that “every individual is equal before and under the law and has the right to the equal protection and equal benefit of the law without discrimination ….”

Numerous court rulings, including from the Supreme Court of Canada, indicate that restrictions under the Indian Act, which tie the hands of off-reserve members when it comes to voting or running for chief and council, are discriminatory, said Jeffs.

Jeffs pointed out that despite the Nation’s election regulations, off-reserve members have been allowed to vote in band elections for some time now. She said that change did not come about through an all-members referendum and said similar action could be taken to allow off-reserve members to run for chief and council.

However, Lambert said the Sect. 15 violation rulings were in response to the Indian Act and not custom code elections.

Lambert also argued that a “significant amount of work” was undertaken in decision-making by chief and council with on-reserve programs and services funded by the federal government and only a limited amount of their time focused on issues that pertained to off-reserve members.

She argued that even if Sucker Creek’s residency requirements could not be upheld under Sect. 15 they were saved under Sect. 1, which states, in part, “rights can be limited by law so long as those limits can be shown to be reasonable in a free and democratic society.”

Lambert also said Sucker Creek First Nation should be allowed to further argue their case under Sect. 25 of the Charter, which states, in part, that no rights protected under the Charter will be used to "abrogate or derogate from any aboriginal, treaty or other rights" belonging to Aboriginal people.

However, continuing the argument under Sect. 25 was not acceptable to Jeffs, who pointed out that the Sect. 25 argument was not raised by the Nation during the election appeal process.

Jeffs held that constitutional arguments could not be raised for the first time in a judicial review. She also said that the chief and council chose not to raise the issue with the election appeal committee.

However, Lambert did not concede that raising Sect. 25 as a defence was the “first time upon judicial review.” She also argued that the election appeal committee did not have the jurisdiction or power to consider “complicated constitutional questions,” considering the make-up of the committee, the time frame for a decision, and the lack of legal qualifications.

Jeffs said Cunningham was not responsible for the inability of the First Nation to raise constitutional issues because of the make-up of an appeal committee established by criteria set out by the band.

Justice Strickland reserved her decision in the matter. She did not indicate when her ruling would come.

Speaking with Windspeaker.com the day before the judicial review, Cunningham did not reveal his intentions for the upcoming election, saying health issues were his priority right now. However, he wanted a decision that would give “all band members the opportunity to run for governance despite where you live.”

Cunnigham said he was aware of six or seven off-reserve members who were interested in running in the upcoming band election. Nomination date is Nov. 12.