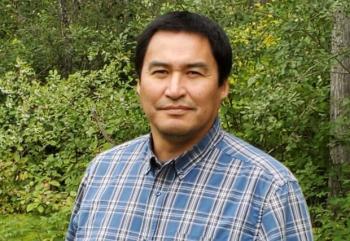 A decision by the elections appeal officer for the Acho Dene Koe has left that First Nation in the Northwest Territories without a chief and seeking a new elections officer.

The newly-elected six-member council was sworn in June 17 and Brenda Berreault was selected to hold the position of acting sub-chief until the new chief is in place.

In an order dated June 23, legal counsel Grant Wallbridge, who was appointed as election appeal officer by a Band Council Resolution, annulled incumbent Gene Hope’s election victory as chief. He also ruled that Floyd Bertrand be allowed to seek the position if he so chose.

Bertrand had his nomination as chief rejected by election officer Mary Beckett. Bertrand sought a federal court injunction to fight the decision prior to the April 26 election. The judge ruled that Bertrand would have to take the issue up with the appeal committee following the election.

Wallbridge also directed that “some person other than” Beckett be employed as the electoral officer for the upcoming chief’s election.

Wallbridge delayed giving his reasons for his order until a later date.

“I do not want the time it will take to complete my reasons to cause any delay in commencing the process for the new election for chief,” wrote Wallbridge in his order.

However, Madelaine Mackenzie, legal counsel for Acho Dene Koe council, emailed a statement to Windspeaker.com on behalf of the council saying until the “legal defects” referred to by Wallbridge were known, “there are some uncertainties in terms of what the Appeal Officer’s decision will say about how a new election is to be carried out.”

Mackenzie wrote that it was unclear whether eligibility criteria used in the past and which prohibited Bertrand from running would be able to be used in the next election for chief.

“Council awaits an interim indication of the legal basis for the Appeal Officer’s decision, and ultimately the reasons,” wrote Mackenzie.

O’Kelly says, at this point, she doesn’t know which part of her arguments for Bertrand or Duntra swayed Wallbridge.

In her submission to Wallbridge, O’Kelly outlined four points for the annulment of the chief’s election.

She also argued that Hope used the First Nation’s resources “for his electoral gain” allegedly posting on the First Nation’s Facebook page a letter on Acho Dene Koe letterhead dissuading people from voting for Duntra and Bertrand. Also argued was that the election officer “imposed nomination requirements without any evidence that they reflected the custom of the community” which prohibited Bertrand from running.

“Part of it was, in the federal court injunction to try and have Floyd’s name added to the ballot, (Beckett) swore an affidavit against him. She’s kind of out of her impartial position there,” said O’Kelly.

She also said that Wallbridge indicated it could be a few more weeks until he released his reasons.

Bertrand said he will run for chief in the new election.