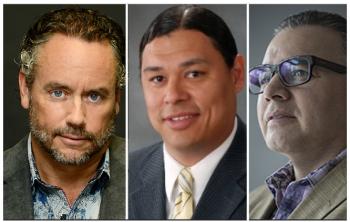 The National Coalition of Chiefs Energy and Natural Resource Summit has attracted the support of more than 70 First Nations chiefs from across Canada who are in favour of energy and natural resource development, a press statement reads.

The summit will be held in Calgary Nov. 4 and Nov. 5 at the Grey Eagle Resort and Casino.

The agenda includes a half-hour presentation from researcher Vivian Krause on the topic of foreign funding of Canadian green groups. Krause will expound on the assertion that a multi-million-dollar campaign has been waged against the Canadian energy industry to land-lock Canadian oil and gas so it can’t reach overseas markets. Premier Jason Kenney has launched an inquiry into this specific matter.

“[The campaign’s] main tactics have been disinformation and defamation, litigation, public protests and political lobbying,” said the premier. Kenney will provide a keynote to the summit on day one.

A panel titled “Successes and Lessons Learned from Line 3 Canada” will be moderated by Sheldon Wuttunee, president and CEO of Saskatchewan First Nations Natural Resources Centre of Excellence.

A keynote from Alberta Indigenous Relations Minister Rick Wilson will delve into the province’s commitment to First Nation participation in the oil and gas industry, the development of the Indigenous Opportunity Corporation, and “how together we can defeat on-reserve poverty”.

In fact, the first day of the summit agenda is heavy on presentations from provincial ministers, including Bronwyn Eyre, Saskatchewan minister of Energy and Resources and Alberta Energy Minister Sonya Savage. As well, the top brass of oil and gas organizations will present, including Tim McMillan of the Canadian Association of Petroleum Producers (CAPP), Charlene Johnson, CEO, Newfoundland and Labrador Oil and Gas Industry Association and Mark Little, Suncor president and CEO.

Dragons’ Den panelist W. Brett Wilson will moderate an open discussion with chiefs and industry leaders. He will also present the topic titled “The Lost Art of Critical Thinking”. “Through demonstrating that ‘words have meaning,’ Wilson will share his frustration with our frequent lack of “critical thinking” over key issues facing Canada,” reads the agenda.

Project Reconciliation executive chair and founder Delbert Wapass will speak to how a majority Indigenous ownership of the TMX pipeline will improve socio-economic conditions in Indigenous communities and enhance environmental protection.

The Coalition of Chiefs also plan to launch a new organization called Indigenous Strong, which is said to be comprised of “Indigenous oil and gas workers committed to supporting Canada’s oil and gas industry through public rallies and social media.”