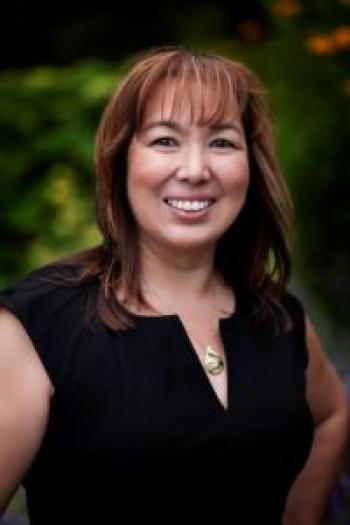 Dr. Damien Lee believes that First Nations could find themselves challenged to think beyond the Indian Act as the federal government continues its consultations on band membership and First Nations citizenship.

“I’m trying to nod towards the idea that while genealogy is important, citizenship and band membership are really political issues and are much more fluid…. What does the band want in its citizenship and how do they claim people,” said Lee. “It’s not just whoever turns up is Indian.”

Federal government consultations are the result of the Descheneaux decision, which in turn led to Bill S-3.

In August 2015, the Superior Court of Quebec in the Descheneaux decision said key provisions of the Indian Act violated equality rights under the Canadian Charter of Rights and Freedoms. These inequalities were based on gender and created inequities in eligibility for Indian registration between descendants of the male and female lines.

The Descheneaux decision said this discrimination remained despite amendments to the Indian Act in 1985 and 2011 and it raised the broader issues of Indian registration, band membership and First Nation citizenship.

Bill S-3 was passed in December 2017, addressing the issues identified in the Descheneaux decision. However, the bill went further, including provisions to remove what is commonly known as the 1951 cut-off (which is the practice of linking registration reform to the date of the creation of the modern Indian registry in 1951). It required Canada to consult broadly on the issues of Indian registration, band membership and First Nation citizenship.

It’s important that Indigenous women’s voices not get lost in the consultation process, said Francyne Joe, president of the Native Women’s Association of Canada. The Indian Act has been a constant source of discrimination, leaving some women unrecognized by both the government and their communities.

With funding from the federal government, NWAC has undertaken its own consultations.

“There’s more fulsome consultations when your own people come into the community. We understand our culture best and … community members are more willing to share their perspectives with me,” she said.

“We have quite the representation and it allows us to speak for quite a greater capacity of Indigenous women who are affected by Descheneaux,” she said.

Joe says she hasn’t looked at the “bigger picture” of Bill S-3 and the broader aspects of citizenship or membership.

Lee has and the Yellowhead Institute is suggesting that bands consider the difference between membership and citizenship.

“Citizenship is broader. It’s more about being a nation and being part of that nation and carrying responsibilities for your community and your nation. Shifting thinking away from membership in a club mentality to being a citizen who gives back, but also gets things from his nation,” he said.

Among those issues are adoption, people marrying into the band, racism, sexism and homophobia.

“The proficiency approach thinks outside that box. It says if First Nations are nations and not just members of clubs that have to beg Canada for everything, then the more people, the more citizens … the better because then you’re building a nation,” he said.

Presently there are about 220 bands who control their membership.

“Ninety-nine per cent of the bands opted to control in a way fairly reflective of the Indian Act, with most of them adopting a deficiency approach,” said Lee.

As bands had a limited time to develop their own membership codes, they automatically adopted their understanding of how Indian status works which lined up with blood quantum, he says. It illustrates his point that bands must think outside the Indian Act when it comes to citizenship.

According to federal government projections, up to 670,000 people are eligible to register as Indian through Bill S-3 and Lee says Canada needs to provide sufficient funding to bands who see their numbers increase significantly.

Lee sees Bill S-3 as having a “double-edge.” While it is working to connect people with the band the Indian Act took them away from them, it also provides a convenient opening for others.

“For those people – and this is an extreme example – who are just a plain old white person in Canada, but who want to take on an Indigenous identity because they think it comes with some sort of financial benefit or they think it’s cool, that side of S-3 may create the conditions for those people who have no relationship or care about Indigenous issues to now to be an Indian in the eyes of the law,” said Lee.

Crown-Indigenous Relations and Northern Affairs Canada appointed Claudia Dumont-Smith as the minister’s special representative to lead consultations with First Nations, Indigenous groups and impacted individuals, which will continue until March 2019.

Canada has until June 12, 2019, to report on the results of the consultation. The consultation process included input from an Indigenous advisory panel, which had representatives from NWAC, the Assembly of First Nations and the Congress of Aboriginal Peoples.