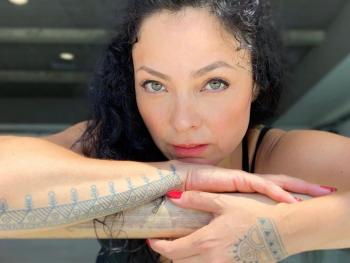 Santee Smith is one of five winners of the inaugural Johanna Metcalf performing arts prizes. Smith is a multi-disciplinary artist, who will be awarded $25,000 on Dec. 12, as will her fellow winners playwright and theatre creator Sunny Drake, composer and classical pianist Alice Ping Yee Ho, composer James Rolfe, and world music performer and composer Maryem Tollar.

In 2005, she founded the Haudenosaunee company Kaha:wi Dance Theatre which has grown into an internationally renowned company. Smith’s artistic work speaks about identity and Indigenous narratives. She is also the chancellor of McMaster University in Hamilton, Ont.

“It’s a troubling fact that the value of each Johanna Metcalf Performing Arts Prize is more than the average artist in Ontario earns per year,” said Sandy Houston, president and CEO, Metcalf Foundation.

According to the Ontario Arts Council, a 2016 Census revealed the median income of a professional artist in the province is $23,454.

“The goal of the Metcalf Prizes is to celebrate, elevate, and recognize performing artists in Ontario, and in part, alleviate some of the financial pressure that artists face, while supporting them in their careers.”

The Johanna Metcalf Performing Arts Prizes are named in honour of Johanna Metcalf, who was at the centre of the Foundation’s work for over 40 years. Throughout her life, she was an advocate for the arts who unconditionally championed the young, the new, and the emerging.

The legacy prizes serve to honour artists in Ontario who have made an impact on the field and the public, and show great dedication in the ongoing pursuit of their ambitious and visionary practices.

The five winners were chosen from amongst 15 finalists. The winners include artists in the disciplines of dance, theatre, and music/opera, and have been producing and showing work for at least 10 years.