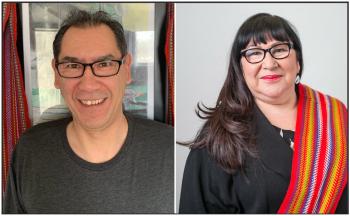 “You have to go to Prince Albert or Saskatoon to get dialysis and sometimes people really just can’t afford to even go there. It’s quite expensive to go get your medical treatment.” — Kelly Kwan, president of Métis Local 40
By Michael Bramadat-Willcock
Local Journalism Initiative Reporter
Windspeaker.com

Since launching a cancer transportation pilot program this summer, Métis Nation–Saskatchewan health minister Marg Friesen said the same support is needed for kidney patients in the province. She said access to medical transport is especially urgent in the north.

“People are either missing their treatments or are not attending for the simple fact that they can’t get to their appointments because of the transportation barrier,” Friesen told Windspeaker.com.

Under the federally-funded program that runs until October 2021, Métis patients will be reimbursed for fuel and parking costs associated with travel to and from their dialysis appointments. A similar program for cancer patients runs until March 2021.

“Once that timeline has expired then we will review and evaluate how successful the project was and how we can make it a more permanent program for Métis citizens,” Friesen said.

“We only went live with this project on Monday (and) we’ve already had uptake on it… We know a number of citizens who are already going through dialysis treatment.”

Northern residents have long dealt with hardships when seeking life-saving medical treatment that isn't available in the region.

“It takes a toll on your mental state of mind as well as your health,” said Kelly Kwan, president of the Métis Local 40 in Turnor Lake. Kwan is also the Saskatchewan Party’s candidate for Athabasca in the upcoming provincial election.

Kwan said getting treatment can mean driving between three and eight hours on unpredictable roads, assuming you can afford the cost of gas and have access to a vehicle.

“You have to go to Prince Albert or Saskatoon to get dialysis and sometimes people really just can’t afford to even go there. It’s quite expensive to go get your medical treatment,” Kwan said.

Friesen pointed a finger at the 2017 shuttering of the Saskatchewan Transportation Company (STC), which serviced remote, rural and northern communities in Saskatchewan.

“The cuts with the public transportation system here in this province created quite a barrier for people getting from point A to point B on a regular basis,” Friesen said.

“Not to mention people who relied on that system to attend important medical appointments such as dialysis or people undergoing cancer treatment.”

She said the lack of public transport in Saskatchewan has caused a great deal of concern for people in Métis communities and Métis citizens who relied on that system.

“Now we have to rely on friends and family and community members who possibly have the means to travel from a community to major centers,” Friesen said.

“We want to relieve that (strain) for Métis citizens undergoing dialysis treatment so that their experience is a bit more stress-free and they don’t have to worry about where the funds are coming from for that transportation cost.”

Applicants still need to have access to a vehicle, a licensed driver and be a Métis citizen.

Kwan said the citizenship requirement could present a barrier of its own.

He said that although MN-S began issuing citizenship cards in 2009, registration is an ongoing process that has been set back by the COVID-19 pandemic, especially in the northwest.

As a result, not all Métis have citizenship cards or are registered as Métis.

Kwan said unregistered Métis should be able to access the project through references from community members.

“We know who is Métis in our own communities,” Kwan said.

Another challenge is a lack of access to data on how many Métis citizens are kidney patients.

“Unfortunately we can’t determine how many people are affected. The only way at this time that we can determine that is for people to reach out to the ministry of health,” Friesen said.

“Because we don’t have that access to aggregated data at this moment with the provincial health authority we are just learning by recognizing that people have come forward.”

“It's from a grassroots approach that we have designed and delivered these programs,” Friesen said.

She said MN-S is working to implement a more formalized approach to aggregated data and a data sharing agreement with the Saskatchewan Health Authority.

“I’m just thankful that the MN-S is addressing some of our unique challenges as I said about travel, the distance, the quality of healthcare in our region. This is just one little step and I commend them for at least getting the ball rolling,” Kwan said.

“We certainly have a lot of areas that we need to improve on but everything takes one step at a time and I think we’re headed in the right direction.”

You can sign up for the pilot program online. More information on becoming an MN-S citizen is also available on the MN-S website.