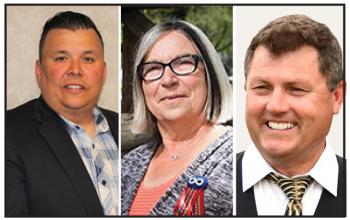 The credible assertion process outlines nine points that if met by a Metis organization commits Alberta to consulting with that Metis organization on Crown land management and resource development.
By Shari Narine
Windspeaker.com Contributor

The Metis Nation of Alberta’s fight to represent all Metis Nation citizens in Alberta now includes a battle with the provincial government.

On Feb. 13, Alberta Indigenous Relations announced that the Fort McKay Metis Community Association (FMMCA) had been granted “credible assertion” of Aboriginal harvesting rights, which means industry is required to consult with the FMMCA when natural resource developments are being considered in their traditional territory.

The day before the announcement, Poitras had sent a letter to MNA citizens outlining its ongoing dispute with the Metis National Council (MNC) and re-iterating its position about Metis community associations, such as FMMCA. Poitras stated that neither the MNC nor Metis community associations spoke for Metis in Alberta. Only the MNA is “accountable as your government,” she wrote.

Fighting on three fronts “is getting tiring because none of this needs to be happening, but it is and that is the way it is, I guess,” said Poitras.

Both Indigenous Relations Minister Rick Wilson and FMMCA President Ron Quintal believe that the MNA should see this assertion as something positive.

“This is actually good news for the MNA,” said Wilson. “It proves that the credible assertion process works and I encourage them to take part in it. It’s a good process and it shows that the MNA or any organization can do a credible assertion and have the rights that are provided for them by that.”

The credible assertion process, updated in December 2019 by the United Conservative Party government, outlines nine points that if met by a Metis organization commits Alberta to consulting with that Metis organization on Crown land management and resource development.

“It’s not a rights recognition. It’s a recognition of a duty to consult,” said Wilson, who added that the process is guided by law.

“If they’re a Metis organization, it doesn’t have to be MNA, the Supreme Court (of Canada) says under the Powley case we have to do this. It’s not an option and it’s not a political decision. This is all done at a higher level than me,” he said.

Poitras says the credible assertion process is flawed and opens the door to any organization claiming to represent Metis people.

She insists that the FMMCA is not a Métis government nor does it represent a rights-bearing Métis community.

In a news release, MNA’s legal counsel Jason Madden said, “This decision cannot be reconciled with repeated Supreme Court of Canada and Alberta court decisions on Métis rights or Alberta's constitutional duties owing to the Métis. It will not discharge the Crown's duty to consult, and it will not provide regulatory certainty.”

Poitras says that a framework agreement signed between the MNA and the province as well as the Métis Government Recognition and Self-Government Agreement signed with Canada commit both Alberta and Canada to deal with the MNA in a nation-to-nation, government-to-government manner. In other words, the MNA is not simply a Metis organization.

The credible assertion process requires a Metis organization to verify its membership.

Quintal says three years of work, including hiring experts and genealogists, searching church records and Hudson Bay records, at a cost of upwards of $400,000 from community money, and appearing numerous times in front of a panel consisting of representatives from nine government ministries went into getting this assertion.

“This isn’t just a willy-nilly political game by the UCP,” he said, noting that prior to the election NDP Premier Rachel Notley had indicated that FMMCA was on its way to earning the assertion.

He also says that in 2019 the Fort McKay Metis Nation became self-governing with the FMMCA created as the legal body. All members terminated their MNA memberships and signed declarations giving FMMCA the right to consult on their behalf.

According to the credible assertion process, Alberta will only allow one organization to represent an “asserted Metis community… for the purposes of consultation.”

Over the years, Quintal points out, FMMCA has built relationships and agreements with the oil industry through engagements.

“This is going to trigger automatic consultation with industry around the infringement of our traditional territory,” he said.

More northern Metis communities are looking at the FMMCA as a possible model to follow for community-based governance, says Quintal. On Feb. 26, seven northern Metis communities will be meeting in Fort McMurray to announce formal withdrawal from the MNA. On the table for discussion will be the formation of a group that would collectively advocate for their individual rights.

“This actually works better for the MNA, because they are already not representing this group,” Quintal asserts.

Wilson says he spoke to Poitras by telephone as soon as he found out that FMMCA would be awarded credible assertion.

“I knew she’d have some issues around it,” he said. “At first she really didn’t understand it, kind of the same as me what the implications are. So she probably had a chance to sit down with her technicians and think about it.”

Poitras says that on a second telephone conversation she told Wilson that some of the information he had provided her with was “inaccurate.” However, she would not go into further details about that conversation.

“As the Metis Nation of Alberta we have always tried to sit and negotiate rather than litigate. But as our members always tell us, if you can’t negotiate, litigation is always the answer. It appears maybe that’s what we’ve come to. I would still hope that maybe there’s an opportunity to get this correct and put it back on track and we’ll see where it goes,” she said.

As far as Quintal is concerned the MNA’s response is “absolute over-reaction and it almost comes across as desperate.”

Both Wilson and Quintal say there is no link between the announcements of FMMCA’s new status, which came two days after FMMCA said it would consider legal action against the federal government if Ottawa did not approve the Teck Resources Frontier oilsands project. Wilson says he wasn’t aware that FMMCA would be awarded credible assertion.

Quintal says the legal challenge is something FMMCA has been discussing, but hasn’t yet made a decision on. The UCP says it will support legal action.