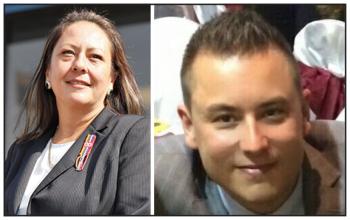 “For the provincial council to make a resolution to give themselves an extra year of being in office is a conflict of interest.” — Bev New
By Shari Narine
Local Journalism Initiative Reporter
Windspeaker.com

Métis members are calling foul and contemplating legal action after a single ballot in an unexpected third round of voting June 4 resulted in a one-year extension in office for Métis Nation of Alberta President Audrey Poitras and the provincial council.

Bev New, former president for Region 5 (High Prairie-Slave Lake area), says she didn’t even get a chance to ask for a recount before the chair of the vote and MNA executive director Aaron Barner was calling for a motion to destroy the ballots.

New, who served alongside Poitras for 19 years before losing her bid to become vice-president of the MNA in 2018, contends a third round of voting should never have taken place.

Browning says the MNA’s election bylaws (updated in 2017) are to “be identical, or as identical as possible” to Alberta’s Election Act.

Alberta’s Election Act gives the Chief Electoral Officer power, if deemed necessary, to extend the time for doing anything under the Act, “except the time for the holding of the election.”

It’s those same MNA election bylaws that the provincial council referenced in a Notice of Special Assembly, pointing to Article 3, which states the election “shall be held on the third Tuesday in the month of September in the year that the election is required,” but which also gives the MNA power to determine a different date.

New says she spoke at that special meeting saying the bylaws, both general and election, did not allow for such a postponement. She also questioned the ability of the provincial council to bring forward a motion that extended their own term.

MNA bylaws state, “A member of the Provincial Council, shall not make or participate in making a decision in his or her capacity where the elected member reasonably knows that in the making of the decision there is the opportunity to further, directly, or indirectly, their private interest…”

The vote at the Special Assembly went ahead with approximately 200 of the 50,000-plus citizenship roll of the MNA gathering in Grande Prairie. The quorum for a special meeting is set at 100 members.

The initial vote, a show of hands, gave the nod to the provincial council remaining one more year.

New called for a second vote, this one a secret ballot, which MNA bylaws permit in both the annual and special meetings. This time there was a five-vote difference, defeating the call to postpone the election.

Then, New says, Barner called for a third vote, stating he was allowed to under Robert’s Rules of Order. However, MNA bylaws say Robert’s Rules will only be used if they don’t conflict with the bylaws. The MNA bylaws set out two votes for “every question or resolution.” The first vote is a show of hands and the second is a secret ballot “if demanded” within three minutes of the results of the first vote being announced.

The third round of voting was also a secret ballot and this time the motion was passed to extend the term. The motion won by a single vote, says New, and she wasn't given the opportunity to ask for a recount.

“You keep voting on something until you get your way,” said Browning. “This is Third World.”

The ballots for the third vote were destroyed immediately, said New. While MNA bylaws set no guidelines for destroying ballots at a special meeting or annual assembly, the election bylaw says ballots must be held for 90 days and then destroyed.

“I believe if we would have had it in any region other than (Grande Prairie) it would have been a landslide defeat,” said New.

Browning had COVID and could not make the trip although members from the Lethbridge local attended.

After learning about the special meeting, Browning immediately sent a letter to the provincial council outlining his objections. He has yet to get a response.

The Lethbridge local has been joined by Calgary and Medicine Hat locals, a combined population of 18,000 Métis, says Browning, in registering a complaint with the Métis Judiciary Council. MNA bylaws task the judiciary council with “giv(ing) an opinion” or conducting an inquiry into whether a provincial council member has failed to comply with conflict of interest guidelines. The locals want the judiciary council to rule that the provincial council had no jurisdiction to postpone the election.

“Because the (judiciary council’s) funding comes directly from the MNA there’s risks about whether they’re going to be able to be impartial,” said Browning. “Largely, I don’t think there’s confidence in the impartiality.”

However, it’s a necessary step before legal action. The judiciary council is supposed to meet in July.

“There’s a substantial cost looking at taking legal action for communities that are already struggling,” said Browning, “(but) we’re looking at the possibility right now.”

Adding to concerns over the alleged MNA and election bylaw infringements is the reason offered by the provincial council for the need to extend their term: the ability to hold the next general election under the MNA’s newly-ratified constitution.

“I think that there is significant concerns in most regions that are being raised of the effectiveness of this provincial council and I think that this is a way to stall people from making a decision about who they want representing them coming into this constitution,” said Browning.

According to the Special Meeting notice, the constitution commission, chaired by Poitras, is to present the draft constitution at the upcoming August annual assembly. The constitution is to be ratified during the fall and “within a year we expect to hold elections for our Métis government as established by our constitution.”

Neither New nor Browning think its possible for the constitution to be ratified in a year’s time. As far as they are both concerned not enough consultation has taken place.

“There is no clear timeline for ratification of the constitution. A constitution takes longer than a year to ratify. There are four or five stages and the process with the federal government for it to be acknowledged,” said Browning.

He adds that he is not aware of any arrangements that have been made if the constitution is not ratified by the now-scheduled September 2023 election.

Requests by Windspeaker.com for an interview with Poitras or an MNA representative were not granted.