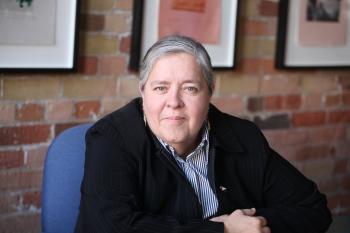 “To be able to look at our past and the way that we had ceremonies, and we marked change in our lives and learned to be respectful and kind to each other, are ways for us to look towards moving forward.” —executive director Sylvia Maracle, Ontario Federation of Indigenous Friendship Centres
By Andrea Smith
Local Journalism Initiative Reporter
Windspeaker.com

Rights-of-passage ceremonies and traditions for youth can help prevent violence against Indigenous women, girls and 2SLGBTQQIA+ people. That’s the finding in a report released by the Ontario Federation of Indigenous Friendship Centres (OFIFC).

The report, Ceremony and Transitions: Culture-based Approaches to Violence Prevention, is a response to the high levels of violence against Indigenous women, girls and 2SLGBTQQIA+ people happening today, and can even help bring forward solutions to the crisis of missing and murdered Indigenous women and girls (MMIWG), according to OFIFC executive director Sylvia Maracle.

“At the Ontario Association of Indigenous Friendship Centres, we have for a very long time worked addressing violence against Indigenous women and girls. We’ve also been working for a number of years with respect to dealing with homophobia and transphobia, and trying to recover our traditions around two spirited people,” said Maracle.

“I want to convey that (the report) was our elective reaction to wanting to address violence. And it’s a very contemporary conversation. To be able to look at our past and the way that we had ceremonies, and we marked change in our lives and learned to be respectful and kind to each other, are ways for us to look towards moving forward,” she added.

The study was carried out over one year with four major programs and organizations involved. They included:

Language was important to the work, as was a study of the renewal of Indigenous justice traditions and legal principles at N’Amerind Friendship Centre in London.

In the executive summary of the report, the authors write that the project used the USAI Research Framework, which is a community-driven research methodology that OFIFC uses for all of its research projects. Each program had a Local Community Researcher involved, who analyzed and studied the programs, and worked closely with OFIFC along the way.

In order to engage as respectfully with communities and community members as possible, OFIFC’s USAI framework uses four principles to guide it:

The report is 44 pages in length, but offers a detailed break down of the research and findings. It talks about some historical causes of violence, as well as modern day causes. Colonization and the gendered discrimination in the Indian Act are highlighted as two examples.

The authors identified two foundational common understandings of culture-based violence prevention: The importance of embodying and ‘living out’ one’s culture; and the implementation of Indigenous pedagogies (the method or practise of teaching) and their connection to successful violence prevention efforts.

And then they identified four key promising practices that could help address the violence in question. In short, those practices are:

One key finding in the report, says Maracle, is the importance of relationships. A key outcome of ceremonies for young people is that they build trusting relationships with others, which can help them become less violent themselves, and gives them someone to turn to if they experience violence from someone else.

At the St. David’s school, Nokomis—Ojibwe grandmothers—come into the classroom to work with the children, and teach the language, for example. The relationship between them and the students is powerful, she said.

While taking a tour of the program, Maracle witnessed the bond the children had created with the Nokomis and how fluently they had started to speak Ojibwe, in large part because of that strong bond.

“I thought, how cool is that… How amazing is that? That these couple hundred kids are here getting real relationships, learning and understanding, and beginning to decolonize. Because I think you can have empathy as a relation, and compassion as a relation, and then you have some skills to be able to stand up to violence, whether it’s lateral violence, or racism, or sexism, homophobia or transphobia,” she said.

And all of this can be used to teach young people what the OFIFC refers to as “everyday good living.”

“Culture” is a word some Elders have expressed concern around because of its use by the colonizers viewing Indigenous traditions from the outside, said Maracle. And rather than viewing traditions as something to participate in only on special occasions, the larger goal for OFIFC is to help young people live the principles of traditional Indigenous wellness daily.

“It’s not just something we put on once in a while... It’s our understanding of a good life. We’re trying to return to that kind of understanding, and it’s really resonating with young people,” said Maracle.

The full report can be found here.