LISTEN: Calgary festival will be a treat for film lovers 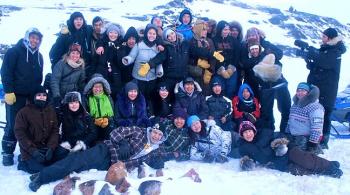 It’s going to be a big year for the Calgary International Film Festival with more than 170 films (as of this interview) in the line-up, said festival executive producer Steve Schroeder. The festival runs from Sept. 19 to Sept. 30.

“We’ve got scores and scores of features and shorts in all the genres,” Schroeder told Jeremy Harpe of CJWE 88.1 FM in Calgary.

It opens with a gala and the film The Sisters Brothers starring John C. Reilly and Joaquin Phoenix in the time of the California Gold Rush, and the festival closes with a gala and one of the most anticipated films of the season Making Coco, the Grant Fuhr story.

“He has a fascinating life story,” Schroeder said of the “greatest goaltender in NHL history” according to Wayne Gretzky, who is among the hockey stars to be interviewed for the film.

From documentaries and international films to Canadian cinema and short films, “it’s very broad. There’s something for everyone.”

The festival is primarily concentrated in two locations in downtown Calgary—the Eau Claire Market with six screens and at the Globe Cinema with two screens.

The festival kicked off with a movie trailer viewing party a while back in which organizers invite the public to come together with their popcorn to sit and watch about 60 trailers for the movies the festival will feature. The party has been a regular feature of the promotion of the festival for the past three years, and attracts hundreds.

The film festival is a complex event to organize and takes many people to help out. The festival received almost 2,700 films for consideration and a group needed watch and evaluate those. And it has taken a staff of about 80 people and 400 volunteers to organize and implement the rest of the festival.

There are six Indigenous films chosen for the show, from emerging artists to some of the best known.

THE GRIZZLIES is in that line-up. CJWE is a sponsor of the film’s screenings, which will show on Sept. 28 and Sept. 29.

“It’s a crowd pleaser for sure,” said Schroeder. It is based on a true story about a young man, a very idealistic and naïve white teacher who goes North, and decides to help inspire and invigorate the community there that he’s going to introduce the game of lacrosse and this community forms a lacrosse team.

“It’s a really beautiful fun movie, with a lot of serious notes as well. The thing I love most about the film are the performances, especially by the young, very talented Indigenous actors in the film. It’s really, really well cast. And it’s a great pleasure to watch.”

The Behind the Screen (free with RSVP) series includes talks, tours and lectures. One of the panel discussions will be led by Julian Black Antelope, and is a one-hour talk with a range of Indigenous artists about the Indigenous perspective on film.

“It’s a very important topic, because we need to do more and do a better job… in fostering and championing and promoting Indigenous filmmakers.”

For more information about the festival go to http://www.calgaryfilm.com