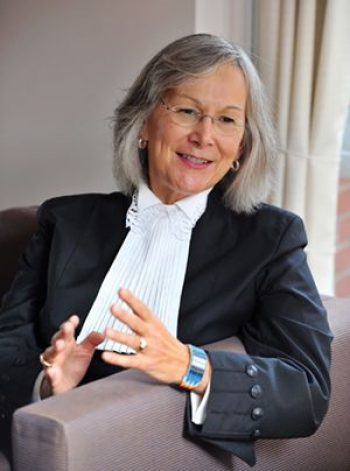 Marion Buller says she understands the frustration – even shares in that frustration – of families of murdered and missing Indigenous women and girls, but the delay in moving forward on the public inquiry has been necessary.

“We’ve been working very hard to provide … the infrastructure, which has to be there,” said Buller, the chief commissioner of the National Inquiry into Missing and Murdered Indigenous Women and Girls.

“To do anything less than have the proper infrastructure, the proper planning in place, in my view, would be bordering on negligence on our part,” Buller said at a news conference the morning of Feb. 7.

But Buller still could not say when or where the hearings would begin.

She said it was paramount that the five-member commission be invited into communities and that the proper protocol be followed so that already traumatized communities, families, women and girls would not to be further victimized.

She said that advance logistical teams for the inquiry are visiting communities now, working with families and violence survivors to prepare them for talking to the commission.

There is no database with names of families of murdered and missing Indigenous women and girls and all participation into the inquiry will be voluntary.

Buller said the hearings will not follow a traditional western courtroom style. Some of the differences could involve meeting in a circle; having family members testify together; information may be received through storytelling; expert panels made up of a wide-range of members; testimony done behind closed doors; and publication bans.

“Right now it’s a very flexible concept, obviously, and it has to be,” said Susan Vella, lead counsel for the commission.

“The conventional legal truth, if you will, testing techniques do not always do justice to the women who are trying to tell their experiences with respect to the sexual violence they have suffered.

“So we are taking lessons from this. Which is why we are going to have a very different structured fact-gathering process which will be respectful in encouraging and empowering women to be able to tell the truth in a safe and empowering way,” said Vella.

“The commissioners have a great deal of latitude in adopting the legal process which will best accomplish their mandate in terms of fact-gathering and truth-telling processes,” she said.

The commission can compel law enforcement to provide both historical and contemporary files, which will be subject to forensic review.

Despite the push by Indigenous men and boys to be included in the inquiry, Buller said their situation will only be considered under the commission’s broader mandate to look at the root causes that lead to violence.

Members of the commission were named in August 2016. Since that time, said Buller, an overall approach and strategy has been developed by the commission, through input from various Indigenous organizations and families.

Buller said about 10 per cent of the budget—$5. 6 million of the $56 million set aside for the commission’s work—has been spent.