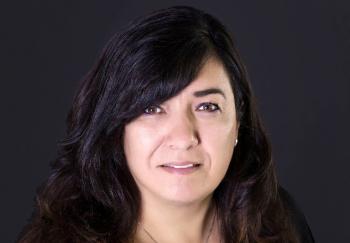 “Jennefer is a relationship-builder and is well-respected by all who know her. She will guide our ongoing journey of reconciliation and help further strengthen UWinnipeg’s bond with Indigenous people and communities.” — Dr. Annette Trimbee

Jennefer Nepinak has been named  the new Associate Vice-President, Indigenous Engagement at The University of Winnipeg, and will start in the role on Aug. 1. Nepinak is a citizen of Minegozhiibe Anishinabe (Pine Creek First Nation) and is fluent in Ojibwe.

Nepinak has held leadership roles at the Canadian Museum for Human Rights, the Treaty Relations Commission of Manitoba, and with various First Nation governments, as well as with the governments of Canada and Manitoba. She also has extensive governance experience, having served as a board member with the Assembly of Manitoba Chiefs Elders Council, the Treaty Legacy Foundation, Rossbrook House, the Helen Betty Osborne Memorial Foundation, The University of Winnipeg Board of Regents, the Canadian Education Coalition, and Manitoba Hydro.

“We are pleased to welcome Jennefer to the UWinnipeg community in the leadership role of AVP-Indigenous Engagement. She is incredibly talented, experienced, and has deep roots and connections with First Nations, Métis and Inuit people,” said Dr. Annette Trimbee, President and Vice-Chancellor of UWinnipeg.

“Jennefer is a relationship-builder and is well-respected by all who know her. She will guide our ongoing journey of reconciliation and help further strengthen UWinnipeg’s bond with Indigenous people and communities.”

Nepinak is a UWinnipeg alumna. She received a Bachelor of Arts in Sociology (1997) and is currently pursuing a Master of Arts in Indigenous Governance. She also completed her Law degree at the University of Manitoba and Osgoode Hall Law School at York University (2000), and recently received her designation with the Institute of Corporate Directors at Rotman School of Management (2018).

“I am thrilled to be returning to the University of Winnipeg and proud of the work they’ve done to reconcile with Indigenous people,” said Nepinak. “UWinnipeg’s commitment to excellence and inclusion is inspiring and I am excited to contribute, build relationships and help advance reconciliation.”

The University of Winnipeg is located on Treaty 1 land in the homeland of the Métis Nation. Nearly 1,000 students self-identify as Indigenous, which is approximately 10 per cent of the student population. UWinnipeg was one of the first universities in Canada to ensure a baseline understanding of Indigenous knowledge and perspectives among graduates.