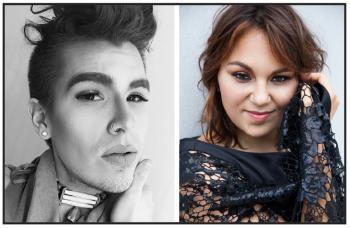 Split Tooth by Tanya Tagaq, an Inuk throat singer from Cambridge Bay, Nunavut, and Jonny Appleseed by Joshua Whitehead of Peguis First Nation are nominated for the 43rd annual First Novel Award from Amazon Canada and The Walrus Foundation.

The event will be hosted by the CBC's Shelagh Rogers and will feature guest speaker and Man Booker Prize–winning novelist Yann Martel.

The finalists for the 2019 Amazon Canada First Novel Award, alphabetically, are:

"I am always impressed by the talent the First Novel Award nominees,” said Mike Strauch, Country Manager for Amazon Canada.

"We have such a unique range of novels to celebrate, from authors that represent a broad spectrum of backgrounds and life experiences. In addition, watching the accomplished careers of some of our past First Novel Award winners is inspiring and reinforces our commitment to supporting and developing Canadian talent."

For additional information about the finalists and the Amazon Canada First Novel Award, visit amazon.ca/firstnovelaward or https://thewalrus.ca/amazonfirstnovelaward/