Indigenous woman finds her wings with flight over Botswana 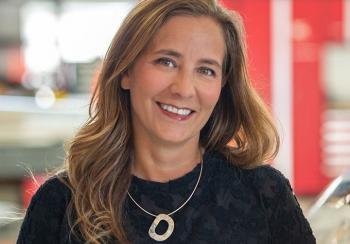 Teara Fraser is the first Indigenous woman to start her own airline, called Iskwew Air. Photo by Josh Neufeld.

“Getting my wings gave me wings for everything else in my life.” —Teara Fraser, owner of Iskwew Air
By Sam Laskaris
Windspeaker.com Contributor
VANCOUVER 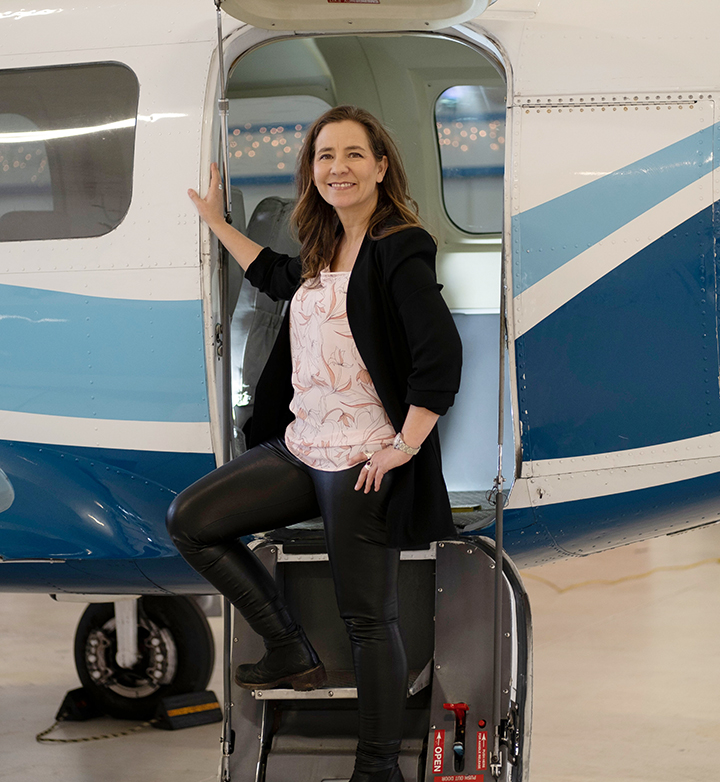 There’s been no turning back for Teara Fraser since taking a transformational flight 17 years ago.

Fraser was 30 years old when she found herself on a small airplane in the southern African country of Botswana.

Fraser, a Metis woman who lives in Vancouver, had travelled abroad in the hopes of finding out what path her life should take.

“I was a young single mom with two kids and not much else,” she said. “I was looking at the trip as a way to find myself. I knew I needed to ground myself and find out what I wanted to do.”

As it turned out, Fraser’s life took off after that soul-seeking mission as she caught the aviation bug during her flight in Botswana. A bucket list item immediately became a goal to start flying herself.

Upon returning to Canada Fraser earned her commercial pilot’s license within a year. She’s been flying ever since. And after a number of jobs in the aviation industry, Fraser, now 47, is making history.

She is the first Indigenous woman in Canada to start up her own airline company, Iskwew Air, which had its official launch on March 8. Iskwew is the Cree word for woman. 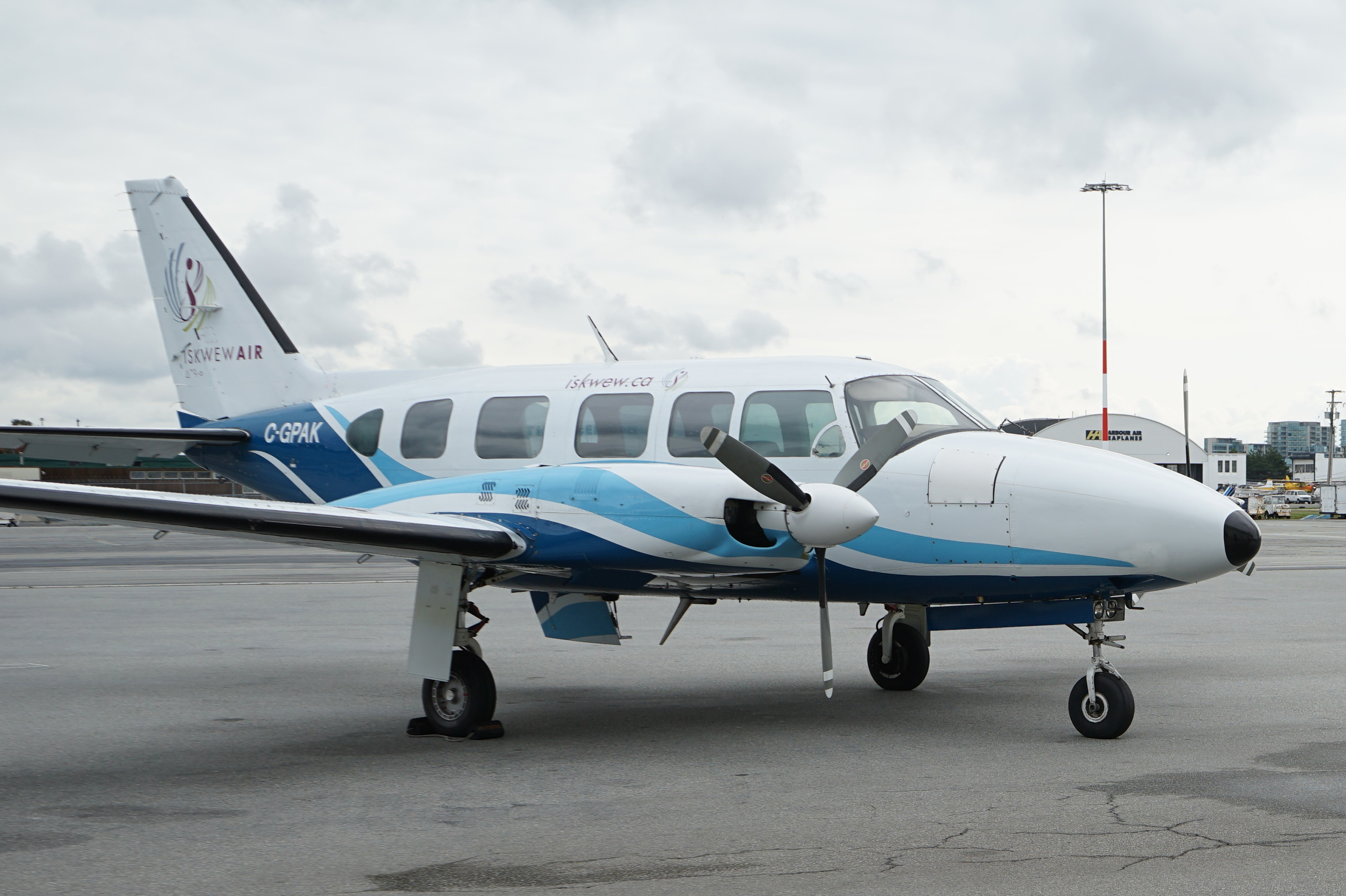 Iskwew Air, which operates out of the Vancouver International Airport, is offering charter flights.

For now, the airline is hoping to drum up most of its business by flying customers to remote Indigenous communities in British Columbia to give them a taste of life in those locations.

“I think the uniqueness is providing an authentic (Indigenous) experience,” said Fraser’s daughter Kiara Alexander-Fraser, who is the team lead of people and culture for Iskwew Air.

She is primarily responsible for branding the company and its values and how it operates.

Iskwew Air, however, is not hoping to simply attract Indigenous customers who wish to visit other Indigenous communities in the province.

“It will be for everyone, whether you are Indigenous or not,” said Alexander-Fraser.

Fraser’s daughter is obviously proud of her mother for her most recent accomplishment of starting her own airline.

“It’s pretty incredible,” she said. “The most incredible thing is how this has been a vision for her for so long.”

Though she is the first Indigenous woman in Canada to start her own airline, Fraser is not the first one to own an airline.

Laverna Martel-Harvey, who is from Hay River in the Northwest Territories, bought Wolverine Airline back in 2010.  She is now also part-owner of South Nahanni Airways.

Fraser was able to recently connect with Martel-Harvey and have a chat on the phone.

“I was so thrilled to be able to hear from her,” Fraser said. “I called her and we had a great conversation. She was supportive and encouraging.”

For now, Iskwew Air is a single plane operation. Fraser bought an eight-seat Piper Navajo plane this past September.

“Then on Sept. 21 I asked the Musqueam people if I could do business on their territory,” she said.

Fraser said when she stops to think about it, she marvels at what she has accomplished since her life-changing flight in Botswana.

“When I look back I sometimes wonder how I did it,” she said. “I did this with the support of my family, friends and community.”

Besides being a pilot herself, Fraser has plenty of other aviation experience.

For the past seven years she has served on the BC Aviation Council. During this period she has held various roles for the council, including executive director, strategic advisor and board member.

Fraser is also the CEO of Give Them Wings. This non-profit venture seeks to provide opportunities for Indigenous youth that are keen to enter the aviation industry.

This isn’t the first time Fraser has started up a company from scratch. Back in 2010 she founded KISIK Aerial Survey, a business she sold in 2016.

Fraser explained KISIK is a Cree word which combines the words ‘sky’ and ‘eye’.

“I would do aerial surveys as a pilot,” she said. “I built that business from the ground up as well.”

For now, Fraser is content to run Iskwew Air as a one-plane operation.

“We just want to get off to a good start,” she said of her new business, which has a goal of boosting tourism in remote Indigenous communities that most people would otherwise not be able to travel to.

But that hasn’t stopped her from thinking ahead to the future and possible expansion, with additional planes in the Iskwew Air fleet. But that would possibly be a few years down the road.

“Eventually,” Fraser said if she would like to add more airplanes and expand her company. “We’ll have to see when.”

Fraser obviously looks back fondly to her Botswana flight and how her life has transformed since then.

“Getting my wings gave me wings for everything else in my life,” she said.