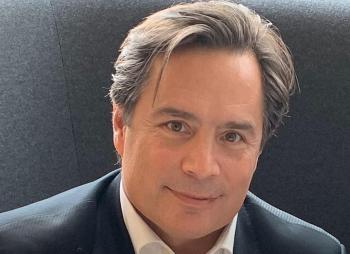 Officials with the Indigenous Tourism Association of Canada (ITAC) are getting into the music business—sort of.

ITAC is sponsoring a pair of categories at this year’s JUNO Awards. A weeklong celebration of the Canadian music scene, JUNO Week, began on Monday (May 9) and continues until Sunday May 15 in Toronto.

The main awards ceremony will be held Sunday at Budweiser Stage.

In previous years, the JUNO Awards featured one category for Indigenous musicians, the Indigenous Artist or Group of the Year.

ITAC is sponsoring both categories.

Because of the evolving music landscape across the country, the Canadian Academy of Recording Arts and Sciences announced the creation of new categories for this year’s JUNO Awards.

Keith Henry, ITAC’s president and CEO, explained why his association stepped up to sponsor the two categories this year at the national music awards ceremony.

“At ITAC, our mandate is to support the revitalization and broader understanding of Indigenous culture in a way that positively contributes to Indigenous communities,” he said.

Henry and ITAC officials are thrilled to be supporting both Indigenous categories.

“Sponsoring the new Contemporary Indigenous Award category is especially important to us as it recognizes the authentic, empowered and current music that Indigenous peoples are contributing to the music scene in Canada,” he said.

For the JUNO Awards, the Contemporary Indigenous and Traditional Indigenous categories have five nominees each.

Those in the running for the Contemporary Indigenous Artist or Group of the Year award are Adrian Sutherland, DJ Shub, Jayli Wolf, Shawnee Kish and Snotty Nose Rez Kids.

And the Traditional Indigenous Artist or Group of the Year nominees are Fawn Wood, Joel Wood, Manitou Mkwa Singers II, NIMKII & THE NINIIS and Young Spirit.

Sutherland, who is from Attawapiskat First Nation in Ontario, is the former frontman for Midnight Shine, which released four albums. He started focusing on his solo career in 2019.

DJ Shub, (Dan General), is a Mohawk from Six Nations in Ontario. He’s already a JUNO Award winner as a member of A Tribe Called Red, 2014 JUNO winners.

Wolf, who has Anishinabee and Cree ancestry, was born in Creston, B.C. She grew up as a Jehovah’s Witness and reconnected with her paternal family and Indigenous heritage as an adult.

Wolf is nominated for a JUNO Award for her performances on Wild Whisper, her debut EP, which is about her personal history.

Kish, a Mohawk from Six Nations, won the 2020 CBC Searchlight national talent contest. She followed that up by released her self-titled debut EP last June.
Kish also has a large social media following and is an advocate for Indigenous youth and the LGBT2Q+ community.

Snotty Nose Rez Kids is a hip hop duo, consisting of Haisla rappers Darren Metz and Quinton Nyce. They’ve racked up numerous accomplishments since forming in 2016, including a total of 16 million worldwide streams of their music.

Fawn Wood, who has Cree and Salish ancestry, is from St. Paul, Alta. She put out her debut album in 2012.

Now a decade later, she is being praised for her album titled kakike, which was released in the spring of 2021.

He released his first solo album titled Joel Wood – Singing Is Healing in late 2020. He’s currently working on his second album which will focus on language revitalization.

Manitou Mkwa is a family of hand drum singers from Mississaugas of the Credit First Nation in Ontario. They have been performing traditional songs and also singing their own songs for more than a decade now.

NIMKII & THE NINIIS are a group from Wiikwemkoong Unceded Territory on Manitoulin Island in Ontario.  NINIIS are members of various drum groups, and the band is fronted by Nimkii Osawamick. The group is nominated for a JUNO Award for its debut EP titled Nang Giizhigoong.

Young Spirit, from Frog Lake Cree First Nation in Alberta, was founded back in 2001. It is extremely popular on the powwow and round dance circuit.