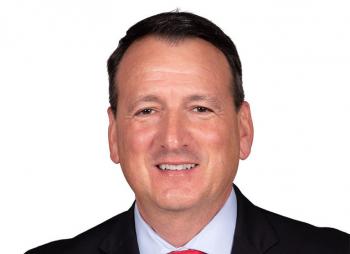 “It goes without saying that especially in northwestern Ontario Indigenous people represent the largest potential segment of the workforce that could be mobilized to meet the demands across a variety of sectors, including health care.” — Indigenous Affairs Minister Greg Rickford
By Sam Laskaris
Local Journalism Initiative Reporter
Windspeaker.com

The Ontario government has announced it will provide more than $10.6 million to train 500 individuals for health care jobs in northern Ontario.

At a news conference held Thursday, Jan. 6, it was revealed program funding would be used to train students for in-demand jobs at hospitals and long-term care homes and for those seeking employment as home-care providers.

Training will be provided at the eight Confederation College campuses located in northern Ontario.

For those program participants that are eligible, they could also potentially receive up to $3,000 to cover transportation, childcare or other living expenses.

All program participants will receive a job placement and ongoing support upon graduation.

“We’ve heard increasingly from health authorities run by Indigenous executives of the need and demand for Indigenous health human resources,” said Rickford. “It goes without saying that especially in northwestern Ontario Indigenous people represent the largest potential segment of the workforce that could be mobilized to meet the demands across a variety of sectors, including health care.”

Rickford, however, said the government has not set any sort of target of how many of the 500 program participants would ideally be Indigenous.

“I would say as many as possible,” he said. “I don’t get into the details of thresholds because we can’t force people into these streams.”

Besides various First Nations throughout northern Ontario, the program will target getting participants from many communities that have a large number of Indigenous residents. They are Geraldton, Nipigon, Thunder Bay, Dryden, Kenora, Sioux Lookout, Atikokan, Terrace Bay, Marathon, Emo, Fort Frances, Red Lake and Manitouwadge.

“Our Indigenous youth are a growing population here so we definitely are reaching out and supporting them to participate in this program,” she said. “And they always represent almost 25 per cent of our learners. We would expect that that’s probably what the same percentage would be participating in this kind of project.”

Lynch said Confederation College already has 16 partnerships in place that will participate in the training program.

“We have both Indigenous and non-Indigenous health care providers right across northwestern Ontario,” she said. “We have the largest number of First Nations in our region so they are partnering with us to get people trained so they have a reliable workforce.”

“The faster we can get people trained to help support them, like any other employer they need staffing,” Lynch said.

And there will be an increasingly greater need for Indigenous staff members.

“There are a number of plans to do some expansion of long-term care homes across the northwest on Indigenous-specific homes that provide culturally appropriate care,” Lynch added.   “So, we’re partnering with those organizations as well to help them anticipate their workforce needs.”

Rickford was one of three ministers that took part in Thursday’s news conference. He was joined by Monte McNaughton, the minister of Labour, Training and Skills Development, and Rod Phillips, minister of Long-Term Care.

“With this investment we are addressing the critical labour shortage in healthcare and working for workers in northern Ontario by training hundreds of people with meaningful and rewarding careers,” McNaughton said.

Phillips said he believes the program announced Thursday will contribute to a better long-term care system.

“Training and hiring more staff is part of our government’s plan to fix long-term care and to improve the quality of care residents receive and the quality of life they experience,” he said. “This investment will help 500 Ontarians start new careers across the healthcare sector. I am confident many of them will bring their much needed, new skills to long-term care homes right here in northern Ontario.”

Those interested the program can send an email to SAOhealthcare@confederationcollege.ca or call (807) 475-6353.