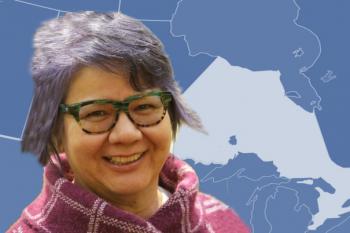 “Over time, as we really unpack this budget and see its impacts, we’re going to see how far we have come with this government and how far we still have to go." —Regional Chief of Ontario RoseAnne Archibald
By Shari Narine
Windspeaker.com Contributor

A provincial government driven largely by economic factors means the Chiefs of Ontario will need to exert extra effort to keep the agenda concerning the wellbeing of First Nations people front and centre.

“I think that (the Ontario government’s) political will is very strongly tied to the economy and building wealth in Ontario. To me that is very evident in this budget,” said Assembly of First Nations Regional Chief of Ontario RoseAnne Archibald.

Premier Doug Ford tabled his Conservative government’s first budget on April 11. While the $163 billion budget is short on details as to what it means to First Nations peoples, Archibald said it is obvious that the government’s goals are “primarily economic.” It knocked the Indigenous Affairs core funding back from $88 million last year to $74.4 million.

The budget jibes with Chiefs of Ontario priorities that support building wealth and prosperity in First Nation communities. Those goals are reflected in budget commitments that allocate dollars to Indigenous employment and training; Indigenous representation on the Mining Working Group; creating jobs in the controversial Ring of Fire region; and exploring resource revenue sharing agreements, including upholding those already signed.

However, the Ontario chiefs’ priorities go beyond economics, something made clear in the organization’s pre-budget submission to the province’s Standing Committee on Finance and Economic Affairs. That submission noted five other areas where government investment was needed: education, environment, health, justice and social services.

“What I think people within… the Ontario government have to realize is that there’s another piece of that puzzle which is the social development of communities and making sure that our First Nations have access to programs and services that everybody has access to,” said Archibald.

“This pre-budget submission is not just about dollars and cents. It is a request to ease suffering, to lift First Nation communities and people up so they can enjoy the prosperity and good that should be available for all peoples in Ontario,” the Chiefs of Ontario conclude in their submission.

“They do have a legal obligation to do that. They have an obligation under the Charter of Rights and Freedoms … as well as the (Canadian Human Rights Tribunal) ruling forcing an end to inequality, and that’s an obligation they have,” said Archibald.

She also notes concern over legislation set out in the budget that will make some government action immune to civil suits.

“They want to limit people’s ability to sue them. How does that impact us as First Nations when we’re looking at substantive equality ensuring that the Canadian Human Rights Tribunal decision is honoured?” she said.

“We are concerned with the funding reduction for the Ministry of Indigenous Affairs and the impact that it will have on the delivery of programs and services to our First Nations. This budget acknowledges several ongoing activities with our First Nations, and we are hopeful the government will maintain those commitments,” said Fiddler.

He expressed concerns about the government’s plans to repeal the Far North Act, which was included in the budget and he is not alone with that concern.

“The potential repeal to the Far North Act is certainly a concern for our northern relations, and we are going to have to take a deeper look at how this budget will affect the investments in our communities,” said Association of Iroquois and Allied Chiefs Joel Abram.

If the Far North Act is repealed, completed land use plans would fall under the Public Lands Act and it would make mineral development easier.

Chiefs assert that the budget is short on details. They say analysis will be ongoing to see what impacts other areas in the budget outside of the Indigenous Affairs ministry, like cuts to the Ministry of Children Community and Social Services, cuts to legal aid, or investments to community mental health, addictions and homecare, will have on First Nations communities.

“The proposed implications to the environment, social programs, education, and health in the short-term and over time are a deepening concern,” said Anishinabek Nation Grand Council Chief Glen Hare.

“Over time, as we really unpack this budget and see its impacts, we’re going to see how far we have come with this government and how far we still have to go, because there is quite a ways to go in terms of meaningful engagement and having a substantial relationship with Doug Ford and his government. I think on both sides that’s an acknowledged fact,” said Archibald.