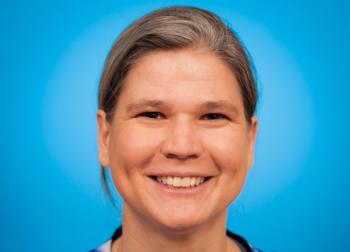 “There’s just layers and layers and layers of reasons why Indigenous people are not getting identified in this whole COVID system.” — Dr. Janet Smylie
By Shari Narine
Local Journalism Initiative Reporter
Windspeaker.com

Métis physician Dr. Janet Smylie firmly believes that getting health support from the federal government during the coronavirus pandemic should not be a competition between Indigenous peoples or those living on and off-reserve.

“I don’t want to fall into what I think is a colonial trap of arguing about one group’s need is more important than another. All our needs are connected,” said Smylie, professor at the University of Toronto. She is also a Tier 1 Canada Research Chair in Advancing Generative Health Services for Indigenous Populations in Canada.

Smylie contends that whether on-reserve or living in urban settings, Indigenous peoples have not received adequate COVID-19 funding support.

“If we look at how health and social resources were distributed for COVID, they weren’t distributed in a way that matched the size and needs of the Indigenous population and that includes First Nations people on reserve… (and for) the people living in the cities … There was less money per capita distributed,” she said.

The federal government committed $575 million for ongoing public health response in Indigenous communities and for a distinctions-based Indigenous Community Support Fund. Only $90 million has gone to support Indigenous people living in urban centres.

That lack of support can be attributed, in part, to the absence of solid population numbers.

Smylie says there’s “always room for improvement” on Indigenous Services Canada’s part when it comes to determining on-reserve population numbers, but ISC has a better grasp of that population figure than it does on Indigenous people living in cities.

On July 24, ISC released COVID-19 figures for “First Nations communities in provinces” stating 368 confirmed positive cases, 31 hospitalizations, and 337 recovered cases. Those figures were as of July 23.  According to Statistics Canada 2016, 44.2 per cent of First Nations live on reserve. However, the ISC COVID figures did not include urban numbers.

“For urban areas the gaps are marked and the problem is there’s not even an infrastructure. Most of the time the provinces, the territories, and the feds don’t actually do very much about urban data,” said Smylie.

She says she is aware of Indigenous people in Toronto who have COVID, died of COVID or been hospitalized with COVID, but don’t show up on any statistics kept.

Smylie is hoping that $700,000 in grant funding approved by ISC at the end of June will not only capture these numbers and determine the impact of COVID-19 in Toronto, which continues to be an epicentre for the virus in Canada, but will also help in determining the actual Indigenous population figure. Smylie puts Toronto’s Indigenous population at 70,000, although Statistics Canada 2016 sets it at 46,315.

The project is entitled “We Count COVID-19: Demonstrating an Integrated and Indigenous Led Public Health Approach to FNIM COVID-19 Case Identification and Response in Urban and Related Homelands”. It will see $500,000 go to local health and service providers to hire outreach workers to set-up Indigenous-specific COVID testing sites in time for an anticipated second wave of the virus. The remainder of the money will be used by Smylie to form a team that will help train community members to do the work.

Along with collecting data, Indigenous-specific test sites will provide peace of mind for those who far too often experience racism in hospitals and emergency rooms or worry that a follow-up by the public health nurse will result in a home visit and unwanted support in the form of child apprehension.

Often times, Indigenous people with “white passing privilege,” as Smylie refers to it, won’t identify as Indigenous because of fear.

“There’s just layers and layers and layers of reasons why Indigenous people are not getting identified in this whole COVID system. It’s so complicated, I said ‘Let’s just build our own system and we’ll go find our own people, and the first thing we’ll do is offer them help and support.’ And then once we offer them help and support, then we’ll say, ‘Hey are you willing to share your information?’ And the community will control that information,” said Smylie.

What happens with the data that is collected is as important as closing that data gap, Smylie said.

“I view it as an extension of our essence. If we say our genetic material, our hair is part of our sacred blood memory, then information is an extension, it’s an observation about us and we are who we imagine ourselves to be. So I think it’s very important that individuals and collectives of Indigenous peoples representing those individuals take care of that information in a very good way,” she said.

While Smylie’s work is specific to the Indigenous population in Toronto, she says she is willing to talk with other interested cities, as well as share the tools developed in Toronto.

“Being counted in is an Indigenous right and a human right. If we’re not counted and if we can’t know how many of us there are in community it makes it very hard to do planning and prepare and take care of each other and try to build good health systems and other community systems,” said Smylie.