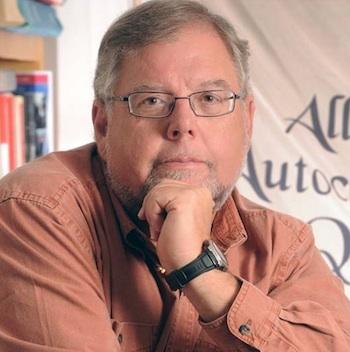 The Congress of Aboriginal Peoples is an organization that remains divided over its leader, who refuses to provide documentation outlining his Indigenous roots.

Almost since his election as national chief in 2016, Robert Bertrand’s Indigenous ancestry has been brought into question. His future as leader of the organization was the focus of a six-hour discussion and eventual vote on Sept. 20 at a special assembly preceding CAP’s annual general assembly.

Whether through “good will”, as BC delegate Scott Clark describes it, or continued “bullying”, as Elder Doreen Wabasca sees it, delegates who wanted to get rid of Bertrand abstained from voting. In return, motions from Nova Scotia to remove Vice-Chief Kim Beaudin, and from Manitoba to remove Wabasca and Youth Council representative Richard Cooper were withdrawn.

“There was a real sense of good will by the leadership in there to try to figure a way to move forward in a good way,” said Clark, founding president of the North West Indigenous Council, the CAP affiliate in BC.

But good will doesn’t translate to issues having been dealt with, he admits.

It was former CAP national chief Kevin Daniels who raised concerns about Bertrand’s Indigenous roots shortly after Bertrand’s election victory. Daniels continued to voice his misgivings at both the 2017 AGA and outside the 2018 AGA.

“The national chief has had a whole year to come forward with his genealogy and has not brought forward any genealogy whatsoever,” Daniels said.

The issue was raised again in a letter dated Jan. 1 by Clark, which resulted in a special meeting in February, which saw the 15-member board vote seven to six with one abstention to keep Bertrand as leader. At that time the National Alliance of Quebec, of which Bertrand had been president, provided its membership criteria. However, nothing specific pertaining to Bertrand’s roots were offered. This in turn pushed the PEI affiliate in spring to ask for the special assembly which the board agreed to tack onto the annual general assembly in September.

Most recently, Wabasca had a lawyer draft a letter to both Bertrand and Beaudin asking them to outline their Native ancestry.

Beaudin responded tracing his father’s and mother’s Indigenous roots back to the 1700s. Bertrand did not respond.

“He could have put this whole thing to bed … (but) he steadfast says he is a Métis person and that’s the end of it,” said Beaudin.

Wabasca believes that the push to have her removed from the board came after she had the lawyer’s letter drafted. As for the removal of Cooper, she alleges it stemmed from a confrontation last December between Cooper and Bertrand, where Bertrand and CEO Jim Devoe “went there and tried to bully their way” into the closed-door portion of CAP’s youth council meeting. The police had to be called in to remove Bertrand and Devoe, she said.

“You can’t be above the law,” said Wabasca, who adds that she was “totally mistreated” at the special Assembly.

Those questioning Bertrand’s ancestry say CAP’s bylaws call for the board executives to be Indigenous and a non-Indigenous person should not be leading an organization that is for Indigenous people.

“He’s somebody’s child, too, but he wasn’t raised the way we were,” said Wabasca.

Another concern shared by Clark and Daniels is Bertrand’s and Devoe’s ties to the federal Liberal party. Bertrand was a three-term Liberal MP for Pontiac-Gatineau-Labelle from 1993-2004 (who is not included in any list of self-identified Indigenous MPs) and Clark alleges Devoe is a “card carrying Liberal.”

Clark says membership was encouraged to elect Bertrand in 2016 as leader by then CAP vice-chair Ron Swain as a return to the “glory days” because a Liberal government had come into power.

But CAP has continued to be left out in the cold by Prime Minister Justin Trudeau, whose invitations to meet with national Indigenous organizations extend mostly to the Assembly of First Nations, Metis National Council and the Inuit Tapiriit Kanatami.

At a time when more than 70 per cent of Indigenous people live off-reserve and on the strength of the CAP-led court battle which brought about the favourable Daniels decision, CAP should be an influential organization.

According to Daniels, CAP has been ineffective because the “Liberals figure they can take control of our political institutions by putting Robert Bertrand in there.”

It’s the same way, Clark contends, that Harper’s Conservative government influenced CAP when Patrick Brazeau served as CAP national chief from 2006 to 2009. In Brazeau’s final year, he accepted a Conservative appointment to the Senate.

Clark also holds that CAP is struggling with whether it’s a service organization or a political organization.

Clark concedes that with all the “internal politicking” over the past two years, he’s not certain if CAP has had the capacity to advocate for the off-reserve status and non-status Indians, Metis and southern Inuit Aboriginal peoples its mandate says it represents.

“I think we’re just hanging on by a thread,” he said.

Editor's Note: Windspeaker.com repeatedly asked National Chief Bertrand  for an interview, and he has declined, but after we went to press with this story, our reporter did receive a written statement in which he writes the “conflict that has played out… for the past year” has been “put behind” the organization “following much needed discussion and debate.”

“Today, among our provincial and territorial affiliates, I am proud to report that there is a strong desire to work together with a shared vision for the future. For this reason, we will decline your invitation to discuss these past issues anew.”

“Transgressions and conversations happened at the Annual General Assembly which were resolved with CAP’s membership.”

The statement goes on to say the council and the representative look forward to working with Bertrand in a “productive and positive way in moving forward in unity.”