Indigenous health leader goes from the trapline to the board room 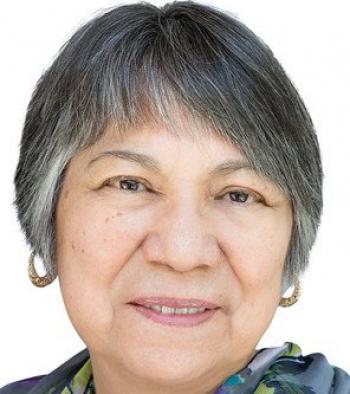 The Canadian Red Cross Society is part of the largest humanitarian network in the world.

She was born on her family’s trapline on the Eastmain River, Que. and was raised there up to age 10; she attended residential school in Fort George in the 1960s.

Now, the chair of the Cree Board of Health and Social Services of James Bay (CBHSSJB)—Bella Moses Petawabano—has joined the Board of Directors for the Canadian Red Cross Society.

The society is part of the largest humanitarian network in the world, the International Red Cross and Red Crescent Movement, and is an important partner in the Cree First Nations of Eeyou Istchee, providing support during emergencies in the Cree communities, reads a statement. Eeyou Istchee is the territory represented by the Grand Council of the Crees in the province.

The Cree Health Board is currently partnering with the Red Cross to study the feasibility of deploying a mobile emergency non-surgical hospital for the Cree Nation of Chisasibi.

At an upcoming Board meeting, Petawabano will give a presentation about cultural safety, joined by former national chief of the Assembly of First Nations Phil Fontaine and Dr. Darlene Kitty, president of the Council of Physicians, Dentists and Pharmacists of the CBHSSJB.

Petawabano has 35 years of experience working in health and social service. She started as a social aide and community worker in Mistissini, and served for 15 years as a senior manager at the CBHSSJB before being elected chair in 2012.

On that board, she reformed the governance model that is now seen as an example of best practice by First Nations across Canada.

Petawabano also long dreamed of a time when birthing was returned back to Eeyou Istchee, and under her direction, that practise has become a reality.