Indigenous economic parity needs to be an election issue— Madahbee-Leach 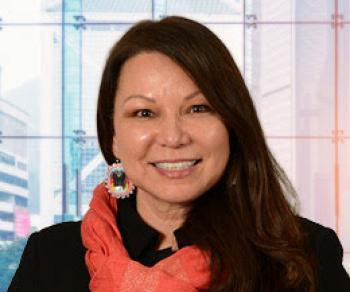 “To be quite honest, when we first did our initial benchmark report, to us it seemed really achievable.” — Dawn Madahbee-Leach
By Shari Narine
Windspeaker.com Contributor

A new report from the National Indigenous Economic Development Board (NIEDB) offers a sobering conclusion: Indigenous peoples in Canada are not on track to achieve economic parity with non-Indigenous Canadians by 2022.

In 2012, NIEDB set out that 10-year target through its Aboriginal Economic Benchmarking Report.

Despite having made progress in closing the economic gap, the NIEDB’s recently released 2019 Indigenous Economic Progress Report shows “more efforts by all” are needed for First Nation, Inuit and Métis peoples to be full participants in the Canadian economy. Read the report here:  http://www.naedb-cndea.com/en/2019-indigenous-economic-progress-report/

The report paints a particularly gloomy picture for people living on reserve, stating “drastic action” is required to close gaps and address increasing disparity between this group and non-Indigenous Canadians.

These findings are not a surprise to board vice chair Dawn Madahbee-Leach. However, that doesn’t mean she isn’t still pushing for major achievements in the next three years.

“I think we need to hold their feet to the fire here, get people to work on this, to know that in this era of reconciliation, there’s a role that everybody can play,” said Madahbee-Leach.

The 2012 Benchmarking Report set the target of 10 years to “have economic opportunities and outcomes on par with Canada’s non-Indigenous population.”

“To be quite honest, when we first did our initial benchmark report, to us it seemed really achievable,” said Madahbee-Leach.

This newest report examines the 2006 to 2016 timeframe and while gains were made in some areas, including the median individual income where the deficit gap narrowed by 9.3 per cent, and the high school completion rate gap, which saw a reduction of 4.5 per cent, these minimal gains are offset by employment rate gaps remaining virtually untouched and the gap for university completion rates increasing.

While a number of the report’s varied recommendations target the federal government pointing out where policies and programs needed to change, Madahbee-Leach said there is plenty of work to be shared by other sectors.

Corporate Canada, including small and medium-sized businesses, health organizations, educational institutions, and provincial governments all have a role to play.

Madahbee-Leach also says NIEDB has a responsibility beyond producing the reports. She believes the fact the gap still remains so large means the reports are not being read and the recommendations are not being implemented.

“So I really think the information in these reports needs to get out there…. That’s how you make change, when you have good information,” she said.

“I think there are some groups, sectors across Canada that are generally interested in playing a role. Maybe they can see themselves in this, maybe they can help with some of these recommendations.”

NIEDB needs to “build stronger links” with media and educational institutions, she said, and NIEDB also needs to ensure there is open communication between Indigenous governments and organizations so they can learn from each other.

Madahbee-Leach says NIEDB needs to ensure that this report is part of the discussion in the upcoming election.

“The Indigenous people have a strong say in who gets elected. We need to somehow get this out there to those regions so people can know this is what exists now. What are you going to do to help us change it? The economy is always a big part of any election in any major developed country and this is part of the economic fabric. We’re a part of the economic fabric, but this part isn’t being addressed,” she said.

Madahbee-Leach believes that all three major federal parties can be effective in moving economic parity forward for Indigenous people.

“I really do believe every party in Canada can make a difference if they have the political will to do so. We need to make sure they’re aware that this is what we want,” she said.

Madahbee-Leach believes any ground gained by Indigenous people has been through the work of and creation of economic opportunities by Indigenous governments, businesses and organizations.

“Despite the circumstances we work around and the limited budgets we have and the lack of economic infrastructure to build a strong business base or our own organizational base in our communities… I truly believe we’ve been the ones who’ve created any of the progress, but it’s still not been enough,” she said.