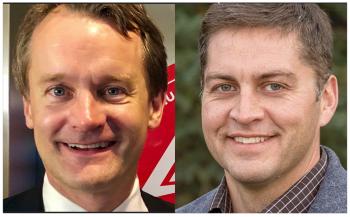 Grant Sullivan has been given plenty of assurances that he is on the right path with Nihtat Energy Ltd.

During a presentation at the Indigenous Clean Energy (ICE) E-Gathering on Tuesday, it was announced that Nihtat Energy Ltd. (NEL), of which Sullivan is president and the only employee, would receive $800,000 in federal funding in order to complete clean energy projects in the Northwest Territories.

Funding was made available through the federal Indigenous Off-Diesel Initiative (IODI), which is part of a $20 million Impact Canada Initiative, a venture geared towards helping new projects reduce the reliance of diesel in remote Indigenous communities.

The IODI was announced back in February 2019, following 18 months of engagement with Indigenous organizations, rights holders and stakeholders.

The initiative is delivered in partnership with the Indigenous Clean Energy Social Enterprise and the Pembina Institute, a non-profit think tank which was founded in 1985 and focuses on clean energy.

Canada’s Minister of Natural Resources, Seamus O’Regan, delivered opening remarks during Tuesday’s presentation and made the announcement of funding to NEL.

O’Regan praised all the partners who made funding possible.

“Working together, we’re not only supporting the development of clean energy projects, we’re making sure that Indigenous people and communities are leaders in Canada’s clean growth future,” O’Regan said.

"The Gwich'in Tribal Council supports innovative energy projects developed by our own Gwich'in participants, like Grant Sullivan, for the benefit of our communities," said Ken Smith grand chief of the Gwich'in Tribal Council. "These projects demonstrate how Indigenous communities and businesses, the Northwest Territories Power Corporation, and federal and territorial governments can work collaboratively and creatively as partners and lead the way toward a more sustainable energy future for the North."

Erin Stewart, the managing director of the Indigenous Clean Energy Social Enterprise, moderated the presentation at the ICE E-Gathering.

“This $800,000 prize is the first time that Natural Resources Canada, and maybe the federal government ever, has administered a prize like this to a business, a government or a non-for-profit and it’s going to an Indigenous business,” Stewart said.

For now, Sullivan will remain the lone employee to do NEL’s work.

“There are moments I wish I had eight more people but that’s just not where we are,” he said. “These projects are all encompassing and I really want to recognize that we’re not a large utility or developer.”

Sullivan will use the federal funding to further projects in the Beaufort Delta area, one of five administrative regions in the Northwest Territories, both this year and in 2022.

These ventures include the implementation of a solar project at the Inuvik Satellite Station Facility. This project is part of the Canadian Space Agency’s efforts to make their systems greener.

NEL’s plans also include constructing a massive solar farm in the town of Inuvik. This project, which would become the largest solar farm in northern Canada, is scheduled to commence this year and be finished in 2022.

The $800,000 federal funding Sullivan will receive is actually part of NEL’s third of four phases with its IODI participation.

Phase 1 commenced in September 2019 when project concept developments started with $20,000 in funding.

The fact the Northwest Territories Power Corporation (NTPC) was on board with project ideas from the start was beneficial.

“We were able to negotiate an MOU with NTPC directly, which really set the stage of how we’re going to interact, what we’re trying to achieve and how we’re trying to do it,” Sullivan said. “That was a good starting point.”

Phase 2, which started in October 2019 and continued until last month, included starting a solar project in the hamlet of Aklavik.

Tuesday’s funding will allow for various projects to proceed and be completed in the near future.

Constructing new clean energy projects, especially in Inuvik, are deemed vital. That’s because the town currently consumes the most diesel for heat and power of all the communities in the Northwest Territories.

Renewable energy projects in the territory will also have numerous spinoff effects, including the creation of new jobs as well as providing additional revenue streams.

“We really want to provide meaningful, near-term involvement for Indigenous populations that actually help with climate change,” he said. “(And we want to) increase the electrical generation, displace fossil fuels and uses from greenhouse gas emissions, connecting with clean power with places that need it.”

Sullivan also said it’s vital to work with Indigenous people and officials with remote communities and be adaptable to different situations for proposed projects.

“You can walk into a community and have an idea but that idea could be completely different by the end of the session and you might walk out with a different project than the one you walked in with,” he said.

The Indigenous Clean Energy E-Gathering began on Monday and continues until Friday. More than 200 people across the country attended Tuesday’s presentation.