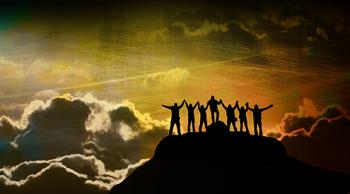 “Shame on any government that takes anything away from the good reconciliation work that’s been done so far…” — Cathy Allison, CRTC’s manager of radio policy and monitoring
By Shari Narine
Windspeaker.com Contributor

The Canadian Radio-Television and Telecommunications Commission (CRTC) is overhauling a policy that regulates the operation of one Indigenous television network and, at this time, 53 licensed Indigenous radio stations.

The Native Broadcasting Policy was formed in 1989. It was amended slightly in 2001 to bring certain aspects in line with commercial radio, such as allowing for unlimited advertising and setting Canadian music content at 35 per cent.

“It’s more that we’re co-developing a new broadcasting policy for Indigenous people, because there’s so much that has changed,” said Cathy Allison, CRTC’s manager of radio policy and monitoring.

Co-developing the Indigenous Broadcasting Policy will be done in three phases.

Those participating in the first three engagement sessions, hosted in Kahnawá:ke , Gatineau, and Winnipeg, have voiced concerns that Allison expects to hear nationwide.

The number one issue facing Indigenous broadcasters is funding, as both government dollars and advertising opportunities are limited, as many radio stations are in northern and isolated locations.

“However, (funding) is not a problem we can fix because the CRTC is not a fund-granting organization, but this is something we are hearing loud and clear.

“And one of the things we hope to achieve with the process of going through consultations and engagement … is bringing this funding issue to the attention to other parts of the Canadian government that hopefully will take action,” said Allison.

Indigenous broadcasters have access to funding through the Department of Canadian Heritage’s Northern Aboriginal Broadcasting fund. That money can be used in a variety of ways, including covering operational costs.

As Indigenous broadcasting must be owned and controlled by non-profit organizations, bingos and donations are also employed to cover operational costs.

Another concern that has arisen is the desire of Indigenous artists and producers to get exposure on mainstream platforms. While Indigenous musicians may get considerable airtime on Indigenous radio, and APTN (the only Indigenous TV network in Canada), Indigenous creators also want airplay on commercial radio or TV.

“We want to draw attention (that) this is something extremely important to the Indigenous content creators,” said Allison.

However, whether that would be addressed through the Indigenous Broadcasting Policy or the wider broadcasting policy, Allison was uncertain. At this point, the CRTC does not have a quota as to how much Indigenous music or language should grace the airwaves, whether on Indigenous or commercial radio stations.

The engagement sessions are also examining Internet and digital technologies, neither of which were options when the Native Broadcasting Policy was initially implemented. The online platforms have opened the door for Indigenous content.

The second phase of the process is aimed at the audience of Indigenous broadcasting platforms, as well as all broadcasters, such as CBC-North, which service Indigenous audiences.

She adds that communication will also be happening with the largest Indigenous organizations: Assembly of First Nations, Metis National Council, Inuit Tapiriit Kanatami, Congress of Aboriginal Peoples and the Native Women’s Association of Canada.

While the time frame to complete the work has been set at one year, Allison admits she’s not sure if that is realistic.

“I’m starting to understand more and more we need to respect the fact that there are many people who want to talk to us, that need to talk with us and if I rush the process (first phase) through too quickly, they’re not going to have a chance to have their say,” she said.

Allison says it could take 18 to 24 months to finalize the new policy.

“Co-developing is really an important, important concept for Indigenous people because one of the things we’re trying to promote now, in the government, but especially here at the CRTC, is that this is all about reconciliation. This is all about ensuring things we do here in our organization are going to support and assist Indigenous people and we understand that in the broadcasting world there is wonderful music and programming and requirements that Indigenous people have and desires they have for what they like to watch and we feel that it’s extremely important that whatever this new policy is going to be reflects what they need,” she said.

While the CRTC is a “quasi-judicial tribunal” and independent of government, Allison admits there have been times in the past when the government has directed the CRTC to “rethink a decision.” Should the government change on Oct. 21, it is unclear what impact, if any, that will have on moving forward with the new Indigenous Broadcasting Policy.

“Shame on any government that takes anything away from the good reconciliation work that’s been done so far… It’s possibly not enough and there’s a lot more that could be done, but why would any government take away the path that we’re on?” said Allison, who is non-Indigenous and considers herself “an ally.”

The next engagement sessions are scheduled for Oct 17 and 18 in Enoch. Anyone connected with the Indigenous broadcasting industry and interested in attending should contact the Indigenous Leadership Development Institute, Inc., which is facilitating the sessions, at (204) 940-1700 or email melaniedean@ildii.ca.