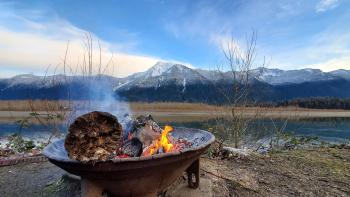 “The court finds it perfectly appropriate for government decision-makers to account for the impacts of a proposed activity on Indigenous people’s spiritual practices and to reject that activity if it can’t accommodate those spiritual practices.” — Tim Dickson
By Shari Narine
Local Journalism Initiative Reporter
Windspeaker.com

The Supreme Court of Canada (SCC) has refused hearing an appeal on a 2017 British Columbia government decision that turned down an application to allow a small-scale hydroelectric generation plant to operate on a creek that has spiritual significance for the Cheam First Nation.

SCC’s refusal Jan. 12 to grant an application for leave to appeal was in keeping with the decisions rendered by the two lower BC courts. They denied developer and civil engineer Eric Redmond’s applications to set aside the B.C. decision made by the director of authorizations for the Ministry of Forests, Lands, Natural Resource Operations and Rural Development.

Redmond appealed the director’s decision arguing the “right to freedom of conscience and religion.” He said the director violated the state’s requirement to be religiously neutral by ultimately choosing to prioritize “aboriginal spirituality.”

Redmond is an atheist and said the decision unreasonably limited his Charter right to a religiously neutral state.

However, both the BC Supreme Court in its 2020 decision and the BC Court of Appeal in its 2022 decision held that the director was not evaluating religious dogma but was recognizing the Cheam’s spiritual beliefs and practices “as worthy of protection as part of the mandate process of reconciliation.”

Furthermore, Justice Grauer in the Court of Appeal’s decision, stated, “(Redmond’s) beliefs do not entitle him to interfere with the ability of others to practice their beliefs. His desire to build a hydroelectric project in a place where he has no legal right to do so, and where the Cheam have been practising spiritual bathing for millennia, had nothing to do with a belief system protected by” the Charter of Rights and Freedoms.

Although the development proposal was within the traditional territory of several First Nations, including the Cheam, the Cheam First Nation was not a party to any of the court proceedings as the legal challenge was between Redmond and the BC provincial government.

“The case is important in that the court finds it perfectly appropriate for government decision-makers to account for the impacts of a proposed activity on Indigenous people’s spiritual practices and to reject that activity if it can’t accommodate those spiritual practices,” said Dickson, who as former legal counsel for Cheam First Nation is familiar with the project as he worked closely with former Chief Ernie Crey during this time.

Dickson points out that the decisions made by the three levels of court may be reflective of a “growing social awareness of the importance of protecting Aboriginal rights and respecting Indigenous people’s values and concerns.”

This case is important, he adds, because case law is limited on how the government must take into consideration the spiritual beliefs of Indigenous people within the duty to consult.

Had the proposed project been a large one– Redmond’s project was anticipated to produce enough energy to power an equivalent of eight houses–the director’s decision may have been a different one, says Dickson.

“The judgment is a good one, but it only goes so far…It’s not a decision that tells us much about when and to what degree the government must take those spiritual beliefs into account.”

The Supreme Court does not provide reasons for judgements in leave to appeal applications, said communications officer Caroline Carrière.